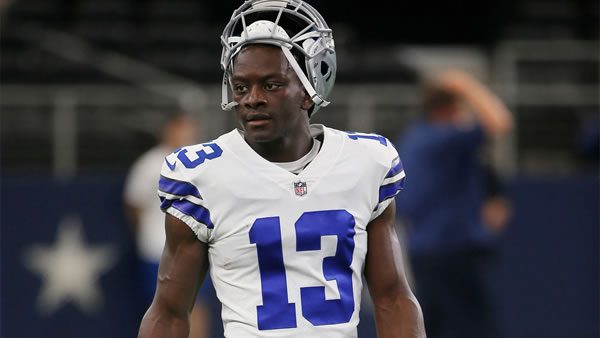 One of the more interesting divisions to break down in the NFL, the NFC east features four teams who all have a realistic shot. Sure, the odds mostly favor the Dallas Cowboys, coming off a 12-win season and looking to take a big step forward this season. An Eagles team that went 9-8 last season also served notice of a possible upsurge this season with a lot of young talent coming to bear. And teams like the Washington Commanders and New York Giants might be a notch below, but have done enough to warrant taking a harder look. With a gaggle of player movement and incoming talent, there’s a lot to take in with the NFC East this season. Let’s break it down! (Odds Courtesy of Bovada)

Last season, we saw what the Cowboys do well manifest in a big way. And what they have in place should be the envy of many teams—a dependable QB in Dak Prescott, a nice two-back attack with Ezekiel Elliott and Tony Pollard, solid receiving talent like CeeDee Lamb and Michael Gallup, along with an O-line that can make it all stick. Finding stars on defense in the form of Micah Parsons and Trevon Diggs doesn’t hurt, either, as we see a solid football machine forming in Dallas. Making them even more-appealing is they’re getting a plus-number in a division where it might come down to beating one team in the Eagles, a team they beat twice last season by a combined score of 92-47.

Granted, Philly made sweeping improvements to their roster. Dallas also lost a little in the receiver category with Amari Cooper departed. Add to it a chaotic nature to this division without a repeat divisional winner in nearly two decades and it adds a sort of free-for-all nature to this particular division. The Cowboys are a team vulnerable to injuries and after just one good season, they don’t seem totally bankable just yet. But they are the rightful favorites and might be tough to unseat this season. A very compelling choice that took this division down last season with a lot of room to spare.

Pessimism is understandable, but bear with us. You have to think getting Brian Daboll in there along with KC quarterbacks coach Mike Kafka will resonate on this offense, particularly with Daniel Jones, who faces a crossroads season. Also facing a similar fork in the road is Saquon Barkley, as the Giants hope this is the season where he rediscovers his magic. And maybe the Giants get a boost from having two picks in the first seven selections, picking DE Kayvon Thibodeaux and T Evan Neal, two acquisitions that should fortify both lines. We’ll see if this offense can take off, though they will need some stars to align. That receiver package has grown stale, Barkley hasn’t flashed the same form, and the question marks surrounding the offensive line and how well supposed top receiver Kenny Golladay fits in remain.

Some improvements along both lines of scrimmage could serve this team well. A more creative usage for Barkley, along with some growth from young receivers like Kadarius Toney, could have the Giants pointed upward. It’s a division where we’ve seen some kooky things happen before. If the Eagles or Cowboys suffer some injuries or otherwise labor, a longshot position on the Giants makes some sense. It just seems like too many things need to go right.

It’s important to note how Nick Sirianni got this team to the postseason last season and that type of overachieving display of guts and resourcefulness can really pay off when the Eagles add more horses into the mix—something they certainly did in this offseason. The prognosis is a mixed bag. You have a still-unproven, but improving QB commodity in Jalen Hurts. But he has everything he needs around him to win. That includes one of the best offensive lines in the NFL, something that could really make this all start to stick.

Remember, this is a team that made the playoffs last season. Now they add to the mix a good WR in AJ Brown to go with rising DeVonta Smith. They added a first-rounder in DT Jordan Davis, as they continue to grow in strength along both lines of scrimmage. They added a slew of talent, bolstering the middle with Kyzir White, Haason Reddick, and draft pick Nakobe Dean. When a franchise forges a playoff team when it doesn’t seem they should, respect should be given when the roster looks this improved.

On the surface, the acquisition of Carson Wentz doesn’t ignite the excitement, though with Taylor Heinicke, they have two capable guys they can stick behind center. The addition of first-rounder Jahan Dotson gives them a possible big 1-2 punch at WR along with Terry McLaurin. They have a productive young back in Antonio Gibson and their O-line should be about average. They have some interesting role guys who could be put to better use this season with some better breaks on the injury front.

The defense will need to bridge the gap and up-front and they have legit monsters in Chase Young, Daron Payne, and Jonathan Allen. It’s just that rest of the “D” lags behind the front. They are coached well by Ron Rivera and his staff, but with the rise of the Cowboys and Eagles, the Commanders don’t have that same weak division-mojo they had the last handful of years. And while an optimistic view on Washington is warranted, having that stick in a division-winning context would appear to be asking for too much.

Loot’s Pick to Win the NFC East Division: Dallas Cowboys at +135. They seem to already be where other teams in this division are trying to get. They don’t need everything to fall into place perfectly as other NFC East teams do. Bet your NFC East winner prediction for FREE by taking advantage of a 100% real cash bonus on your first deposit of $100 to $500 when you use bonus promo code PREDICTEM at Betnow Sportsbook!