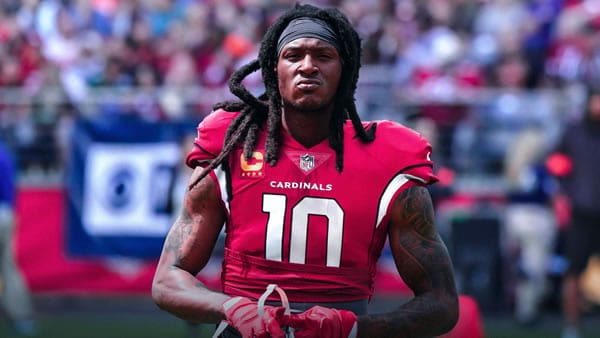 According to the odds, the NFC West is one of the most hotly-contested divisions in football. And why wouldn’t it be, with the defending NFC champion San Francisco 49ers, the 2018 conference champion Rams, a Seattle team that has made the playoffs seven of the last eight seasons, and an upstart Arizona bunch? No team is hopeless in this scenario. And no team is a sure shot, even the favored defending division champion 49ers.

With a super-fast start and a 13-3 mark, the Niners took the division over early and never relinquished control in 2019. Seattle made a run at it, falling just short, but still making the playoffs at 11-5. The Rams saw a 3-0 start evaporate as they fell apart during the season. The defending conference champions ended up at a disappointing 8-8. And Arizona was well off the pace at 5-10-1, but that was expected, and enough good things were seen to make them a team worth watching. Good things are going to happen with the Cardinals. Will it be sooner or later? Will the Rams shake off a bad 2019? Can San Fran maintain their fever pitch? Is Seattle poised to make another deep run? Let’s try to answer some of these questions, as we predict who will take down the NFC West in 2020!

Why/Why Not: I don’t know how the 49ers can be perceived as anything but a clear frontrunner. You can cite QB Jimmy Garoppolo being injury-prone, a Superbowl hangover, even if they didn’t win it, or simply the strength of other teams in the division. However, you want to look at it, they loom as the main threat, as the odds correctly suggest. They have a bright head coach in Kyle Shanahan in his fourth season with a packed roster who showed what this team could do when not snake-bitten by injuries.

Garoppolo has a lot of tools at his disposal. George Kittle is one of the best in the game at tight end, with a multi-pronged running game that punishes opponents. Deebo Samuel showed what he could do last season and could become a star. Adding two first-round picks didn’t hurt either, with WR Brandon Aiyuk, another tool for Garoppolo to wield on the opposition. The defense is packed with star talent, and adding first-round DT Javon Kinlaw makes that front all the more-fierce. At first glance, this looks like a Super Bowl contender of the highest order. And a team like that is naturally going to be fancied to win their division.

While San Francisco is the rightful favorite and quite possibly the class of the entire conference, the real work is in deciding if +105 is a good value on this proposition. Even last season, with everything going right, they couldn’t put Seattle away until late in the season. There are good teams in this division, so it’s far from a slam-dunk. They’re one bad injury from this taking on a whole different light, and perhaps we took last season for granted on that front. But that applies to other teams, as well, and even at chalky odds, this could be the best pick on the board. Bet the Niners to win the NFC West for FREE by taking advantage of a 100% REAL CASH bonus on your first deposit of $100 to $300 at MyBookie Sportsbook!

Why/Why Not: A perennial playoff presence over the course of the last decade, Seattle is still in the mix, with a fair amount of people expecting big things in 2020. They were 1-1 against all their fellow division teams in 2019. After beating San Fran at home in week 10 in an overtime classic, they were right there, but unable to close strong. In other words, they weren’t really all that far off. There is much hope that they can do better. Russell Wilson is still one of the top weapons in the league behind center, relying on a versatile run-game, with a cast of young and growing ball-catchers. With Duane Brown anchoring things at LT, a new-look O-line and how well they do could be the sticking-point with a Seattle offense.

Formerly a strength, the Seattle pass defense has been a hindrance in recent seasons and getting top safety Jamal Adams from the Jets has to help, as will the added growth of other secondary members. The middle is still strong, especially if rookie first-rounder Jordyn Brooks pans out, but the absence of a hearty pass-rush seems to remain a sore-point. And the bankability of that defense is the only thing that could keep them from taking this division. Not as strong on the line of scrimmage as the Niners, there’s a reason your return would be more than double if you picked the Seahawks.

Why/Why Not: Left out of the playoffs last season after going to the Super Bowl, the Rams were 9-7 in 2019. A 3-0 start evaporated quickly, as the firepower around Jared Goff that made him look so good in 2018 let him down in 2019. The fall of Todd Gurley and an O-line that took a few steps back are listed as the likely culprits. A lot of pieces along both lines of scrimmage were lost, and replacing them proved difficult. Good luck on the injury front evaporated, guys got a little older, and the rich depth was gone.

Still, getting Jalen Ramsey in midseason should pay off this year better, while rookie Cam Akers could surprise at running back and hit the ground running, along with rookie WR Van Jefferson. Signing Michael Brockers and Leonard Floyd could add some menace to their front seven on defense. I just think that rather than an aberration, 2019 really showed where this team is—that their window was painfully short, the rest of the division and conference has gotten better, and that the losses they thought they could absorb were just enough to make them a non-factor.

It’s unclear that anything changed markedly enough to forecast much of an upswing. The division is pretty heavy at the top with San Fran and Seattle, and the prospects that both of those teams fall flat is dim indeed. And that’s what you’re asking for if you pick the Rams—that last season was more of a mirage and that the Niners and Seahawks will take a step back. I don’t see it. And if I were willing to roll the dice, I’d want at least 9-1 for calling it right.

Why/Why Not: A pretty interesting choice for a darkhorse. They are unquestionably on the rise, and even as they were trying to find their bearings last season, they were pretty competitive. Only one of their last seven losses were by more than ten points last season, and they played the Niners tough twice, even beating Seattle at home. With a rookie QB and coach, there was a lot to like and even more looking forward to this year and beyond. They have some hitters on the defense, and perhaps rookie first-rounder LB Isaiah Simmons proves to be a difference-maker. The rest of the draft addressed both lines of scrimmage, as they start putting the things around Kyle Murray that he needs to win. Throwing WR DeAndre Hopkins into the mix could really boost this offense, as will the continued growth of a lot of youngsters.

It’s just hard to imagine. Even a 9-7 season seems to be pushing the optimism too far. Sure, there are some earmarks that are similar to other teams in the past that came out of nowhere to do big things. They have a certain appeal as a rising squad that could develop into a contender ahead of schedule. But this is a division where you might need 12-13 wins to pull it off, and that’s a quantum leap from 5 wins. And if they somehow were to pull it off, is +625 enough for them to more than double their win total and leapfrog three teams, including the defending conference champion? You could make more letting it ride and winning four straight hands of blackjack. I think there are other bets to better capitalize on a perceived Arizona upswing this season. For the absolute lowest/best priced NFL futures odds AND to lay only -105 odds on football games all season, check out our 5Dimes Sportsbook review for more reasons why they’re worthy of your business. Betting on games at reduced odds trumps ANY sign-up bonus you can receive! You’ll be so glad you made the switch! Click here to go there now!