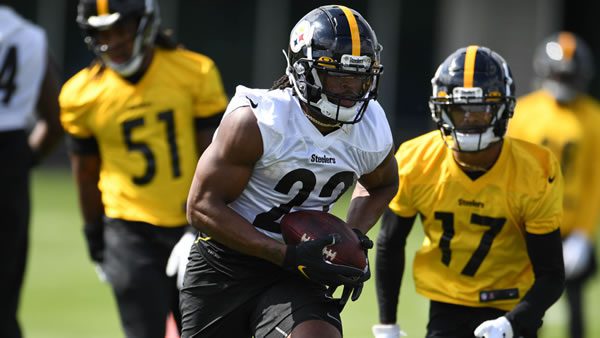 There is a star-studded cast of former offensive college stars coming into the league this season. Placing a futures bet on who will win the Offensive Rookie of the Year allows us to capitalize if we can hone in on who will be the most successful rookie. It’s a bet where you feel like a GM if you win it, as being able to pluck the best of the batch isn’t an easy thing to do. There are a lot of considerations.

One such consideration is that, unlike other futures bets, there isn’t anything tangible like a number, a stat, or an accomplishment upon which to base this award. It comes down to a vote. Last season, for example, some may have braced for WR Justin Jefferson to win the award, only to see it go to Chargers’ QB Justin Herbert. So at the end of the day, it is at the mercy of a vote.

This isn’t like the MVP award or other honors that only go to a certain type of player on a certain type of team. An offensive rookie of the year isn’t always going to be a quarterback, with running backs and wide receivers also getting the nod at a high enough degree to warrant taking an even perspective on who will win, without position biases. And it really is an individual award. In other words, the team a rookie is on needn’t even see a surge because of that rookie. It makes it a little easier to break down. You can just analyze how well a player will do and not worry so much about the team’s state for which they play. Still, a rookie who gives their team a big boost could have an edge in the voting.

There are some things that are helpful to review before plunking down your hard-earned money. We need to take a look at everyone, not just the top prospects who are getting all the attention. Things come up that could make winning this very difficult. You need to be able to determine that a player will be on the field enough to warrant a look as offensive R.O.T.Y. You might like a player, but if it’s a QB who will start the season behind a veteran or a RB who is stepping into a crowded backfield, it could all be for naught.

Let’s take a look at all the different candidates getting odds for this award. Following the list, we will list our choices for the player most likely to win the award and a few longshot possibilities that would really pay off in the event that they won. Let’s take a look!

Odds to Win NFL Offensive Rookie of the Year (Odds Courtesy of MyBookie.com)

Top Picks to Win the NFL Offensive Rookie of the Year

It’s as chalky as it gets, but if the celebrated Lawrence has a good year, that might be all it’s going to take. The media pushed this guy pretty hard, and if he delivers in any kind of meaningful way in his rookie season, those same guys could very well hand him this award. The path is clear for him as the instant starter, and he’s definitely the man to beat in this category.

Out of all rookies, it’s hard to find one stepping into a more potentially successful spot as Harris is with the Steelers. The violent and hard-running back should be an ideal fit into coach Mike Tomlin’s plans. Touches shouldn’t be a problem with James Conner having departed. The opportunity will be there for Harris to make a big impact, put up some big numbers, and take down this award.

Quite possibly the biggest athletic freak in the draft, you have a 6’6” guy who can run in the 4.4 range. He gets an active passer in Atlanta with Ryan, who will no longer have Julio Jones taking the bulk of targets. This kid can really move, almost making one recall the days of Calvin Johnson when he’s in full flight. He will be in a position to succeed.

The former LSU star receiver steps into what seems like a good situation in Cincinnati. He reunites with former college teammates and QB Joe Burrow, and if they rediscover their chemistry, things could really take off. Chase figures to get his share of targets in an offense that is starved for some real aerial production. Having sat out all of 2020 isn’t a great thing, perhaps, but he was still the first wideout selected anyway, so maybe he can hit the ground running.

Granted, size is an issue as the former Alabama star makes the transition. But the Eagles really need a top receiver, and current Eagles’ QB Jalen Hurts has a history with Smith as former college teammates. This one has a boom-or-bust feel to it, but if Smith puts up big numbers, don’t be too surprised.

With Phillip Lindsay departed, things set up well for Williams, who could make a real impact on a Denver offense that runs a lot, but doesn’t have a lot of other viable options at their disposal. If Williams can shine, he’s in a position to put up big enough numbers to warrant a hard look for this honor.

There appears to be some value with Dolphins’ rookie Waddle, a super-speedy deep-ball threat. And in what is a common theme among some top rookie receivers, he also reunites with a familiar face in former teammate Tua Tagovailoa. On a team starved for receiving talent, Waddle can make a big impact as a receiver/returner, and if Tua can up his aerial production a notch or two, who knows?