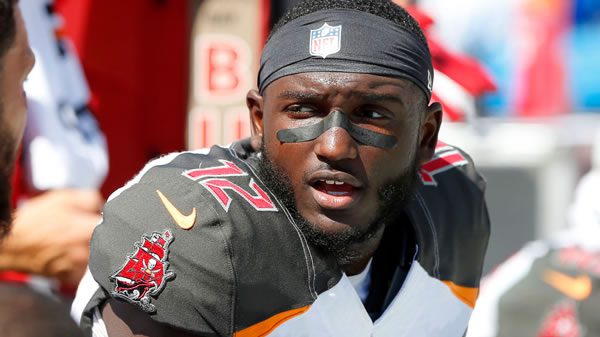 Tom Brady leads the defending Super Bowl champion Buccaneers to the City of Angels to square off with the Rams. These may be the two best teams in the NFC and BetNow has made the Rams 1 point favorites and set the game total at 54. Let’s take the defending champs to win this game and cash tickets. Here are three reasons.

Brady and the Bucs Are on Fire

Tampa Bay kicked it in gear in the second half of last year on their way to being crowned NFL champs, and they haven’t missed a beat at the start of the ’21 campaign. Brady continues to play at the highest level and is establishing himself as the front runner to win his 4th MVP. He has already thrown for nine touchdowns and 655 yards. His receiving crew of Chris Godwin, Antonio Brown, and Mike Evans rank with the top of the receiving trios in the league. The Rams secondary can’t match up with all 3 of these targets, and to make it all the more difficult for LA’s defense, tight end Rob Gronkowski is playing at about 75% of his prime, which makes him one of the top 5 tight ends in the league. Tampa has scored touchdowns on 70% of their trip to the red zone. Tampa is firing on all cylinders and should be able to stay hot in Los Angeles. The Bucs will run it with Leonard Fournette or Ronald Jones when they need to, but Brady and Coach Bruce Arians have shown they want to throw the ball and put pressure on the defense from the opening kick. They have scored 42 points in the first halves of their two games, so look for them to start hot and stay hot against the Rams.

LA’s defense has a good start to the year, and of course, they have 2 of the best defensive players in the league in Aaron Donald and Jalen Ramsey. They have only given up 670 yards in their two games but have faced Andy Dalton and Carson Wentz (and Jacob Eason when Wentz got hurt.) LA dominated Dalton, the Bears, and their weak offensive line, but Wentz played a respectable game behind the Colts top-notch O-Line. This week they get another elite O-Line with the GOAT at QB. Donald and Ramsey can only do so much, so they will need help from the balance of the secondary and Leonard Floyd to get pressure on Brady. The Rams don’t have a linebacker that can handle Gronk, so they will have to scheme something up for him. The Rams should have better success against Brady and the Bucs than the Falcons did last week, but they can’t shut down this offense.

LA’s Offense Will Be Challenged

Matthew Stafford has so far lived up to Sean McVay’s hopes and expectations when he traded to acquire the QB. Stafford has opened up the whole McVay playbook while leading the league with 10 yards per attempt. Cooper Cupp has proven to be Stafford’s go-to guy with 21 targets and 16 catches through the first two contests. Stafford will look to Cupp often against the blitz-heavy Bucs, and also Robert Woods and tight end Tyler Higbee. The LA offense relies on a solid running game to set up play-action passes for Stafford, but running may prove a little more difficult this week. Darrel Henderson and newly acquired Sony Michel have gained 4.3 yards per attempt coming into this contest, but Tampa’s first two opponents haven’t had any success on the ground. LA needs to get their running game going this week to keep their balance, but McVay may follow the Cowboys and Falcons lead and just come out passing.

Tampa’s defense has not picked up where they left off last year. Tampa has allowed the 24th most points in the league and is 30th in passing yards allowed. They have shut down the run, but that has just made teams more inclined to take advantage of them in the passing game. Tampa’s defensive coordinator Todd Bowles is one of the best defensive minds in the game, specializing in blitz packages, so it is troubling that the Bucs have only 2 QB sacks registered so far. Stafford has been well protected – only going down twice so far – so this could be the key to the game. Look for Bowles to dial up some exotic blitzes to try and make Stafford uncomfortable. If Stafford has all day to throw, it will take 35 points to win this game.

This game is pitting two relatively evenly matched teams. Both are very well-coached, have superstars on both sides of the ball, and have legitimate Super Bowl aspirations. I think we have to go with the best quarterback. Stafford has looked good so far, but he never could win the big game in Detroit. Brady is the GOAT because he wins big games when all the marbles are on the line, or it’s week 3, and it’s just a team that might stand in his way to get to a Super Bowl in 4 months. Stafford will have a lot of chances to win big games and may be able to elevate his game to get the Rams over the hump, but he hasn’t yet proven he can do that. With everything else pretty close to even in this one, we have to ride with the better quarterback – and that’s definitely Brady.

Please the Bucs +1 in Los Angeles

Look for the Bucs to take care of business at SoFi Stadium against the Rams this week. I also like the Over 54 -or even better - the Bucs team total over 26.5 or 27. The Bucs 2 games have recorded 60 and 73 points, while the Rams have been in the 50 neighborhood for both of their games, but they got out ahead and turned a little conservative in both. Both teams will be full throttle for 60 minutes. Get your Over tickets early.