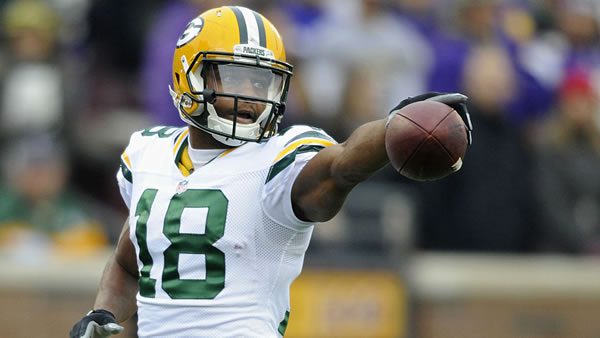 Point Spread: GB -3/CIN +3 (Intertops - The oldest bookie online! Trustworthy as can be and offers Predictem readers a 200% bonus on your first deposit of $25! Must use bonus code ROOKIE200)

The stats say that a 3-1 start gives an NFL team about a 67% chance of making the playoffs, so while we are still just under a quarter of the way through the season, the good teams are already looking ahead to their postseason plans. Two 3-1 teams square off this weekend as Green Bay heads to Cincinnati, with both teams looking solid in the early going. This is the Bengals’ third game against NFC North foe with a win against the Vikings and a loss to the Bears already in the books. Green Bay shook off a poor effort in Week 1 to win three straight but will battle a spate of high-profile injuries this week.

Green Bay is 6-2 ATS in their last eight games overall with a 4-1 record against the spread when they play a team with a winning record. Cincinnati is 5-2 ATS in the last seven as a home underdog but has a 1-6 ATS record in the previous seven following a straight-up win. The OVER has been profitable in Packer games recently, with a 6-2 mark in the last eight overall and a 5-2 record when Green Bay is the favorite. In contrast, the UNDER has paid in four of the previous five for Cincinnati and in 7-of-11 when they are getting points. About 70% of the public money is on Green Bay, and the OVER is seeing about 66% of the action.

Green Bay will go as Aaron Rodgers goes, but he may have to be a one-man show for a while as injuries mount. The team lost Za’Darius Smith for the season and has yet to see OL David Bakhtiari take the field. The offensive line is in more trouble with G Elgton Jenkins questionable, and C Josh Meyers added to the injury report. CB Jaire Alexander is likely to miss the game with a bad shoulder, and CB Kevin King has not yet cleared the concussion protocol. That is a lot of key pieces on the injury report, but some help is on the way with Green Bay reportedly adding former Dallas LB Jaylon Smith. Green Bay is bottom-10 in passing and rushing yards per game, but Rodgers has been remarkably efficient since Week 1, throwing for eight touchdowns and zero interceptions in the last three games. Davante Adams leads the NFL with 31 receptions, and Randall Cobb emerged the previous week with two touchdown grabs. The defense has been solid, ranking in the top-10 against the pass with six takeaways. The pass rush needs improvement, but the secondary has balled out with Eric Stokes notching six pass defenses.

More Picks: See who Loot is betting in the 49ers at Cards game >>>

Three of Cincinnati’s first four games have been decided by just three points each, including last week’s 24-21 win against Jacksonville. The Bengals are top-10 in yards and points allowed, so they stand a chance of keeping this one tight again. The offense is bottom-10 in yardage gained and 20th in scoring at 23 points per game, so Cincy will look to avoid a shootout. Joe Burrow has been efficient in completing 73% of his passes, finding rookie Ja’Marr Chase for four of his nine touchdown throws. Joe Mixon leads the team with 353 rushing yards but his day-to-day with an ankle injury. Samaje Perine would get the start if Mixon cannot go with Chris Evans filling the passing down role. Mixon has averaged 22.5 touches through four games, so that that duo could be heavily counted on. Cincinnati is 9th in sacks for and 5th in total QBR allowed, but Rodgers is by far the best signal-caller they have faced this season. Their best chance to hold this offense down is to stifle the run early and go after Green Bay’s injured offensive line in obvious pass situations.

With Rodgers rounding into shape, it will take a herculean effort for Cincinnati to pull an upset, and it is much more likely that Green Bay gets a lead they can hold on to, even with a banged-up defense. Cincinnati is clearly on the rise as a franchise, but Green Bay is a clear step up in competition, and they appear to be just hitting their offensive stride. With A.J.Dillon coming into a more prominent role alongside Aaron Jones, GB now has a power back to finish off games. Look for a lot of him in the second half as the Packers salt the game away. The Bengals have a nice trio of wideouts with Chase, Tee Higgins, and Tyler Boyd, so I think they can hang some points on board, but it won’t be enough as Green Bay gets out of town with a 29-21 win.

Ted Walker’s Pick to Cover the Spread: Green Bay Packers minus the field goal. Bet your week 5 NFL picks for FREE by taking advantage of a 100% REAL CASH bonus on your first deposit of $100 to $500 at GTBets!