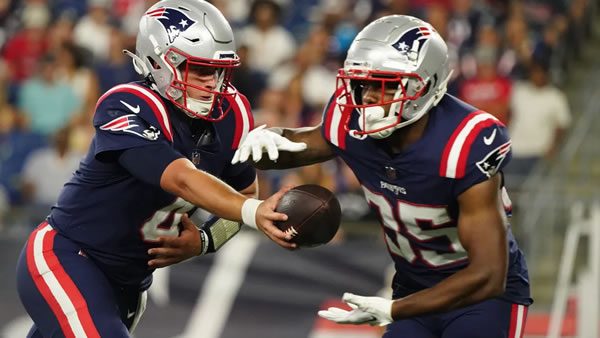 Both teams are still alive in the playoff race, although New England has a much higher chance of making it to postseason play than Las Vegas. The Patriots will undoubtedly be feeling the pressure given their remaining schedule, as the Raiders are the only team left on their slate that’s under .500. Following this matchup, New England sees Cincinnati, Miami, and Buffalo, which could easily put the Patriots on the wrong side of .500 for the second time in three seasons. If the COVID campaign is ignored, a losing season would be the Patriots’ first since 2000, Bill Belichick’s first year in Foxborough.

New England’s margin for error is slim, but Las Vegas’ margin for error is zero. The Raiders would clinch a losing season with a defeat, and given that the Patriots would then own a tiebreaker over Vegas, a loss would essentially spell the end of any playoff hopes. The Raiders had won three in a row before taking a loss to the Rams, and their leaky pass defense continues to serve as a tonic to anyone who’s willing to take them on. That might not describe the Patriots very well, however, because Matt Patricia coaches more not to lose as the offensive coordinator than trying to coach to win. The Patriots know that they don’t have the right personnel to try to win games against the best of the AFC East, but this is a game where they’re the better team and should go for the win. Whether they will remains the main question.

How the Public is Betting the New England/Las Vegas Game

This game looks like the sharps believe heavily in the Raiders, as the line has swung from New England by a point to Vegas by a point. The total has jumped by half a point from 44 to 44.5

For whatever reason, New England seems to save its best offensive games for when it goes on the road. The Patriots have scored at least 20 points in five straight road games while getting held to 14 or less in three of their past four at home. New England quarterback Mac Jones got to throw a fair amount last time out against Arizona, and while he didn’t put up huge numbers, he did throw for over 200 yards and kept the New England offense moving for most of the night.

Against the Las Vegas defense, New England has to play to win rather than playing not to lose. The Raiders rank 29th in the NFL against the pass and give up 24 points per game, which should create opportunities for Jones to throw for big yardage. Part of last game’s strategy was by necessity because Rhamondre Stevenson wasn’t at full strength, and with the run game still nowhere near 100%, the Patriots will likely look to attack where the weaknesses are and where their strengths fit. That makes Hunter Henry and Nelson Agholor big parts of this week’s strategy, as both should find space in the Vegas secondary.

Last week was a game of two halves for the Raiders, as Vegas scored on its first three drives of the game before throwing an interception to close out the first half. The Raiders then barely did anything in the second half, moving the ball just 57 yards for the final 30 minutes and scoring only after the Rams missed a field goal to set them up in close range for Daniel Carlson.

With Vegas coming off an ugly showing from both Derek Carr and the ground game, it’s important to get both Carr and running back Josh Jacobs going as early as possible. That might be a challenge against a New England defense that has mostly played well for the past six weeks. The Patriots rank fifth in the NFL in points allowed and have held three of their past five opponents to 13 points or less. Granted, part of that was because they got to play the offensively challenged Colts and Jets, but the Raiders got stopped cold by a Rams team that wasn’t doing much of anything right last week. If Los Angeles could close them down, New England should be able to do the same.

Taking the road team has been the way to go in this matchup in recent years. The visitor is 4-1 ATS over the past five meetings, and more often than not, the visitor has been the Patriots. New England is 5-1 ATS in the past six meetings, and that’s in part because New England tends to tee off on weaker opponents. The Patriots have covered in 36 of 51 against a team with a losing record, and more often than not, the Raiders have come in under .500.

However, in recent years, New England has come into December, leaking oil. Belichick’s past three teams just haven’t finished strong, and the Pats are just 2-6 ATS in December over their past eight contests. The Raiders haven’t been that good in December either, failing to cover in seven of 10 in the final month. That said, Vegas plays up to its competition, covering in four straight against teams over .500.

In the Raiders’ dome, weather plays no factor.

The Raiders’ weak pass defense is too much of a glaring hole for me to ignore in this situation. Las Vegas hasn’t been able to stop anyone through the air, and New England has played more aggressively in road games this season. The Patriots should come in with the right game plan for this matchup.

I’ll back New England here. Be sure to check out our Free picks page for our BEST BETS!