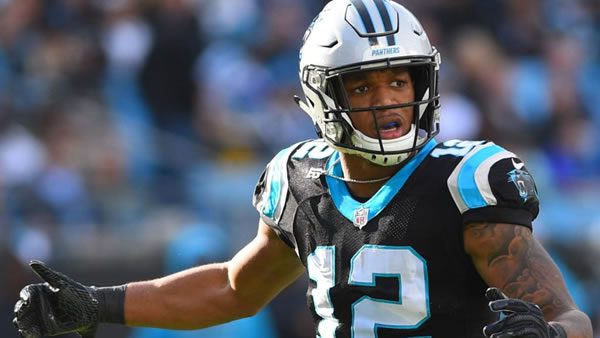 Point Spread: PHI +4.5/CAR -4.5 (Bovada - If this bookie isn’t in your sports betting arsenal you seriously need to check them out! So much to like there! 50% real cash bonus, rebates on ALL wagers whether they win or lose, lightning fast payouts! The class of the industry!)

The Carolina Panthers’ undefeated record came to an end last week on the road in Dallas. The Panthers’ defense was obliterated by the Cowboys’ balanced offense, and a couple of turnovers by QB Sam Darnold proved to be the nail in the coffin. Despite the setback, the Panthers are still 3-1 SU and 3-1 ATS which is their best start in the last six seasons. Judging by the play of the rest of the NFC South, the Panthers are legitimate playoff contenders and perhaps dark horses in the NFC South. In order for that narrative to hold true, the Panthers must bounce back this Sunday when they host the struggling Philadelphia Eagles inside Bank of America Stadium.

After also getting blown out by Dallas in week 3, the Eagles displayed some grit last week by being competitive against the former AFC Champions in the Kansas City Chiefs. Ultimately, the defense failed to stop QB Patrick Mahomes and WR Tyreek Hill, which led to their 42-30 demise. Despite the loss, the good news is that young Eagles QB Jalen Hurts played much better against the Chiefs by completing 32 of 48 passes for 387 yards with two touchdowns and also added another 47 yards on the ground. The Eagles have made it clear they are dedicated to the passing attack with 87 attempts over the last two games, and I believe that will create an intriguing match-up on Sunday against a Panthers’ defense that just recently lost star CB Jaycee Horn.

More Picks: Get Jay’s Jets at Falcons Prediction Against the Spread

In last week’s preview, I alluded to the fact that expectations for the Panthers were starting to get overheated following an incredibly soft schedule to open the season. Not only did I back the Cowboys, but I also stated the “over” was the best play on the board, which proved to be an easy win. For this week’s homestand against Philadelphia, I think the Panthers are ripe for the upset. Ultimately my justification for this belief is simply based on the match-up. Carolina’s defense has some strength upfront, and they do a decent job of applying pressure in the passing game.

The problem is that Head Coach Nick Sirianni’s offense is designed to get the ball out quickly, and they will also frequently have Hurts on the move. Both of those options will stifle a pass rush. Most importantly, the Eagles have tremendous speed, which I believe is going to create serious problems against an inexperienced secondary. With Jaycee Horn on the shelf and now LB Shaq Thompson’s availability in question, this could easily be a trouble spot against speedy threats like DeVonta Smith and Quez Watkins. I have confidence that the Eagles will find success on the offensive side of the ball, but that does not necessarily equate to a cover.

The Eagles’ defense proved they could not be trusted last week when they gave up five passing touchdowns to Patrick Mahomes, including three scores to Tyreek Hill. This Eagles pass defense has been torched in recent weeks, and the Panthers have the skill players to test them again on Sunday. WR DJ Moore remains one of the most underrated receivers in the league. Not to mention, you have a burner in Robby Anderson and a rising talent in Terrace Marshall. Of course, the passing attack will only be as good as QB Sam Darnold, and I believe the jury is still out on Darnold. With that said, the Panthers’ offense should create scoring opportunities.

Jay’s Pick to Cover the Point Spread: I believe the Eagles could pull off the upset. However, I believe the “over” is the more reliable play. Take the over 45! Bet your week 5 NFL picks for FREE by taking advantage of a 100% REAL CASH bonus on your first deposit of $100 to $500 at GTBets!