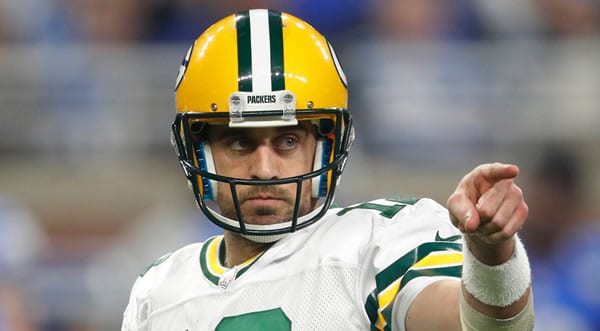 Early season results can be unreliable indicators in the NFL, and what you are in Week 1 may have no bearing in what you are in Week 4. Two teams that have seen major momentum shifts over the opening three weeks will tangle in Green Bay this week as the Pittsburgh Steelers head to Lambeau to take on the Packers. Pittsburgh opened with an impressive win against Buffalo but have scored just 27 points in the following two games, both losses, and now fight to avoid a 1-3 start amid significant injuries. Green Bay put in perhaps the worst Week 1 performance with a 38-3 loss to New Orleans, but they got right against Detroit and walked off with another W against San Fran on Sunday Night. This is a rare pairing as these teams have met just four times since the start of the 2009 season, and Pittsburgh got the better of the last meeting with a 31-28 win in 2017.

Pittsburgh has been on a bad run of late, going 3-7 against the spread in their last ten overall, but they are 19-7 in their last 26 when they are the road underdog. Green Bay is 5-2 against the spread in the last seven overall and also 5-2 ATS in the last seven as a home favorite. The under has hit in six of the previous nine when Pittsburgh is a road dog, but the over has paid in each of the last four Green Bay games at Lambeau. Nearly 73% of the public money is coming in on the Packers through midweek betting, with roughly 68% of the action on the over.

Bruised in the ‘Burgh

The Steelers have seen some of the most significant injuries in the early going, with WR Diontae Johnson and LB T.J. Watt missing last week’s loss. Those two got in limited practice sessions on Wednesday and appear on track to play this weekend, but Ben Roethlisberger and JuJu Smith-Schuster are much less likely to suit up as both deal with chest injuries. Starting OL Chukwuma Okorafor is questionable with a concussion, and that won’t help a running game that is already dead-last in the league at 53 yards per game. That offensive line has also given up the fourth-most sacks to start the season, and the Steelers are 28th in points at 16.7 per game. Mason Rudolph sits second on the depth chart at QB and should see the start if Roethlisberger cannot go, but Dwayne Haskins could also be part of the plan. For what it is worth, Rudolph and Haskins wouldn’t be tremendous downgrades from the current version of Big Ben, who has just three touchdowns and three picks on the season. Getting Watt on the field may be the biggest key for this weekend as he has three of the four-team sacks so far and anchors the 8th best run defense.

Aaron Rodgers has predictably pivoted from a terrible outing in Week 1 and has thrown six touchdowns, and no picks over the last two weeks. Green Bay also figured out how to get Aaron Jones the ball despite some O-Line injuries hampering the run game, and the Pack has averaged 32.5 points per game after scoring just three against the Saints. This team isn’t quite in cruise control yet as they needed a minor miracle last week and let Detroit hang around as well, but the team is trending in the right direction. Davante Adams leads the league in targets and receptions through three weeks, and he should have another good game with Pittsburgh ranked 20th in pass defense. The Green Bay defense has notched just two sacks, and they miss Za’Darius Smith, but they enter the week 9th in passing yards allowed and have 11 pass defenses over the last two games. The offense needs some secondary playmakers to emerge, and the defense needs a more consistent pass rush, but Green Bay is getting production from key players on both sides.

Take the Home Team and Lay the Points

The Steelers have one of the best groups of young skill players in the league, including rookie RB Najee Harris and TE Pat Freiermuth alongside WRs Johnson, Smith-Schuster, and Chase Claypool, but it seems like Pittsburgh is somehow coming up with less than the sum of those parts. That isn’t a good sign as they head into Lambeau with Green Bay’s offense rounding into shape after sputtering early. Even with Roethlisberger, I don’t give Pittsburgh much of a chance to crack the 24-point threshold, and I think Green Bay is headed for another 30-plus point outing. You can put Green Bay in a bad spot with a good run game, but Pittsburgh doesn’t bring that to the table, and when forced to throw, Pittsburgh will have to beat a good secondary led by Darnell Savage and Jaire Alexander. Green Bay wins the ground game, the pass game on Sunday, and the turnover battle, which is too much for the Steelers to overcome. The home team stretches out in the second half and cruises to a 33-20 win.

Ted Walker’s Pick to Cover the Spread: Green Bay. Bet ALL your Week 4 NFL picks FREE by taking advantage of a 100% REAL CASH bonus on your first deposit of $100 to $1000 at Betnow Sportsbook!