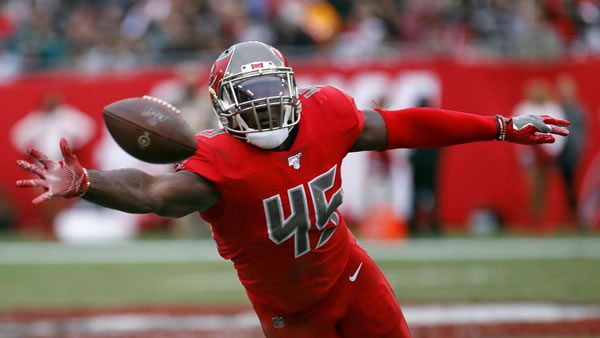 All eyes will be on Foxboro this Sunday Night when the prodigal son Tom Brady comes home to lead the defending champion Tampa Bay Buccaneers against Bill Belichick and the Patriots. Betanysports.eu has made Tampa Bay 6.5 point favorites and set the over/under at 49. Both teams are coming off ugly losses, so both will be primed to rebound, but the play is to lay the points and take Brady and the Bucs. Here is the handicap.

The Patriot Offense Is not Ready for Prime Time

Going into last week, the consensus of the football world was that Mac Jones was the best of the rookie quarterbacks. On Sunday, we learned that Jones may have been okay against a mediocre Dolphin defense and pretty good against a bad Jets defense, but it was a different story against the Saints top shelf unit. No doubt Bucs defensive coordinator Todd Bowles will see the blueprint for how to shut down Jones and the Patriot offense and probably make things even harder on Jones this week. New England managed only 13 points last week, averaged less than 2 yards per carry by their running backs, and converted only 36% of third downs. The lack of a rushing attack forced Jones to throw 51 times, and Jones finally looked like a rookie, averaging only 5.4 yards per attempt and throwing three picks. Jones had no answers for the Blitzes New Orleans was throwing at him, and the receivers showed no ability to separate. Jones better study the film because he will get another hefty dose of pressure this week from the Bucs. The Patriots offense doesn’t have any dynamic athletes that can break big plays, and Jones can’t sustain drives against this Tampa Bay defense.

Tampa’s defense will be ready for the Pats. They have not been as good early this year as they closed out last year, but they are still an elite unit. They have struggled to get sacks in the early going this year, which has allowed teams to have some success throwing the ball. Their run defense is probably the best in the league, so the Rams last week and the Cowboys in Week 1 didn’t really even try to run. They just decided to use short passes as running plays. Those teams have quarterbacks that threaten the whole field, so the Bucs defense has to respect the bomb, but Jones and the Patriots don’t have that in their arsenal. Bowles will draw up some exotic blitzes and confuse Jones all night which will probably lead to more turnovers. Tampa already has four interceptions and will probably notch a couple more Sunday Night.

Brady and the Buc Offense Will Score

Coach Bruce Ariens offense leads the league in points scored at 34 per game. The offense is a pass-first unit that runs only to complement the passing game or put games away as the clock winds down. The Patriots pass defense has not been challenged yet this year, but they don’t have the personnel to match up with Mike Evans, Chris Godwin, Antonio Brown, and Rob Gronkowski. Brown missing the game with the Rams was a huge loss for Brady and the Bucs. Having the whole unit in on the field in Foxboro will be too much for the Patriot defense to handle. In Los Angeles, 3rd down specialist Giovani Bernard saw his first extended action of the year and added another wrinkle to the Buc attack, but he is nursing a knee injury, so he may not play. Brady has practiced against the Belichick defense for 20 years, so he knows what to expect and will be ready for any new wrinkle his old boss throws at him. Brady already has thrown for ten touchdowns, and we should expect three or four more this weekend.

The New England defense is only allowing 160 passing yards per contest, but that is against Tua, Zach Wilson, and Jameis Winston nursing a lead. Star cornerback Stephon Gilmore has yet to get on the field, leaving the team without a shutdown corner on the back end to allow the front 7 to be more aggressive. The Pats have also not been very good against the run, which could allow Leonard Fournette to get going on Sunday Night. New England has been getting to the QB this year, recording nine sacks through the first three contests, which will be their only chance at slowing down the Bucs attack. Brady is a master at getting the ball out when pressure comes, so don’t look for New England to turn the game around with their pass rush.

For the last 20 years, Belichick has been able to make a game plan to exploit the weakness of opponents to give the Pats the edge. This may have been playing fast and scoring or locking down opponents to keep the score low. He won’t be able to do either this week. Count on Brady and the Bucs scoring early that will put even more pressure on Jones and allowing the Buc defense to pin their ears back and hunt the Pats young QB. If the Pats couldn’t handle New Orleans and Jameis, how will they be able to deal with Tampa and Brady? The Bucs defense is as good as the Saints, and the offense is light years better. New England was exposed after two soft games to open the season, and they are not within a touchdown of a team the caliber of Tampa Bay. Brady will score and score often in this one.

This game should be a great one, but New England doesn’t have the talent to trade blows with Tampa Bay. Play the Champs to win and cover the spread. Bet ALL your Week 4 NFL picks FREE by taking advantage of a 100% REAL CASH bonus on your first deposit of $100 to $1000 at Betnow Sportsbook!