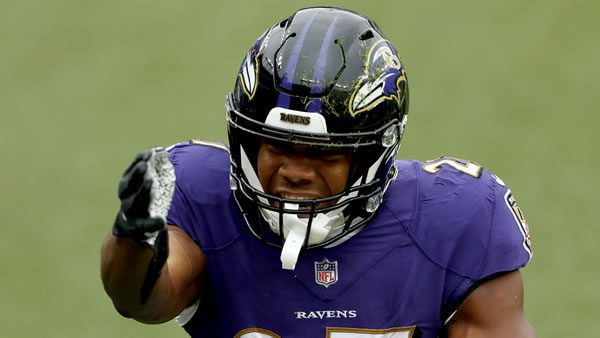 Point Spread: CIN +3/BAL -3 (Bovada – This is a great game to live bet! Find the best live wagering platform on the planet here!)

The Cincinnati Bengals come to MT&T Stadium for a Sunday Night Football showdown with the Baltimore Ravens. This AFC North battle between 2-2 teams is the first fork in the road these teams will face. For the Bengals, they have already reversed their fortunes, winning two straight after an 0-2 start and now back on track. It would really go a long way to get a win here and they’re coming off the long week after a 27-15 win over the Dolphins last Thursday. But Baltimore has work to do, as well. While having some big moments this season, they also have come out on the short end of a few tough ones, including a 23-20 loss to the Bills last week. At home, they will be eager to take it to their divisional rival and get back on the winning track.

With tackle Ronnie Stanley questionable, along with Rashod Bateman, the Ravens are looking to hit the field on Sunday at full-power. They did see a new source of production last week with JK Dobbins scoring two touchdowns to announce his return. And Jackson can run wild on this Cincy defense if he’s on, even if the Bengals’ defense has been thriving more in that role. With Mark Andrews and a cast of dangerous receivers, Jackson can also exact a toll with his arm, a trait he’s shown a better flair with this season.

Still, as they’re poised to face a potentially high-powered Cincy air-attack, the state of their defense bares concern. While the Ravens have most of their guys back in rotation, we’ve seen the Baltimore secondary really suffer in spots this season. Last week against Buffalo, albeit in some favorable conditions, they did a pretty good job with Josh Allen and the Bills’ aerial circus, but after allowing aerial production to New England and Miami in a big way the previous two weeks, it does stand out as a sore spot against a Cincinnati offense that has started seeing better results with each passing game. But even if that does happen, it’s not like Lamar and the Ravens are totally lost in a shootout context.

Are the Bengals Really Back on Track?

With an 0-2 start and the beginning rumblings of the Bengals being hung over after making it to the Super Bowl last season, getting back to .500 in short order says a lot about where they’re at mentally this season. They may have faced challenges, with an O-line that didn’t gel right away and a run-game that was stagnating. And while they still have some stuff to work out and consecutive 27-point outputs don’t really show them in full-flight, they were at least able to restore some order.

The fact remains that the Cincinnati O-line has not progressed as well as some had anticipated and partially as a result, we see Joe Mixon yet to really make his imprint on this offense. That’s a key component for a Cincinnati offensive unit that wants to avoid becoming one-dimensional. We’ve seen some costly drops from Ja’Marr Chase, a few costly miscues from Burrow, and a defense that has cracked in some key late situations. But a road win in this key spot would go a long way toward making that more of a memory.

In fact, one can say that the uneven performances we’ve seen from the Bengals’ offense has only served to camouflage some possible progress occurring on the other side of the ball. When going against Baltimore, being stout against the run goes a long way and that’s the strength of this Cincinnati defense. The addition Trey Hendrickson has given them another dimension in their pass-rush. The secondary is making some big plays here and there. And since a few issues in the opening two weeks of the season, we see a defense really lending a big helping hand for the team effort. Even in this seemingly difficult spot, they could be key.

With a dinged-up offensive line, the Ravens will look to run this week, but need to be mindful of exposing Lamar to trouble. Ideally, you’d like to see Jackson take to the air more in a spot like this against this particular defense, so we’ll need to check the status of Bateman leading up to Sunday night. The reemergence of Dobbins in this offense offers a lot of potential, but this might not be the ideal week to see the slightly-built back at his best. They face some of the same issues that led to them losing to the Bengals by a combined 44 points last season in two games. That might be a faulty compass for the purposes of this season, but there are actual matchup reasons why the Ravens haven’t thrived in this spot recently.

After seeing the Ravens take some defenses to school through the air this season, maybe they can duplicate that against a Cincy pass-defense that has been less than dependable. But I’m not sure the Bengals air-attack is facing any worse prospects going against the Baltimore secondary, a group that has suffered this season. I see the Bengals defense preventing Jackson or Dobbins from running wild, as a potentially-depreciated Baltimore air-game might not be able to match Burrow, Tee Higgins, and Ja’Marr Chase. I see the Bengals holding their own and covering the spread on Sunday Night Football.

Loot’s Prediction to Cover the Point Spread: I’m betting on the Cincinnati Bengals plus three points. Bet your Week Five NFL picks for FREE by taking advantage of a 125% real cash bonus when you enter bonus code PREDICTEM at GTBets Sportsbook! They’ll also give you a free half point everytime you bet your favorite teams!