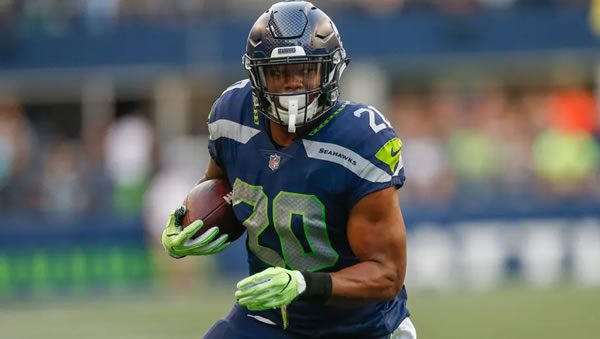 Given how bad the Seahawks have looked for two games in the preseason, this line would seem to raise some eyebrows. However, there’s a reason for it: Seattle still has a quarterback battle to decide. The Seahawks wanted to have the decision made after the second preseason game, but Drew Lock had to miss the game with Chicago because of COVID. That left coach Pete Carroll without enough information to make his decision, so Lock and Geno Smith will both play in the final preseason game against Dallas.

None of the Cowboys who will see the field are likely to get much playing time in Dallas’ season opener against Tampa Bay. Instead, the Cowboys will likely play the 40 or so players who are fighting for the last ten jobs on the 53-man roster. Dallas isn’t going to risk any of its name players, so as long as Seattle can get anything resembling an offense going in this game, the Seahawks should have the better of the play.

How the Public is Betting the Seahawks/Cowboys Game

The public has jumped all over the Seahawks in this situation. The spread has jumped from Seattle -2.5 to -7, and the total has fallen from 40 to 37.5. Clearly, the public isn’t expecting much from Dallas in this final preseason game.

There’s a reason that Pete Carroll is letting Drew Lock have a chance at the job: it’s because he really doesn’t want to hand the ball to Geno Smith. Smith hasn’t done much of anything directing the offense, moving the ball a little at a time but never really threatening to lead the Seahawks to points. He’s scored one rushing touchdown but has no passing scores to his name in two games, which has Carroll open to whatever other option he can find.

The Seahawks’ running game has actually done reasonably well, even without Kenneth Walker on the field. DeeJay Dallas and Travis Homer have looked good when carrying the football, which is why Seattle has averaged more than five yards per carry in the preseason. Ideally, the Seahawks will get decent passing from one of their quarterbacks and kill the clock with the running game, which likely gets this contest over with while hitting the Under.

The Cowboys haven’t really done much on offense this preseason. Yet they scored 32 points, in large part because KaVontae Turpin looks like a genuinely excellent special teams option with two touchdown returns. Otherwise, Dallas has averaged a mere 12.5 points per game on offense and hasn’t really shown any ability to get going.

And here’s the thing: The Cowboys don’t really care that much. Mike McCarthy isn’t at all concerned with getting his starters any action in the preseason, nor is he concerned with Dallas’ depth at this point. The Cowboys averaged just 3.5 yards per carry on the ground against the Chargers and didn’t show any signs of giving up on the run, calling runs on nearly 65% of their plays. It’s clear that Dallas just wants to get the game over with as quickly as possible without getting anyone injured.

Neither team has looked good in preseason, and the lack of defense on Seattle’s part has really been a problem. The Seahawks have given up the over in both of their games because they couldn’t stop either Pittsburgh or Chicago, but both of those teams were putting in some work with their squads. Dallas won’t really worry about that, so your real risk here is losing out on the under to Turpin making another big return.

Given that the option is there, I expect Dallas will close the roof in the face of 90-degree temperatures.

The Cowboys don’t care about this game or getting anything out of it, while Seattle has to throw to give itself a chance at solving its quarterback conundrum. I expect Lock will win the job, but Carroll at least has to make it look like he was the deserved winner even if Lock doesn’t outperform Smith.

That means the Seahawks will attack with the Cowboys holding back, and that’s a recipe for a cover for the team that cares a lot more. Give me Seattle.