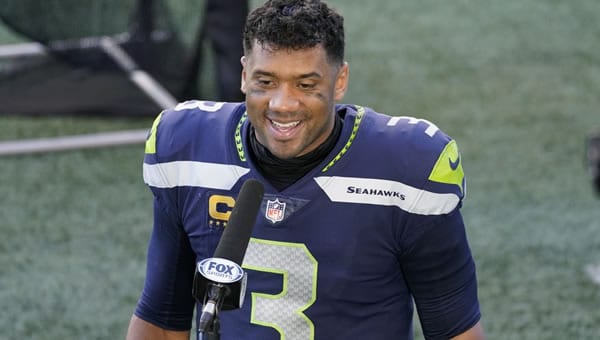 Point Spread: SEA -6.5/MIA +6.5 (Bookmaker - One of biggest and oldest (most trusted) sportsbooks on the internet! Your money is safe there!)

The Seattle Seahawks come to Hard Rock Stadium to battle the Miami Dolphins on Sunday in Week 4 action. Miami is coming off the long week, following a nice Thursday Night Football road-win over the Jacksonville Jaguars, 31-13. Now with a little momentum, they look to really kick-start their season and get people’s attention as they host a fearsome-looking Seahawks team. Seattle has won and covered the spread in all three games, culminating in a hard-fought 38-31 win at home against the Cowboys on Sunday. They look to take it to 4-0 this week. Who can cover the spread in Miami this week?

First of all, is there a longer road-trip than Seattle to Miami in the NFL? It has to be up there. Beyond that, it’s an out-of-conference game on a field a lot of Seahawks have never seen. Following high-stakes games where Seattle affirmed their contender-status against the Patriots and Cowboys at home, there could be a small letdown-potential for the Seahawks against one of the worst teams of the last handful of years in the Dolphins. There’s no connection to Miami, and it’s sort of a random matchup with no ax to grind for Seattle.

Let’s face it—Miami looked pretty good on Thursday. That came against a Jaguars’ team where a lot of opponents will presumably look good. But with calm veteran QB Ryan Fitzpatrick laying back there slinging in on Thursday, it was actually kind of impressive how good he looked. The Jaguars were plucky the first two weeks of the season, but they fell flat on both sides of the ball as the Dolphins dominated them at home on Thursday. If you didn’t know any better, you’d have thought they were contenders. Obviously, that’s going to be a lot harder this week, as they face a far more-dependable football team that is infinitely more-explosive. Still, this means a lot for Miami. It’s a potential win that could be a real turning point for this team and their season.

Getting back to Fitzpatrick, it’s hard not to notice how leaky Seattle is against the pass. The old Miami field general doesn’t have the most stocked cast of aerial talent, but after seeing Seattle allow 450 yards to Matt Ryan, 397 to Cam Newton, and 472 to Dak Prescott, it should be a source of real concern for Seattle backers laying a number on the road. It’s actually remarkable that they’re doing as well as they are with other QBs moving the ball so freely, but they’ve only covered the last two games by a combined 2.5 points. It’s a part of the team that could definitely hold them back.

What Miami Needs to Overcome

We see Russell Wilson operating at historical levels, as his five TD passes give him 14 on the season, an NFL record through three games. His completion rate is off the charts at 76.7%, and he seems to save his best for last, always a bankable force when everything is on the line. As much as the defense tried to give it away on Sunday, Wilson and Company were able to rise above it. They can run the ball with Chris Carson, Wilson, and Carlos Hyde, but it’s the aerial-game where Wilson has more leash, and he has been devastating. DK Metcalf, Tyler Lockett, and Carson have already caught a combined ten TDs. Tight end Greg Olsen is getting more involved. One possible problem is that on Sunday, we saw three offensive linemen get banged-up, something to watch as the week develops.

Questioning a hungry Russell Wilson hasn’t paid off this season. It stands to reason that it will at some point, but it’s not the best team to be banking on having a bad day. Russell Wilson isn’t prone to phoning it in. He is absolutely clutch, and having what might actually be the best player in the NFL counts for a lot, especially when playing a Miami team that isn’t blessed on the defensive side of the ball. On Thursday, their performance was a good sign, but hardly a dependable representation that they can thwart a far more-thorough Seattle offense.

Seattle Better as a Sum

It’s easier to make a case against Seattle than it is to actually win by betting against them. You have a defense that is really exploitable. The secondary is not at all stout, and so far this season, it’s been downright bad. Their pass-rush is sometimes negligible. That O-line is always hanging by a thread. But they make it work. The defense’s leakiness can’t be disputed, but clutch play like we’ve seen the last few weeks and a certain playmaking flair has a way of making it a lot less better. Whether it be a timely sack, a turnover, or a big third-down stop, they usually deliver late. We saw a player from the practice squad storm, Prescott, late on Sunday and get a game-winning pick as the Cowboys were driving late. Still, we have to see if this O-line is going to cost them at some point, with guys banged-up and Miami’s pass-rush heating up significantly last week.

A win over the Jaguars could end up meaning close to nothing, as the Dolphins fall back to their old ways in the heat of what appears to be a really strong and hungry Seattle team. Looking up on Sunday and seeing a big Seattle lead can’t really register much of a surprise. I just see a variety of conditions lining up for a game that’s in the ballpark. After leaving so much on the field Sunday, I just sense a less-than-crackling Seattle team on Sunday, opening the door for a newly-optimistic Miami team to get the cover at home.

Loot’s Prediction to Cover the Point Spread: I’m betting on the Miami Dolphins plus 6.5 points. Double up your bet on this game by grabbing a 100% real cash bonus on your first deposit of $100 to $500 at BetNow Sportsbook!