SNF Best Bet: Colts at 49ers Against the Spread Pick 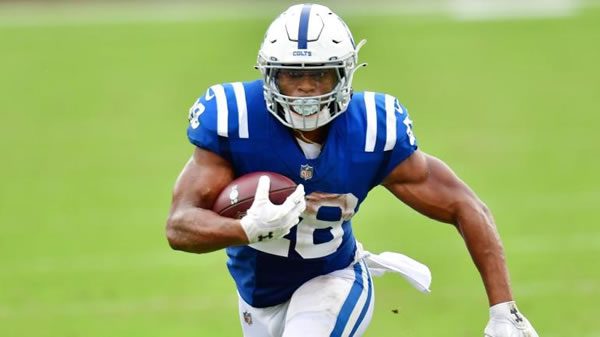 Frank Reich brings his Indianapolis Colts to San Francisco to do battle with the 49ers in prime-time Sunday Night. Both of these teams desperately need a win this week to keep from sinking further in the holes they have each dug for themselves. BETANYSPORTS.EU (HOME OF -105 REDUCED ODDS SPORTS BETTING!) has made San Fran 3½ point favorites and set the over/under at 45. I like the Colts to keep this game within a field goal and cash tickets for their backers. Here are three reasons.

The Colts were snake-bitten in pre-season with injuries to their new quarterback Carson Wentz and members of their imposing offensive line. The result was an 0-3 start and concern that the season could get away from them. But Reich has led his squad to two wins in their last three contests and needs a win this week to stay in the fight for the AFC South. Wentz has improved as his sprained ankles have become less of an issue each week. He was horrible in Week 3 against a bad Titan pass defense but has since played very well against the Dolphins and Ravens before coasting to an easy win last week against the Texans. The rushing attack led by Jonathan Taylor has also kicked it in gear as the season has progressed. Taylor sits at 5th in the league in yards per game, and the Indy offense runs through him. T.Y Hilton suited up for the first time last week and delivered a solid performance, giving Indy a much-needed passing option across from 2nd year wideout Michael Pittman Jr. Indy’s O-line has shown improvement despite missing Quenton Nelson. Indy should have continued success this week moving the ball both on the ground and in the air. Taylor should be able to get going and give Wentz manageable 3rd downs against a defense searching for an identity.
San Fran’s defense is the definition of a functional defense, but they are not the imposing unit they were a few years ago. SF ranks around 10th in the league in most statistical categories, but they average just two sacks per game and have only taken the ball away twice through 5 games. They have allowed 28 or more points in three of those games, though they did hold the high-flying Cardinal offense to 17 in Week 5. Look for Indy’s offense to show further improvement this week. SF is 27th in the league at shutting down opponents once they reach the red zone, and Indy’s offense is 31st in the league scoring on red-zone trips, so this will be the key to the game. Last week Indy was 2 for 2 in red-zone scoring, which should continue to improve with Hilton back and the running game being more dependable. Indy has scored 25 or more points the last three weeks, and I see no reason not to expect the same this week.

Who is San Francisco’s Quarterback

Kyle Shanahan is widely believed to be one of the great coaches in the NFL, but he has created a mess of the SF quarterback position. Jimmy Garoppolo was one pass away from being a super bowl champion QB on a 13-3 team two years ago, but Shanahan traded up in the draft in May to select his replacement, Trey Lance. Garoppolo has played okay this year, but then he went down with a calf injury in Week 4. Lance looked like an athletic rookie that wasn’t ready in his Week 5 start against Arizona, so Shanahan will probably go back to Jimmy G this week. This, combined with a slew of injuries in the backfield and Brandon Aiyuk being cast into Shanahan’s doghouse, has hampered the SF attack. Since putting 41 points on the Lions in week 1, they have averaged less than 20 per week since and haven’t really played any stellar defenses. SF is middle of the pack in yards per play but similar to Indy; they are struggling on 3rd down, converting on only 36% of their chances. San Fran really doesn’t have any special talents on the offensive side of the ball. Elijah Mitchell is the lead running back, but he is a 6th round rookie, and Deebo Samuel is a nice receiver but not really a game-changer.

They have Shanahan’s scheme, but that only goes so far.

The Colts will match up well with SF. Indy has a strong defensive line, and Darius Leonard is a tackling machine at linebacker. They should be able to contain the 49er rushing attack similar to the way they held Baltimore to 86 yards 2 weeks ago. Indy is only 26th in the league at defending the pass allowing 8.2 yards per attempt, but SF really doesn’t have the weapons other than Samuel to scare a defense. The 49er offense has struggled to get going all year, and that should continue through this one.

There Is Line Value With Indy

The line being bigger than a field goal implies that SF is the better team. Home field advantage at Levi’s Stadium has to be worth less than 2 points. San Fran continues to be overvalued in the betting market, which has translated into a 1-4 record against the spread. Meanwhile, Indy has somewhat been undervalued that has led to their 4-2 ATS record. Shanahan is only 5-13 as a home favorite since he has been the head coach and 10-21 total as a favorite. The 49ers are coming off a much-needed bye, and being at home does give them a rest advantage. Even with that, this line for this game shouldn’t be more than a field goal and should probably be closer to -1.

The play in SF this Sunday is to take the 3.5 points with the visiting Colts. Indy has a great chance to win this game and should be able to keep the game within the 3 point spread. Question: Have you educated yourself about reduced vig? As with anything in life, if you’re not educated on the good stuff, you’re paying a higher price than you need to! Outside of picking winners and getting the best line, betting on games at reduced vig is IMPERATIVE to giving yourself a shot of winning at sports gambling!