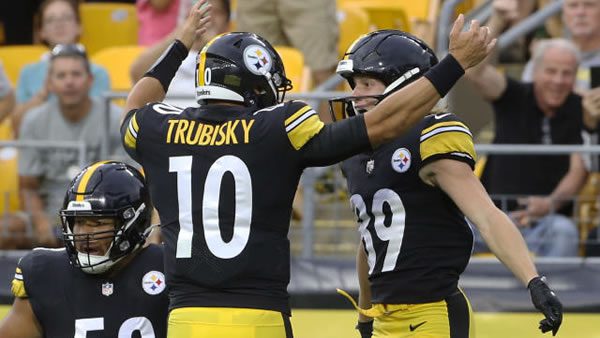 For Sunday Night Football this week, the Pittsburgh Steelers will take a road trip to visit the Miami Dolphins at Hard Rock Stadium. Last week, the Steelers snapped a four-game losing streak with a 20-18 upset over the Tampa Bay Buccaneers, but the win did not exactly impress the eyes of bettors. Instead, the Steelers have been listed as rather large underdogs for the 3rd straight week. Current betting lines have the Steelers receiving 7 points against a Miami Dolphins team that has lost three straight games.

Just a couple of weeks ago, the Dolphins were the Cinderella Story in the NFL. The offense was booming with the acquisition of WR Tyreek Hill and the emerging star potential of WR Jaylen Waddle and QB Tua Tagovailo. The defense was also playing much better than expected, culminating in a huge win over Buffalo in Week 3. However, things quickly changed when Tagovailoa went down with a serious concussion injury in Week 4 against the Bengals, and it seemingly let the air out of the Dolphins’ lungs which led to the recent string of losses. For Sunday’s match-up against the Steelers, Tagovailoa is expected to return for the first time since the injury, and that has raised the expectations for the team once again, as evidenced in the 7-point betting spread.

Aside from Tagovailoa’s well-documented return behind center, Pittsburgh has experienced the more controversial scrutiny at the quarterback position this week. Last week, newly named starting QB Kenny Pickett went down with a concussion after a seemingly slow start against Tampa Bay. Former starting QB Mitch Trubisky came off the bench to hit 9 of 12 passing for 144 yards with a touchdown in the impressive victory over the Bucs and flashed some confidence for the first time in recent memory. As a result, this unique chain of events had people wondering which QB will get the nod on Sunday. Head Coach Mike Tomlin quickly addressed the situation early this week by declaring QB Kenny Pickett will return to his starting role if cleared to play. As of today, Pickett has logged a full practice and will get the start on Sunday.

From a match-up perspective, the Dolphins have a lot of weapons to attack a rather weak Steelers pass defense. If Tagovailoa plays well, receivers Tyreek Hill and Jaylen Waddle are going to create problems in the Steelers’ secondary. Whether that turns into big plays for the dangerous duo or opens the window of opportunity for Mike Gesicki and others, it is a clear match-up advantage in favor of Miami on offense. However, Head Coach Mike McDaniel’s offense still puts a lot of effort into the ground attack, and that is where I expect Pittsburgh to excel in this match-up.

For Pittsburgh, the major concern is not getting into any type of attempted shootout. The Steelers’ offense has been well-documented by quarterback issues and has not produced more than 20 points since the opening week of the season. I believe QB Kenny Pickett gives the Steelers the best chance to win behind a horrible offensive line. Pickett has strong receiving options in George Pickens, Diontae Johnson, and Chase Claypool. Despite the talent at the skill positions, Pickett is still a pretty average quarterback that will be facing a Miami defense that should put a lot of pressure on the quarterback. Overall, I think Pittsburgh will make plays, but this will be another 14-20 point type of output that we have seen throughout the season.

I’m not convinced that the Dolphins deserve to be 7-point favorites, especially with the way we have seen primetime games play out this season. If Tagovailoa returns without a setback, it will help Miami’s chances at a cover. However, I’m going to bet on less-than-stellar results and the Steelers’ defense to keep this thing close in a lower-scoring affair. Therefore, I’ll take my chances with the points!

Fun fact: The Dolphins have not covered the spread in an October game since 2020

Jay’s Pick: Take Pittsburgh +7. Bet your Week 7 NFL predicitons for FREE by scoring a 100% real cash bonus up to $500 when you use bonus code PREDICTEM at Betnow Sportsbook!