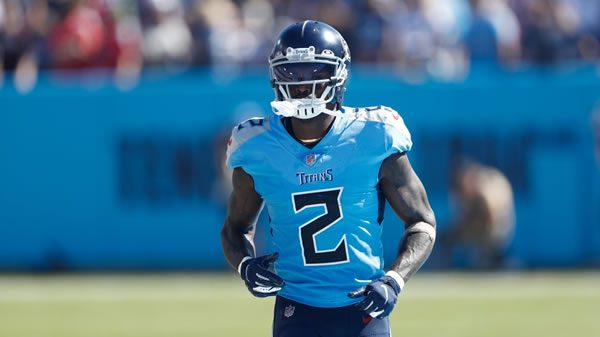 The Tennessee Titans come to MetLife Stadium for a week four AFC showdown with the New York Jets. Since losing in week one to the Cardinals, the Titans have done well to beat Seattle in overtime and then following it up last Sunday with a clean 25-16 win over the Colts. They have a nice chance to make it three in a row this week against the winless Jets, unquestionably the most-futile team in the league through three weeks. On Sunday, they fell to the Broncos, 26-0. Can they get it together, or will we see the Titans roll once again? Let’s break it down!

On the heels of the last two games, it’s not easy to be optimistic about the Jets. Zach Wilson has no TDs and six picks in his last two games. They’ve been outscored 51-6 and haven’t gotten into the end zone. The O-line is looking really ragged, not up to NFL standards at all. Still, if asking the Jets to be scrappy in this spot, it has happened once this season. Before falling into this troubling two-week swoon, they showed some pluck against a better-than-expected Panthers team. They didn’t cover the spread, but they kept it close and had a chance to win. Wilson threw a couple of touchdowns. So it hasn’t been this bleak the entire time. And against Tennessee, maybe they stand to find more offensive foothold than they got against two good defenses in New England and Denver.

It seems like the Jets’ defense has been pretty tough, all things considered. Saying that on the heels of a 26-0 shutout is odd, perhaps, but considering the lack of offensive support, allowing a combined 70 points in three games isn’t so crazy. When you add in all seven of Wilson’s interceptions this season, many of which came with long returns, perhaps this defense deserves a minimum of respect. They’re pretty solid in an overall sense. Granted, they will be pushed this week with Derrick Henry and Ryan Tannehill slinging it to all his dangerous targets. But that “D” could be a bit of a sleeper.

After scoring just 25 against Indy a few weeks after putting up 13 against Arizona, the Titans’ offense is still working some things out. Henry is rolling now after a slow start. But the passing game is a little off. Tannehill threw two picks on Sunday. AJ Brown (questionable), who had gone really silent, is now hurt with a hamstring. Julio Jones has been lukewarm in his new role, which might now expand. The bottom line is that the Tennessee offense has enough issues to warrant some optimism for the home Jets’ defense this week.

If one were to emerge from the past two weeks with the conclusion that the Jets are in deep doo-doo, it’s understandable. And when that’s the case, Tennessee isn’t really a team you want to see. Henry and all their other weapons can take a defense that looks moderately scrappy in spots and really make them look vulnerable. And while they might not be the stoutest defense, and even a Jets’ offense can move the ball against them, they have a way of really making offenses pay for their mistakes. A playmaking unit with ball-hawks in the secondary, another week of Wilson chucking it errantly would put a big hurt on the Jets.

Sometimes, against an offense struggling to find its bearings with mistakes left and right, a defense that is heavier of its playmaking ability than actual rigidness can really be even more difficult. We haven’t seen Tennessee really unravel that part of their defensive repertoire much this season, even if their pass-rush has been adequate. But this is a spot where some of that big-play ability can surface. And with Henry getting first downs, it should be a rested unit that isn’t pushed to exhaustion by the end of the game.

With the Jets’ offense in stitches and no ability to really run the ball, they stand the chance of being run out of the stadium. Henry is in a groove, and if looking to identify a spot where he could go off, there are worse ones than this. Throw in the dangerous Tennessee aerial game, which is actually due for a more emphatic showing, and the disparity in firepower becomes hard to ignore. One offense has the best back in the league and a QB who is a proven entity with established aerial stars. The other has a turnover machine rookie at QB, no discernible running game, and a passing game where their number-one receiver is a guy Tennessee let go in Corey Davis.

Not that the Titans will necessarily be shot out of a cannon against the likes of the Jets, But with the Jets and Wilson already laboring considerably, I don’t think the element of a bad matchup on both sides of the ball will give way to any kind of relief for Jets’ backers. Sometimes it’s a good play to go the other way when teams really stink it up for a few weeks because a slight uptick could result in a cover. They are home and probably aren’t as bad as they’ve been made to look. But even so, I see the combination of Henry and Tannehill being too much for this Jets’ defense. And if Wilson can whip this offense into shape, it’s going to take a lot to keep pace with the Titans. I’ll take Tennessee in this one.

Loot’s Prediction to Cover the Point Spread: I’m betting on the Tennessee Titans minus 9 points.  Bet ALL your Week 4 NFL picks FREE by taking advantage of a 100% REAL CASH bonus on your first deposit of $100 to $1000 at Betnow Sportsbook!