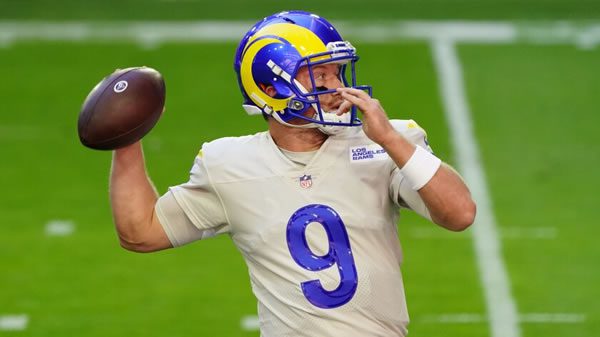 The Rams did something they had never done before in the Sean McVay era last week: top 24 points in the preseason. It’s a well-known fact that the Rams do not take preseason games seriously, and even their backups won’t get to play much, if at all. But Los Angeles still put up points because Bryce Perkins proved to be an effective No. 3 option at quarterback, and he’s very likely to take every snap from beginning to end in this game as well.

Houston didn’t look at all serious either in getting past New Orleans, but the Texans should play their starters a bit more this time and could be on track to produce more effective offense. The Texans were their own worst enemy last time out with three interceptions, but they did just enough to squeak out a win in a game where neither team proved to be all that effective. With the total a bit higher than in Week 1, could this be a game where the number’s set too high, and we get an strong Under play?

How the Public is Betting the Texans/Rams Game

The public has decided the Rams’ performance against the Chargers was a total fluke, and they’re going in the opposite direction here. They’ve moved the line from Rams -1.5 to Texans -3, with the total jumping two points to 38.5.

Davis Mills should play a little bit more this time around, as he only attempted three passes against the Saints and completed all three of them. The Texans clearly weren’t concerned about the preseason in Week 1, as they rode with Jeff Driskel and a middling running game for the majority of the contest. They still aren’t going to take the preseason all that seriously, but they’re going to keep the starters on the field for at least a quarter, which should give them an edge over the Rams.

Once Mills comes out, the big question for Driskel will be whether he can stop throwing to the wrong team and how long he’ll play. Driskel did manage a pair of touchdowns to help the Texans pull out a win, but he also nearly gave the game away with three interceptions. He shouldn’t see the field too early this time around, as normal backup Kyle Allen is back in uniform after missing the game last week and should get some playing time in between Mills and Driskel.

The Rams like what they have in third-stringer Bryce Perkins, and he might go for all four quarters again in this contest. Los Angeles really doesn’t care about the preseason in any circumstances, and now that the Rams are the defending Super Bowl champion, they’re not going to waste anyone they think will be playing Week 1 in these three warmups.

The Rams’ running game was rather weak against the Chargers, and if not for Perkins picking up 39 yards with his legs, Los Angeles would have finished with less than three yards per carry. However, Perkins to Lance McCutcheon was a genuine connection last time out, and with McCutcheon trying to either make the Rams’ roster or ensure that another team picks him up should Los Angeles cut him, the passing attack should prove pretty effective here.

The Rams barely do anything in the preseason under Sean McVay most years, but this might be a bit different given that Perkins actually seems to be grasping the offense and moving the ball well. Last year, Los Angeles managed 38 points for the entire preseason, then ripped off a 7-1 start. So clearly, they’re not concerned in the slightest about these games. The Texans aren’t going to care too much either; Lovie Smith has been around for a while and knows that these games won’t mean much for his team.

With the roof in place on SoFi Stadium, the weather won’t come into play here.

With the Texans giving their starters far more reps than the Rams will, the lean is toward Houston in this matchup. Los Angeles will treat things seriously as far as letting Perkins show what he can do, but the defense should be vulnerable against Houston’s starters. Give me the Texans.