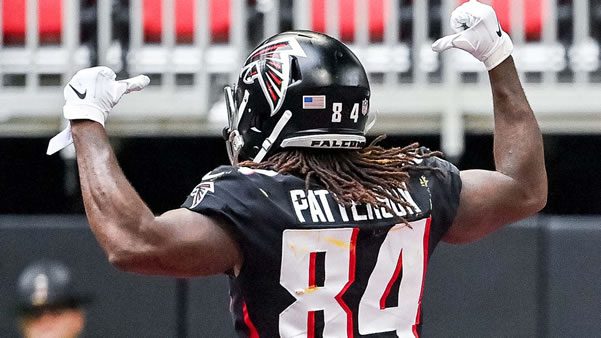 The Atlanta Falcons take on the Carolina Panthers in an NFC South showdown in Charlotte on Thursday Night Football. Neither team was able to get a win on Sunday, playing in an NFC South division where all teams are beneath .500. The Falcons gave it a good go at home on Thursday, falling to the Los Angeles Chargers, 20-17. They now come into Bank of America Stadium to face a 2-7 Panthers team that fell flat on Sunday in a 42-21 loss to the Bengals that wasn’t as close as the score indicated. Who can emerge with the win and cover in this divisional battle on TNF?

What Part 1 Tells Us

These second go-arounds in season divisional battles can be tricky when one over-considers the results of the first game. Normally, enough changes to make it a less-than-linear analysis. In cases where the divisional rematch is so close to the first game, it could mean a little more, thus making Atlanta’s 37-34 overtime win on October 30 over the Panthers a result worth considering. It may have been the craziest game of the year, with the unlikely shifting of fortunes throwing the game into a frenzy late. There are changes heading into this game, with Atlanta now having Cordarrelle Patterson back, along with the Panthers now looking to go back to Baker Mayfield at quarterback. I think the main takeaway from game one is that these are pretty evenly-matched teams, both with more weaknesses than strengths that can give way to a nice pairing of styles.

With how well the Falcons ran against the Panthers a few weeks ago, one wonders how the whole thing will look with Patterson back in the fold and showing he’s ready to go with two scores on Sunday. We even saw Atlanta quarterback Marcus Mariota show more in the passing game than you can normally depend on with the Falcons. With three passing TDs and many big plays, we saw an Atlanta offense flourishing in this context. Against tougher defenses like what we saw on Sunday against the Chargers, it’s usually more dysfunctional, as the Falcons are more or less reduced to extract what they can out of the run-game. This is a more workable spot for this offense.

Can Mayfield Uplift the Panthers’ Offense?

Granted, Mayfield only got this offense moving on Sunday after Cincy let up off the gas after building up a gigantic lead. And when you combine that with his early work in the season where there weren’t a ton of great things happening, it doesn’t suggest an offensive renaissance necessarily. Now without Christian McCaffrey, he’s ready to give it another go as starting QB. The truth is, it can’t get much worse than it’s been at times with PJ Walker, who shows flashes here and there while also totally bottoming out aerially in spots. Mayfield should be able to at least bring the receivers like DJ Moore and Terrace Marshall into the fold while hoping he gets similar production from D’Onta Foreman, who was excellent with three TDs in his first game against Atlanta a few weeks ago.

It might not be going great for either team, but one still gets the sense that they’re trying hard still. For Atlanta, tied for first in the standings at 4-5, the motivation is self-evident. They’re in this thing. And while 2-7 would be a death knell for most teams, Carolina still has incentive to get on a run and climb back into this. But still, one almost gets the sense from an organizational standpoint that Carolina is sort of in tank-mode. Sure, they’re switching quarterbacks, and the effort is still high. But after trading CMC and failing to move some other key talent, one gets the sense they’re not really buying into this season. That might not resonate on the field, and their first game didn’t really show an overall disparity in organizational urgency, but this could be something that sets in more as the season carries on. And letting a team that had been struggling in the Bengals jump out to a 42-0 lead without nary a whiff of resistance on Sunday shows a team that might be sagging a little as they head into this home spot. Contrarily, you see an Atlanta squad acquitting themselves decently in more spots, including nearly beating the Chargers on Sunday and holding them to 20 points, despite some late-game defensive lapses that allowed the Chargers to come back for the win.

Atlanta looks to make a run at the division, and while Mayfield offers some aerial upside for the Panthers, he also offers the possibility of mistakes upon which this Falcons “D” can capitalize. The return of Patterson gives the Atlanta ground game another dimension that could open things up even more for guys like Kyle Pitts or maybe WR Drake London. With Mariota using his legs, along with the multi-pronged Atlanta ground approach, they might not be able to make a splash like the Bengals made last week on this Carolina defense, but the damage will be done. Carolina can respond and showed a few weeks ago that they are not lost in this spot offensively, but it’s a narrower overall road to success on that side of the ball. I see Atlanta running the ball well in a game that might lack the fireworks of their first battle. I’ll take the Falcons.

Loot’s Prediction to Cover the Point Spread: I’m betting on the Atlanta Falcons minus 3 points. Check out this killer offer! Get a 125% REAL CASH bonus up to $400 and get a FREE HALF POINT every time you bet your favorite NFL, college football, NBA and college basketball team! Get all this plus a sweet player rewareds program by signing up and entering bonus promo code PREDICTEM at GTBets Sportsbook! They’ve been with us for over 10 years with ZERO complaints!