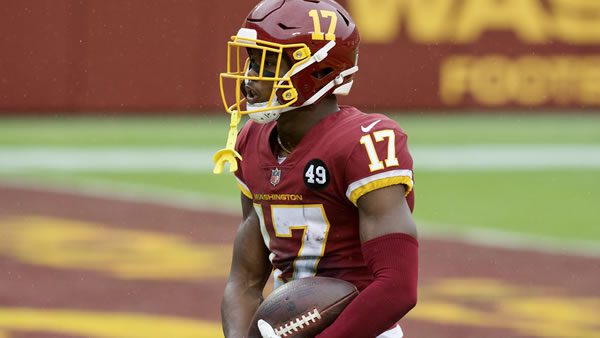 The Washington Commanders take on the New York Giants on Sunday in NFC East action from MetLife Stadium in week 13. The Giants have started to cool down some and their Thanksgiving Day 28-20 loss to the Cowboys was their third loss in four games. They look to get better against a Commanders squad that has put themselves in the discussion with three straight wins, including a 19-13 win over the Falcons on Sunday. Who can get us the cover in this divisional battle from East Rutherford?

Are the Giants in Trouble?

Those who felt there was a smoke-and-mirrors aspect to the early success of the Giants likely feel justified by the events of the last month, where the Giants have three losses sandwiching a one-score win over Houston. Their defense is getting worse, Saquon Barkley is putting forth a dud here and there, and finding other answers has been elusive. There is no question that under Brian Daboll, they have been better on both sides of the ball. Between QB Daniel Jones and Barkley, they can really run the ball well. But their ability to stop the run isn’t getting better and finding other sources of production on offense isn’t easy.

After playing strong teams like the Cowboys and other offenses that can do damage like Detroit and Seattle in the past month, maybe the Giants were just in some tough spots against vital offenses that made them look bad. This matchup might be more up their alley, but the Commanders we see now are not the same team we were seeing a month ago. We’ve seen teams start fast before where you wonder if they’re for real after they win a lot of close games against not so great opposition. With the recent problems for the Giants, you wonder if they fall into that category.

If taking a pessimistic point of view, one could say that the Giants just don’t have a ton going for them. Barkley can be a major weapon, but he’s not quite what he once was and some weeks, he’s not going to take over a game. While Jones has seen a spurt under center this season, he’s still not a dependable force. And when Darius Slayton is your top aerial choice, it comes with obvious drawbacks. To take the next step in this league, you’re going to need firepower and the Giants are pretty low on that scale. The resurgence of Barkley this season has been nice and this is a team with a lot of capable players on both sides of the ball. But their lack of explosiveness and big-play ability is maybe starting to hurt them.

Breaking Down the Washington Surge

On one hand, their last two wins over Atlanta and Houston won’t get anyone’s blood pumping, though their win over Philly just before that gives it more of a ring of truth. For the last handful of games, we’re seeing the Commanders’ defense playing really well. In their last 7 games, they’re allowing a touch over 15 points a game. And they’re doing it in a number of different ways, shutting down the run and pass on occasion. They can rush the passer and the secondary can make big plays in a game. And while Taylor Heinicke is not going to set the world on fire, his scrappy and heartfelt play lends some energy to this offense. That’s an element that won’t be captured in the box scores. And when a team is playing hard and being scrappy, it can’t be totally discounted.

We’re starting to see Heinicke get more of what he has. Both Terry McLaurin and Antonio Gibson have seen better results with Heinicke under center. We’ve seen some big games from rookie back Brian Robinson. With a large cast of role players and different weapons on offense, the Commanders are seeing better results. It’s not what you’d call a great offense perhaps, but if they can continue to bring around this new two-headed monster at running back with Gibson and Robinson, while getting more answers aerially, they could be in good shape. And against a Giants’ run-defense that has been laboring, maybe this is a week to see some things develop. Against some more talented defenses, they could be in trouble. And we’ve seen that from time to time this season where Heinicke is really out there scratching and clawing for production. But with better results lately and going against a “D” that has been receding for the past month, this is a spot where this road Commanders offense can do some damage.

Based on momentum, it’s not hard to imagine the Commanders coming into town and beating a suddenly-sideways Giants team. I just feel that the Giants are a good bounce-back candidate this week. I see Daboll punching up a slightly different formula this week to pump some life into the sails of his offense. If the Giants’ defense can purport themselves a little better at home, I think they will be in a game context where they can let their superior run-game take over to a greater extent, something that could really go over well in the event that there’s some weather. But even if not, I see the Giants having some extra urgency this week and at least managing to keep it close with the Commanders on Sunday. I’ll take the Giants and the points.

Loot’s Prediction to Cover the Point Spread: I’m betting on the New York Giants plus 2.5 points. Bet your Week 13 NFL football picks for FREE by scoring a 100% real cash bonus up to $300 when you use bonus code PREDICT100 at MyBookie Sportsbook!