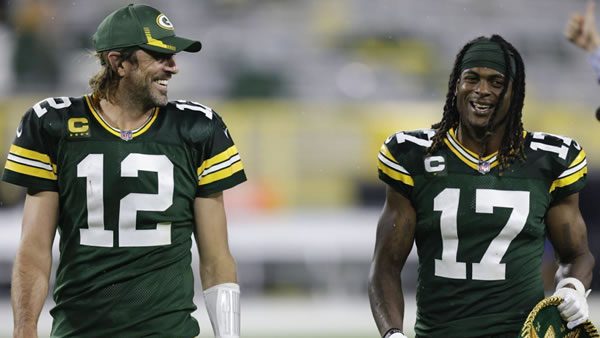 With a two-game lead in the NFC North, it is looking like another division crown for the Green Bay Packers, but they need to keep winning if they eventually want home field with Dallas, Tampa, and Arizona all off to hot starts. Green Bay looks for its sixth straight win when they welcome 2-4 Washington to town this weekend. The WFT has played some tough competition with games against the Chargers, Bills, and Chiefs already in the books, and it won’t be any easier on Sunday as Green Bay is 15-2 at home since the start of the 2019 season. Washington has won two of the last three against Green Bay, and while they lost the last time at Lambeau, they did cover as 13-point underdogs.

Injuries and a tough schedule have contributed to a poor start for Washington, and they seem to be missing a difference-maker or two on each side of the ball. They played Kansas City close for a half before getting run over late, and it was a similar story a week prior when a 13-13 game against New Orleans eventually got away. WFT appears to be a good 30-minute team that wilts in the second half. Taylor Heinicke has filled in rather well with nine touchdowns against five interceptions in five starts, but the offense ranks 24th in total yards and 21st in points at 22.7 per game. Antonio Gibson leads the team with 357 rushing yards and four total touchdowns, with J.D. McKissic second on the team in receptions to provide a nice balance in the backfield. Terry McLaurin (33-428-3) leads the teams in all receiving categories, but at 13.1 yards per reception, his big-play ability is a missing piece. Heinicke is a good scrambler and utilizes the backs and tight ends well. Both facets could play out against Green Bay’s linebackers, who prefer to rush instead of cover. The WFT defense ranks dead-last in passing yards allowed and has surrendered 31 points per game. The D has generated some pressure but has also allowed opponents to convert on 58% of third downs.

Aaron Rodgers is good anywhere - just ask Chicago - but he has been remarkable at home over the last few seasons, throwing for 41 touchdowns and just four interceptions at Lambeau since the start of the 2019 season. The Packers are averaging just 234 passing yards per game, but the efficiency is off the charts, with Rodgers hitting on 67% of his attempts with a 104.6 rating. Aaron Jones and A.J. Dillon are both at 4.6 yards per carry, with the duo combining for seven touchdowns so far. Davante Adams is on pace for 130 receptions and remains unstoppable despite no other GB receiver having more than 11. You would think that a defense could scheme Adams out of the game to make someone else step up, but no secondary has found the right coverage to limit Davante. The defense has been getting the job done with top-5 marks against the pass and in total yards allowed. Green Bay hasn’t been much better than average in sacks or QB rating allowed, but the defense has been able to play with a lead in many cases, and they know how to cook with that recipe.

This game opened with GB listed as a 10-point favorite, but that line was trimmed to 8.5-points by Wednesday, and don’t be surprised to see it shed another half or full point by game time. Ten would have been a lot to lay, but Green Bay at Lambeau has been special, and there is nothing about the WFT defense that suggests they can hold down the home team. This feels very similar to the Week 2 matchup when the Pack took down the Lions and covered an 11.5 spread. Washington has some nice pieces and can attack the softer parts of Green Bay’s back seven, but I don’t see them getting more than 21 while I feel GB is destined for 30 points. Washington might move the ball, but their touchdown rate inside the red zone is just over 58% over the last two seasons, while Green Bay has converted 77% of the time. Field goals will not get it done this weekend, and there will be no short fields with Green Bay amongst the best in giveaways. The Packers get a win and cover with a 31-19 score.

Ted Walker’s Pick to Cover the Spread: Green Bay Packers minus the points. Hey! Have you ever heard of reduced vig? If not, you should SERIOUSLY learn about it because it will change the way you bet on games FOREVER!