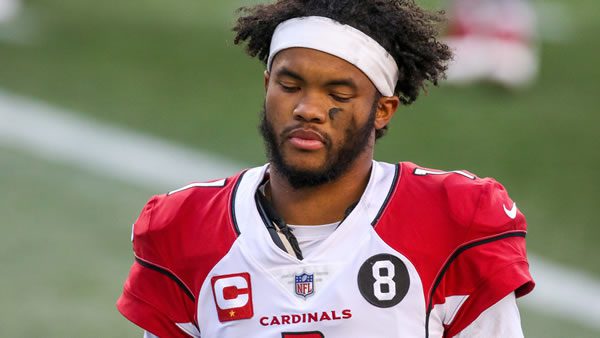 The Arizona Cardinals enter Week 13 with the best record in the NFL at 9-2. More impressive than their record has been the team’s ability to suffer just one loss with the absence of Kyler Murray, among other key starters. In his three starts, Colt McCoy threw for 3 TDs and just one interception. Their bye week couldn’t have come at a better time to allow them to get healthy and regroup before their last push of the season. The Arizona offense ranks 10th in the league for yards, averaging 378.9 YPG and 5th in scoring with 28.2 points per game. Despite the loss of JJ Watt for the season and Chandler Jones missing time, the Cardinals defense hasn’t missed a beat, allowing just 317.8 YPG and 18.4 points per game. Both of those numbers are in the top 5 as well.

The Chicago Bears avoided disaster on Thanksgiving, snapping their losing streak over the winless Lions and moving to a 4-7 record on the season. The switching back and forth between Fields and Dalton has proved that neither is able to establish themselves and get consistent wins. On top of the quarterback dilemma, Matt Nagy remains under fire and could be just one or two more losses away from being fired as head coach. To make matters worse, the defense, who has been the main reason they’ve been able to have a chance to win games, will be without Khalil Mack for the rest of the season, and Akiem Hicks is still questionable to return to the field this week. The Bears’ offense ranks among the worst in the league averaging 296.1 YPG and 16.3 points per game. The defense still finds themselves in the top half of the league, allowing 334.4 YPG and 23.1 points per game

Kyler Murray is Back

Though he is listed as “questionable,” Kyler Murray is expected to take the field for the first time since their loss to Green Bay. Before his absence, Murray was at the top of the MVP conversation and could put himself right back in it can get back to his dynamic playmaking. Even with missed time, Murray has almost 2,300 yards passing and a 17 touchdown to 7 interception ratio. On Sunday, he has the chance to make the Cardinals the first team to have ten wins on the year against a good defense that will be without some of their best players. The Bears are second in the league, averaging just shy of three sacks per game, but without Mack and Hicks, we may see them start to fall in that category as the season comes to an end. If Murray is 100% and able to escape the pocket like he’s known for, the Bears’ defense is going to have a tough time getting off the field.

Chicago’s 4-7 record to this point of the season has been a direct result of their offensive woes. Being in the bottom handful of teams in almost every offensive category is going to show this week against the top 5 defense of the Cardinals. The Bears being without Damien Williams as of late and Tarik Cohen for the season up until this point has shown a huge hole that they have been unable to fill. David Montgomery has shown flashes of hope, but even he has struggled to stay healthy this year as well. In the pass game, while Darnell Mooney is having himself an admirable year, Allen Robinson has been nonexistent after high expectations going into this season. With the offense unable to score points and put together consistent games this year, look for this one to leave the Soldier Field faithful going home disappointed once again.

The Cardinals Thrive on the Road

On the way to their 9-2 record, Arizona has yet to see a blemish on the road, winning all six of them heading into Sunday. With their last three road games being in Chicago, Detroit, and Dallas, they have a prime opportunity to end the year perfect on the road. Come playoff time, should they not end up with the #1 seed, Arizona may end up faring better, having to go into hostile territory on the way to a Super Bowl run. Taking into consideration for this game the Chicago’s home record of 2-3, where the Bears haven’t seen a home victory since October 3rd against the Lions.

Sunday’s matchup will be the first time these teams have met since 2018. In their last three games dating back to 2012, the Bears have won two of them, including 2018, which was a close 16-14 final.

How the Public is Betting the Cardinals vs. Bears

66% are betting the Cardinals to cover the spread.
59% are wagering on the game to go under the posted total of 45.5.

This matchup features two teams on opposite spectrums of the NFC. While the Bears are still technically in the playoff hunt, another loss this Sunday would be just about the nail in the coffin on their season. As for the Cardinals, with the Packers and Bucs within reach, they can’t afford to let games like these get away from them. Take the Cardinals to cover the 8-point spread. Also, looking at the total for this game as well, I see the Bears offense struggled once again, and even though Murray is back, we could see some rust and miscues from them as well. Take the under on the 45.5 total.