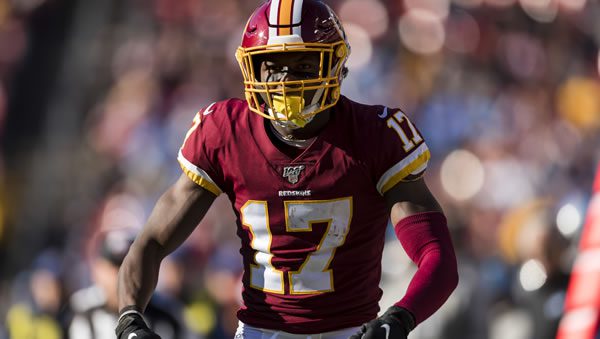 Point Spread: WSH +2.5/LV -2.5 (Opened at 2.5 at BetOnline - One of the players favorites! Awesome site! Awesome live betting! Great bonuses; both sign-up and reload! Offers fun contests! A one stop shop for all your betting needs!)

The Washington Football Team enters this week with a 5-6 record and winners of three straight, moving into the No. 7 seed if the playoffs started today. The three-game win streak started with an impressive win over the Bucs, followed by the Panthers and the Seahawks most recently. Despite losing Chase Young the rest of the season to an ACL injury in the Bucs game, the Washington defense has proven they can still play defense, holding Carolina and Seattle to fewer than 300 yards of offense. Taylor Heinicke also deserves some credit with five touchdowns and one interception in his last three games. On the season, the Washington offense finds itself in the middle of the pack, averaging 349.9 YPG and 20.8 points per game. Defensively, Washington has allowed 359.3 YPG and 25.6 points per game but has picked it over their last three games, giving up only 18.3 PPG.

The Las Vegas Raiders got back into the win column on Thanksgiving after dropping three straight. Despite a winning record of 6-5, the Raiders would be the first team out of the playoffs right now. With five of their last six games against AFC opponents, they have a perfect opportunity to control their playoff destiny. Derek Carr leads the league in passing yards and needs to keep that pace to give the Raiders a chance to win games. The Las Vegas offense is 6th in the league for yards with 385.6 YPG but sits just outside the top half of the league, scoring 23.5 points per game. On defense, they give up 360.5 YPG and 26.8 points per game.

Even though Derek Carr leads the NFL in passing yards this season, he would be a dark horse MVP candidate. While his yards are impressive, his 17 touchdowns to 7 interceptions ratio is underwhelming. Since the team lost Henry Ruggs, Carr’s productivity has gone down slightly, but Waller and Renfrow have been getting more touches as a result. Bringing in DeSean Jackson after his short stint with the Rams has also reaped benefits as he had an immediate impact in the Thanksgiving win over Dallas. Carr has another opportunity this week to air it out for 300+ yards against a Washington defense that has struggled against the pass. The WFT defense is third-worst in the league for passing yards, giving up 266.6 YPG. The recipe has been simple for the Raiders this year. Get Carr over 300 yards in the game. Las Vegas is 6-0 when he surpasses that number and 0-5 when he falls short of that mark. So long as he can continue to take care of the ball in their pass-heavy offense, they should be able to give themselves chances to win games.

Washington’s Offense Slows It Down

Despite Washington’s lack of offense this season, one thing they have been good at is bleeding the clock with long drives and keeping it away from the other team. In their Monday night game vs. Seattle, Washington more than doubled the Seahawks time of possession with over 41 minutes. In fact, in their last three games, they averaged over 39 minutes of possession. Going into Sunday’s game, Washington can dictate the game or find themselves down big depending on how they take care of the ball once again. It’s already known that the Raiders will try to air it out with quick drives down the field, so if the Washington offense can create long drives and keep it away from Carr, they give themselves a chance. If they go three and out, their pass defense will be in for a long game.

In the NFL, one of the cardinal rules is usually winning the turnover margin in a game leads to wins. Looking at these two teams, while neither is great at taking care of the football, one is significantly worse, and that’s the Washington Football team. With a -0.4-turnover margin per game, Washington finds themselves in the bottom ten teams of the league in that department. More specifically, Washington struggles with fumbles, coughing up the ball 1.5 times per game. As mentioned above, a key factor for Washington in this game is the time of possession, and if they give the Raiders offense more opportunities with turnovers, they are going to find themselves on the wrong side of the score. They’ll probably need to have a clean game, to have a shot at extending their win streak to four games.

Sunday’s game will be the first time these teams have played since the 2017 season, so the trends have minimal value. That said, Washington won and covered the last three matches.

How the Public is Betting the Football Team vs. Raiders

69% are betting the Raiders to cover the spread.

This matchup features two teams on the cusp of a playoff spot where a win or a loss could prove to be a major step forward or a devastating step backward. With the Raiders at home in this one and Derek Carr showing no signs of slowing down in his 2021 campaign, I see the Washington pass defense not putting up enough of a fight to keep this one close. Take the Raider to cover the 2.5-point spread. Bet your Washington vs. Las Vegas pick and ALL your Week 13 NFL bets FREE by taking advantage of a 100% real cash bonus on your first deposit of $100 to $1000 at Betnow Sportsbook!