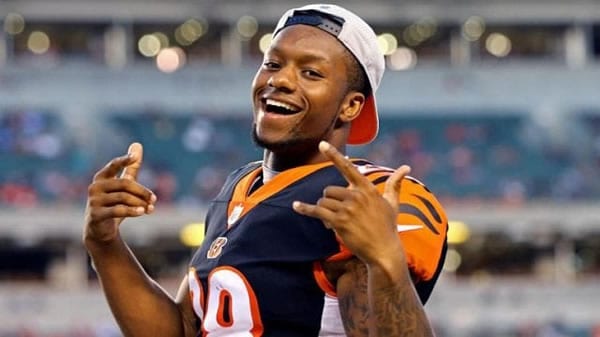 Point Spread: JAC +3/CIN -3 (Bovada - Bet the Jags/Bungles game in-game on the best live live betting platform on the web PLUS get a 50% cash bonus up to $250 AND rebates on every wager, win or lose!)

The Jacksonville Jaguars take on the Cincinnati Bengals on Sunday at Paul Brown Stadium in an AFC matchup. This might have been the perfect time for a long week for the Jags, following a Thursday Night Football loss to the Dolphins, 31-13, where a lot went wrong. It was a punishing loss for the Jaguars, who were actually pretty tough in their first two games. The Bengals also come off a draining experience on Sunday, going the full distance on the road in a 23-23 tie with the Philadelphia Eagles. Joe Burrow and Cincy look for their first win this week.

It may have gone more under-the-radar if it had not been a spotlight game on Thursday, but Jacksonville really left a stink in the room with their loss to the Dolphins. If you had no other point-of-reference, you’d have thought the dominant Dolphins were actually contenders. But it’s not like we didn’t know there were going to be some uneven spots in the Jaguars’ season. In other words, it’s possible that an image was created from last week that is hard to shake, but it’s really just a foreseeable byproduct of having a team that has a long rebuilding process ahead of them.

Leading up to the game against Miami, Jacksonville had beaten an Indianapolis team that has since looked impressive, while nearly beating a still-unbeaten Tennessee bunch in week two. That would seem to strongly suggest they might be in their wheelhouse against a winless Bengals team that is in many ways in the same position as Jacksonville. The Jags had time to get it together, while the Bengals are coming off a draining tie, and this might not be such a bad spot for Jacksonville.

Ways the Jags Can Thrive

It’s hard to identify areas where the Jacksonville defense has thrived the last few games. And the way they have melted late in games the last two weeks isn’t a good sign, though two covers in three weeks aren’t bad for those who have backed them. Still, they kept Indy in check and have played offenses that were on-point with the Titans and a surprisingly-precise Dolphins on Thursday. Against a Cincinnati offense that is groping for success a bit, this could be a better spot. Joe Burrow has been good and will get better. But the Bengals have yet to put the right stuff around him to really thrive on offense, as the numerous squandered chances on Sunday will attest. Bengals’ RB Joe Mixon is productive some weeks and goes cold in others. Tyler Boyd and AJ Green are nice weapons to have, but there aren’t any consistent difference-makers at Burrow’s disposal.

DON’T FORGET TO CHECK OUT OUR WEEK 5 NCAA FOOTBALL PICKS!

Jacksonville quarterback Gardner Minshew was pretty bad on Thursday, but he can be an interesting X-factor in the right context. The Bengals’ secondary has been surprisingly-stout through three games, even though they remain winless. Teams having so much success on the ground could have helped those stats, however, as they’ve been pretty leaky up-front defensively. The Jags’ aren’t great running the ball, and undrafted rookie back James Robinson isn’t all that electric, but he has a certain steadfastness that could resonate in this spot and help open things up for Minshew to maybe have one of those big games he delivers every now and again. Getting DJ Chark (questionable) back healthy will help, as what they lack inconsistency, they make up for in upside. Between Laviska Shenault, Jr., Keelan Cole, Chris Conley, and the versatile Robinson, Minshew can and has been able to get this thing to work before.

Could This Be the Bengals’ Week?

It’s hard to deny that the story-line of the Bengals would suggest this as an ideal week for them to register their first win and give Burrow his initial taste of NFL success. The Bengals probably should have beaten the Chargers in week one, getting nipped at the wire, before another late comeback spoiled a possible win in week two. Then last week, a tie got them even closer to the elusive winner’s circle. Even a Jacksonville backer would have to admit that this plotline isn’t altogether implausible. Cincinnati’s schedule doesn’t ease up after this, with their next four games coming against opponents who are now a combined 10-2. You can sense that this is a spot the Bengals are honing in on.

The first three games may have been revealing in what to expect from these two teams this season. They’re on similar levels, just in terms of their overall pecking order. But it seems like Cincy is more stable, while Jacksonville has already shown a wide range of form through the first three games of the season. With the Bengals in a spot like this, you can count on a certain level of reliability, but the Jaguars’ ceiling is higher. In other words, what the Jaguars came up within their last game wouldn’t be enough against Cincy, but what the Jags did in their first two games definitely would be enough.

As much as it makes sense to take the Bengals this week, a few things are problematic. One is the point spread, as laying points on a winless team coming off a tie is counterintuitive on a few different levels. And it does have the feel of a close game where those points could be valuable. Minshew and Company know this is a spot where they can have some redemption for their big national spotlight flop last week. I see a competitive Jaguars’ bunch keeping this close, with a chance to win at the end. I’ll take the Jaguars to cover this week.

Loot’s Prediction to Cover the Point Spread: I’m betting on the Jacksonville Jaguars plus 3 points. Bet your Week 4 NFL picks FREE by taking advantage of a 100% real cash bonus on your first deposit of $100 to $500 a BetNow Sportsbook!