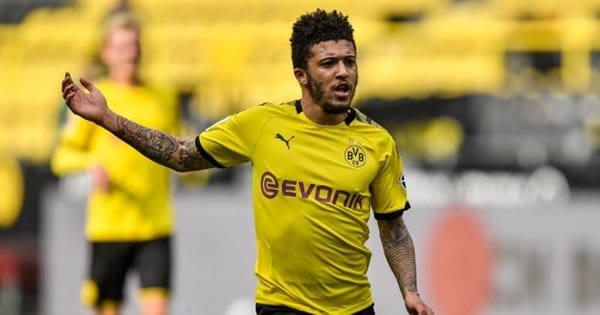 Hoffenheim defeated Dortmund 2-1 on Dec. 20 at Rhein-Neckar Arena in Sinsheim.

Hoffenheim comes into this match needing help, but they’ve got the best possible help they can get in the form of Bayern Munich. If Bayern can defeat Wolfsburg, all Hoffenheim needs to do is get a draw against Dortmund, and it will move up to sixth place and gain automatic passage to the group stage of the Europa League. If Wolfsburg gets a draw, Hoffenheim will have to get a win over Dortmund in order to steal the Wolves’ spot.

That’s good news. The bad news is that Hoffenheim faces one of the strongest possible opponents in the Bundesliga in Dortmund, which locked up second place last week with a convincing win at RB Leipzig. But with second place secured now, will Dortmund really be motivated to give a top performance in front of nobody? With the match played behind closed doors, there really isn’t much incentive for Dortmund to put out its best, because there aren’t any fans to send home happy. As we saw the last time Dortmund played at home, motivation is a question with this squad. The Black and Yellow were clearly unmotivated and listless against Mainz, and they paid the price in a 2-0 loss. With Hoffenheim every bit as motivated as Mainz was, can Dortmund manage to show up this time?

One of the easiest ways to get healthy in the Bundesliga is to play the likes of Augsburg anywhere, and Union Berlin at home and Hoffenheim did precisely that. The 1899ers took care of the teams they were supposed to beat by dissecting both lower-level opponents, and they did it by getting contributions from all over the place.

Munas Dabbur did the most damage for Hoffenheim by scoring three of his side’s seven goals in its past two matches, and he’s got to be considered the X-factor in this match, given that he’s only played in 13 of Hoffenheim’s 33 games and has made a real difference for his side. But he’s hardly the only option that Hoffenheim has, as Andrej Kramaric (8 goals) and Christoph Baumgartner (7 goals) both found the net against Union.

There’s another reason to like Hoffenheim to get something from this match: it’s tended to play Dortmund tough. In its past four games against Dortmund, Hoffenheim has picked up two draws and two wins, making this the right opponent for this situation.

When Dortmund is playing to its full potential, there’s not a side in the league other than Bayern that can equal it. But as we’ve come to the finish of the Bundesliga campaign, Dortmund has slowly seemed to lose interest.

The Black and Yellow have still managed to get wins, outside of the Mainz debacle, but they’ve mostly been fortunate victories. Dortmund struggled to get past Hertha, had no business getting a win against Dusseldorf and actually had some problems seeing off Paderborn before the ref gave Paderborn a harsh penalty, which lit a fire under Dortmund and saw them turn a 2-1 lead into a 6-1 embarrassment.

Jaden Sancho and Erling Haaland are a delight to watch when they’re clicking, and if they’re at the top of their game, stopping them is going to be a tough ask for Hoffenheim. But they’re also both young players, and Lucien Favre might not be so keen to let them push themselves through one more meaningless match when next season is just 2 ½ months away.

SWEET OFFER! DEPOSIT $25 AND GET $50 FREE ADDED! YOU’LL NEED TO SIGN UP AT INTERTOPS SPORTSBOOK, GO TO SPECIAL OFFERS AND TYPE IN BONUS CODE ROOKIE200

Unlike Bayern, Dortmund has shown some serious problems with its motivation in a meaningless match. The Black and Yellow have shown some issues with their maturity at times, and I think they’re going to come out with a flat, disinterested performance that won’t match up to the energy that Hoffenheim will bring to the table.

In a situation like this, I want the team that needs this match more, and it’s a bonus that it happens to be the underdog here. I’m going to play a 2-1 correct score for Hoffenheim, which is paying out at +1300.