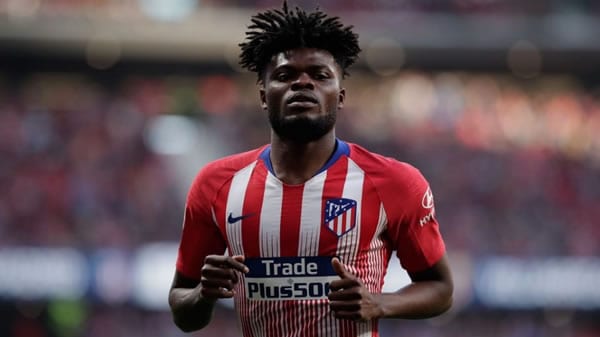 This isn’t how it was supposed to go this year for Manchester City. The Sky Blues were supposed to be on their way to reclaiming their title after losing it to Liverpool. While it’s still early, a 1-1-1 start and several injuries were not the starts that either Pep Guardiola or any Manchester City fans were hoping to see. It’s set to get even worse for City, as the international matchdays seem to have sapped them of two more starters.

On the other hand, Arsenal has quietly built itself into a top-four side, building off the progress that it made a year ago. The Gunners haven’t even played that well this season, as Pierre-Emerick Aubameyang hasn’t scored since the opening win over Fulham. But Alexandre Lacazette has more than made up for that lack of scoring, and Arsenal has made a few smart signings to further shape itself into a squad that looks like Mikel Arteta’s ideal group. Can the Gunners keep it going at the Etihad?

It’s Partey time for Arsenal, and not a minute too soon for the Gunners’ ailing defense. Arteta got his dream target in Thomas Partey, a defensive midfielder who formerly played for Atletico Madrid in Spain, and his presence will be a welcome change for a defense that’s already given up five goals in four matches. To be entirely fair, three of those goals came at defending champion Liverpool, but the Gunners also gave up goals at home to West Ham United and Sheffield United, neither of whom is known for its scoring. Partey will be available in this match, and having him could be essential to locking down the Manchester City attack.

The other improvement that Arsenal needs is more of a touch from Pierre-Emerick Aubameyang. There have been some grumblings from the Emirates that the striker just isn’t the same player he was last season now that he’s signed a contract extension, and he’s done nothing to disprove that as of late, as he’s scored just one goal on this young season. For Arsenal to get a result here, Aubameyang has to get some space and make City’s defense pay. He’s easily the most dangerous striker Arsenal has, and if City takes him out of the equation, Arsenal becomes much easier to handle.

BET THIS GAME FOR FREE! DEPOSIT $100 TO $300 AND GET A 100% CASH BONUS! FIND THIS HUGE BANKROLL BUILDING OFFER AT MYBOOKIE SPORTSBOOK!

City’s depth was already hurting before the international match window, and now the injuries are starting to come for the City starters as well. There’s no bigger loss than Kevin de Bruyne, who has been the Sky Blues’ talisman as well as one of their most consistent scorers off of free kicks. De Bruyne picked up an apparent knock in Belgium’s loss to England and didn’t play against Iceland, making it highly unlikely that he’ll be on the pitch for this game. Without de Bruyne, it’s hard to see where the attack gets its direction.

It gets worse for City, as Raheem Sterling also went down with injury while representing England and appears unlikely to play. Given that the Sky Blues are coming off a thumping at home against Leicester City and a draw at Leeds, that’s the last thing that City needs right now. Sterling means the loss of the man who scored three of City’s past four goals, and all that does is put more pressure on the defense, which hasn’t yet shut out anyone this season. It’s going to take Guardiola’s best game plan to get something out of this one.

I don’t think Vegas has looked too closely at this match because if de Bruyne’s not on the pitch, there is no reason whatsoever that Manchester City should be favored. Just like when Leicester came to the Etihad, this is an ideal time to take Arsenal on a double chance at +180. But I think we can do a lot better just by bumping that up to a “draw no bet” at +375. Even if de Bruyne plays, he’s not going to be at 100 percent, and City hasn’t exactly inspired much confidence in the three matches they’ve played anyway. For relatively low risk, there’s plenty of reward available here.

But if you want to throw caution to the wind, I’d back Arsenal to win to nil at +900. The Gunners already beat City 2-0 three months ago, and in four of the past five meetings between the sides, one team has been shut out. Manchester City’s attack is so tied to de Bruyne’s creativity that if he and Sterling don’t play, the Sky Blues are likely to panic if the game starts to slip away from them. Throw in the presence of Partey, and there’s reason to believe that Arsenal can land the shutout.

Finally, Lacazette has been doing most of the scoring for Arsenal this year, and he’s +250 to find the net in this one. You could do a lot worse on a prop bet.

I took Leicester City on a double chance the last time Manchester City played at home, and it turned out I wasn’t aggressive enough, as I cashed $50 in profit on a $20 bet but left $110 on the table that I could have had if I’d taken the Foxes to win. If anything, City is even more banged up than it was in that match, and I’m really struggling to see why they’re tipped to win other than name recognition.

With Partey’s defensive presence on the pitch and Arsenal already having beaten City in July, I’m willing to be aggressive here. The Gunners beat the Sky Blues by 2-0 in their most recent meeting, and I’m going to back a repeat of that score on Saturday at +3500. Bet your soccer picks live-in-progress at the web’s best live betting platform –> Bovada Sportsbook! You get a 50% bonus up to $250 FREE too!