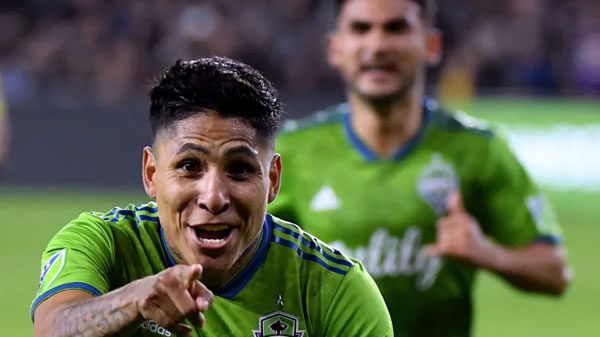 The clubs have never met before.

In its first season, Charlotte FC might be about to learn the meaning of schedule loss, as the Royals are facing an almost impossible situation thanks to the schedule maker. Not only did Charlotte have to play on Wednesday against New York in the U.S. Open Cup while Seattle got knocked out of the competition in the previous round, but they’ve now got to travel 3,000 miles to play a Sounders side that needs to start winning games in a hurry after throwing everything into its successful effort to win the CONCACAF Champions League.

In short, that’s not a great backdrop for the first meeting between these clubs from Charlotte’s perspective. And that’s before you throw in that the Royals haven’t managed a single road win in MLS play, going 0-5-1 and getting outscored 11-3 away from home. Charlotte did manage to beat USL sides Richmond and Greenville away in the U.S. Open Cup, but they haven’t tasted victory in any MLS stadium but their own. Given the travel requirement and the talent of the opposition, that doesn’t seem likely to change here.

When an expansion team comes into MLS, there are always questions about whether the squad will follow the likes of Atlanta and LAFC and compete for trophies right away or whether they’ll look more like Cincinnati and struggle for years. Because there are so many soccer leagues worldwide, either option is always possible, and Charlotte seems to have settled in somewhere around the middle. The Crowns aren’t going to win the league in their first year or even come close, but they might be able to sneak into a playoff spot at year’s end.

That’s because there is some real talent here, as Polish international Karol Swiderski and top draft pick Ben Bender seem to be connecting on the pitch. Swiderski leads Charlotte with four goals, and Bender has served as his team’s primary assist man with three helpers on the season. But if Charlotte is going to qualify for the postseason, it has to start scoring more goals. The Royals’ 12 markers are worse than anyone other than Chicago, and it’s only because of a stiff defense that Charlotte has managed as much success as it’s had this year. There are only so many times you can lose 1-0 or 2-1 before it catches up with you and costs you a playoff spot.

Raul Ruidiaz remains Seattle’s best weapon in front of goal, but there is no getting around it: Nicolas Lodeiro is the engine that makes this team run. Seattle got that lesson yet again when Lodeiro missed the trip to Colorado to be with his family following the birth of his third child, as the Sounders bossed the possession against the Rapids but never really threatened the Colorado net.

With Lodeiro back on the pitch, Seattle should have its attack moving again. At some point, the connection between Lodeiro and Ruidiaz is going to get rolling again, as the two have only played in six games each out of 11 for Seattle this season in order to keep them fresh for competition with Mexican sides. With CCL now out of the way, the Sounders will likely be back on track moving forward — and that could present a real problem for teams trying to stay ahead of them in the table.

At -175, there really isn’t any value here in taking the Sounders on the money line. Instead, I’m taking Seattle to win to nil at +150. Charlotte’s attack has been weak in the best of circumstances, and these are not the best of circumstances for the Crowns. They played a tough match in New York (technically New Jersey) on Wednesday, and even though they gave Swiderski the night off, they still have to bring everyone from one end of the country to the other for this fixture. I don’t see Charlotte finding the net in this matchup.

That said, if you want to get aggressive, Charlotte’s defense is actually fairly solid. I don’t see them shutting Seattle down for 90 minutes, but nor do I see the Sounders running away with this one. I think backing the Sounders and under 2.5 goals at +265 is a nice value play.

If Charlotte were playing on full rest, that would be one thing. But the Royals are simply not playing on full rest, and the Sounders should be ready to go and coming out with a point to prove. I think Charlotte will fight bravely and keep the score from getting out of hand, but this points to a comfortable victory for Seattle when all is said and done.
I’ll back the Sounders to win by 2-0 at +625. Bet your Charlotte vs. Seattle prediction for FREE by scoring a 100% real cash bonus on your first deposit up to $300 when you use bonus code PREDICT100 when you register or a new betting account at MyBookie Sportsbook! Already have an account there and want a 100% real cash bonus? You can get the same offer, but up to $500 when you use bonus code PREDICTEM at Betnow Sportsbook!