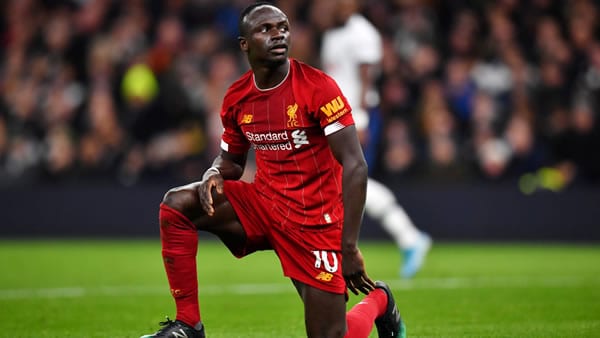 Point Spread: Everton +1.25/Liverpool -1.25 (Bovada - Bet soccer matches LIVE in progress! They’re GREAT at getting credit cards to work for depositing and give new bettors a 50% cash bonus + rebates on ALL your bets whether they win or lose!)

The sides drew 2-2 on Oct. 17 at Goodison Park in Liverpool.

The Merseyside Derby returns with neither side showing its best form, as Liverpool comes in as losers in three straight and Everton has lost both of its past two. It would seem that Liverpool is ripe for an upset given the Reds’ recent form, but Everton getting a win at Anfield is something that rarely occurs. The last time the Toffees actually beat Liverpool was in 2010, and the last time Everton won a match at Anfield was back in 1999.

But it’s not like Everton has been getting blown out in this series, as 12 of the last 23 meetings between these city rivals have ended in a draw, including each of the past two matches. With neither side on form, could a third straight sharing of the points be on tap?

The big problem for Everton right now is that the Toffees aren’t getting enough quality shots to the net. In its past three matches, Everton only managed to get seven shots total on frame, a large reason why it’s taken two defeats and a draw in those contests. To their credit, when Everton does put a ball on frame, it’s actually gone in more often than not, as four of their seven shots on goal found the net, including all three against Manchester United.

With four quality scorers on the roster, Everton has the potential to break out at any time. However, the Toffees tend to look to Dominic Calvert-Lewin to do most of the scoring, and his absence in the past two matches has been very noticeable. Calvert-Lewin has scored 13 goals on the season, and he’s expected to be in the starting lineup for this matchup. If he’s not able to go, Everton still has other options in James Rodriguez and Richarlison, but the Toffees are much more dangerous, with Calvert-Lewin leading the charge.

Get more free picks every day >>>

Things are unraveling fast for Liverpool, as the Reds are now looking at failing to return to the Champions League at all unless they manage to win this year’s edition of the competition. Liverpool looked very good against RB Leipzig of Germany, but going domestic hasn’t worked out at all for the Reds, as they’ve been outscored 8-1 over the past three matches. Only Mohamed Salah has really been doing anything as of late for the Reds, as the Egyptian star has now scored four of his team’s past five markers in Premier League competition.

Salah’s a great player, but Liverpool was at its best last year not because of Salah’s scoring, but because opponents had to respect both Salah and Sadio Mane, as well as Roberto Firmino. In particular, Mane has fallen back to the pack this season with only seven goals in 21 matches after scoring 18 a year ago. Scoring once every three games is a good problem for most teams, but Liverpool has much higher ambitions than that. The Reds have to get some other contributions besides their Egyptian striker if they intend to stay in the race for one of the top four sides in the Premier League. Shoring up the defense would also go a long way toward that goal.

These don’t tend to be high-scoring matches. Draws are actually the norm in this matchup, and yet Everton is listed at +165 on a double chance right now. With Liverpool badly out of form, this could be an excellent opportunity. If you’d like to play things a little more conservative, you can get Everton for -110 on the spread and cover yourself in the case of a one-goal win for Liverpool. Of the past 15 meetings between the sides, 12 have finished in either a draw or a one-goal win for the Reds, so this is a great way to cover yourself.

For the aggressive bettors, I’d recommend going for the draw at +340 or even pushing even further and going for a draw where both teams score at +450. Two of the past three draws have been scoreless, so this is a bit risky to take a 0-0 match off the table as a winning bet, but with how poor Liverpool have been on defense, this is a great way to push your chips to the center of the table.

I’m really not sure why Liverpool is being bet as if it’s still the league champions. The Reds are not on form right now, and Everton is no pushover. These numbers should not be where they are based on the teams’ recent form, and I intend to try to exploit them.

The score is not where I’d like it to be in terms of the payout, as I think the value is a lot higher on only betting the draw and calling it a day at +340. But if you really want to play a score bet, I’m going with a 1-1 draw between these teams at +775. Place your bets for FREE this weekend by taking advantage of a HUGE 100% real cash bonus on your first deposit of $100 to $300 at MyBookie Sportsbook! All you need to do is register for an account through this special link and enter promo/bonus code PREDICT100 (if it’s not already pre-populated on the page) and they’ll match your deposit dollar for dollar!