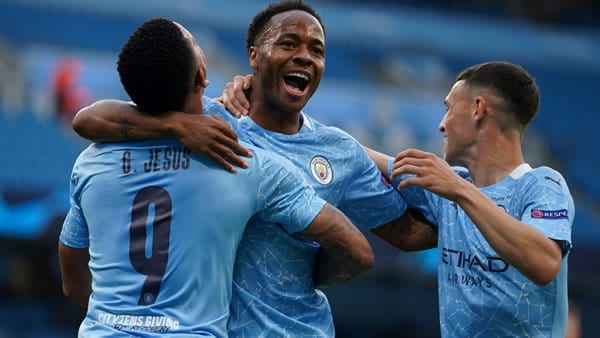 Manchester City is well on its way to regaining its crown, as the Sky Blues are 14 points clear of second-place Manchester United and have just eight matches left in the season. And that’s exactly why this might not be the time to bet on them, as they’ve got more important things on their mind than this match. City is attempting to win the Champions League for the first time in its history, and it starts its quarterfinal in that competition on Tuesday against Borussia Dortmund. With many City players returning from international duty, this might be an instance where City boss Pep Guardiola opts to take it easy and keep his side fresh for the trophy they truly want.

Leicester City would be thrilled to see that situation unfold, as the Foxes are hoping to get as many points as possible to earn a spot in next year’s Champions League. Leicester sits 15 points behind City, so there’s virtually no hope of them coming from behind to steal Manchester City’s title. But with Tottenham, Liverpool and Arsenal all falling well behind, even a draw would be huge for keeping Leicester in the top four and earning a spot in the group stage of the Champions League. Leicester already ripped City earlier this season; can they get a result again and keep themselves in prime position for a top-four finish?

The big concern for City is whether the Sky Blues are overworked, as they’re still playing in every competition possible at this point. They’ve made the finals of the EFL Cup, they’re in the semifinals of the FA Cup, they’re in the quarterfinals of the Champions League, and they’ve had a lot of their players compete internationally for England and other nations. Manchester City will play seven matches this month while most teams are playing only four, which means Pep Guardiola has a planning job that nobody else in the Premier League does.

Luckily, Manchester City is as deep as it gets, and Ilkay Gundogan has stepped up the scoring as of late. In his past five matches with Manchester City and the German national team, Gundogan has found the net four times and done so on just six shots total. Behind him, Raheem Sterling has nine goals on the year for City, and Kevin de Bruyne can change a match at any point through either hitting a free kick or finding a teammate. However, there’s a question of just how much Guardiola plans to play his best players in a match where a draw will be sufficient.

As long as Leicester City has Jamie Vardy on the pitch, there’s a real chance of the Foxes beating anyone in the Premier League. However, there’s a real problem here, as both of his top assist men in Harvey Barnes and James Maddison are both nicked up and won’t be available to play in this match. With neither one on the pitch, Manchester City will likely be able to focus on Vardy and keep him from beating them, as Barnes and Maddison double as Leicester’s best scorers behind the English star.

For the attack to get the job done, Marc Albrighton will have to step into their position and help Vardy find the holes in the City defense. Getting at least one goal is a must in this match because not only is City’s attack the best in the Premier League, but Leicester doesn’t exactly have a great defensive track record. In their past six matches, the Foxes have allowed at least one goal five times.

With the big question being whether either team is going to have their top players, I’m thinking this could be a low-scoring affair. As such, I think there’s an excellent opportunity here to take Leicester City on a double chance at +140. The Foxes have shown that they know how to frustrate City, and I can see this match ending up in either a 1-1 draw or as a 1-0 game. In a situation like this, there’s a lot of opportunities to get plus money for either a win or draw, especially with that team playing at home.

If you want to get really aggressive, I’d go for a draw and both teams to score, which pays at +425. I do not trust Leicester’s defense in any way, shape, or form, so I’m not that worried about the possibility of the scoreless draw. Whichever way this ends up, I think I can count on at least one team finding the net, so getting this kind of money is very enticing. But if you’re worried about the scoreless draw, I think you’ll be fine with backing any draw at +310.

With neither team expected to be at full strength, this is the time for things to go differently than people might expect. Yes, City can essentially knock Leicester out of the race completely if it can get a win here, but a draw will do the job just as well, and I think that’s all City’s going to play for here. As long as the Sky Blues don’t allow the Foxes to get all three points, they’ll have done their job.

I think that’s manageable, and I’ll pick a 1-1 draw at +700 in this one. Bet your soccer picks for FREE this month by taking advantage of the BEST sportsbook bonus on the web where you can deposit $100 to $1000 and they’ll match you dollar for dollar with a real cash bonus at BetNow!