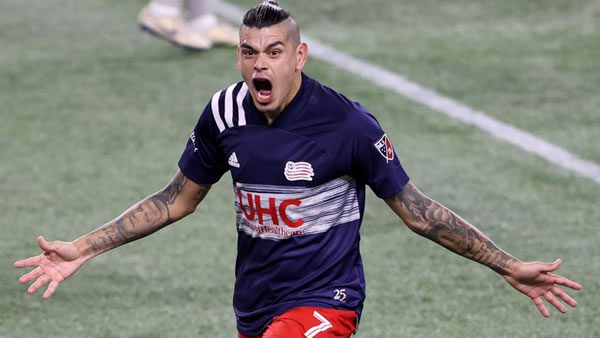 Don’t expect anything resembling a repeat of the eight-goal epic these teams played out three years ago in their most recent meeting. Things have changed in both New England and Kansas City, and both sides are struggling to get any kind of momentum going this season. Sporting have just one win in their past 10 matches, having dropped five and drawn four. Other than 7-2 embarrassment in Portland, SKC has been competitive, but they still remain rooted to the bottom of the table because of an offense that just isn’t doing much.

New England’s had the opposite problem this season, as the Revolution are scoring goals just fine but can’t keep them from happening. In the East, only Toronto, Montreal and Cincinnati have shipped more goals than New England’s 23, which has the Revs on the outside looking in at the top seven. New England does rank fourth in the East in goals, but that could be changing: they’ll be playing their first match without striker Adam Buksa after selling him to Lens in the French Ligue 1. That’s a great move long-term for the team by increasing visibility and profits, but it drastically hampers the short-term: seven of the Revs’ 22 goals this season came off Buksa’s body.

The bad news for the Revs is obvious: they’re playing this match without the man who has been by far their best weapon. The good news: Gustavo Bou is finally getting back to full strength. The partnership of Carles Gil and Bou has been one of the best MLS has had to offer over the past few seasons, and if they’re back to full strength, the Revs’ attack becomes that much more dangerous.

But can New England actually keep goals out of the net? Over their past four matches, the Revs have conceded seven times, often at some of the most inopportune moments. In three of their past four matches, the Revolution had the lead in the 60th minute or later, only to watch the opponent grab an equalizer in the final half hour to steal the point. Against Philadelphia, it was especially painful, as the Revs went ahead 15 minutes from time on a Bou penalty, then allowed Union to equalize two minutes later. If the Revs can’t figure out the back four, they’re going to have a hard time moving up the table.

What makes SKC’s fall from grace so maddening is that Sporting does have some quality players in Johnny Russell and Daniel Salloi, both of whom have been solid scorers in previous campaigns. But this time, the results just haven’t happened because Sporting hasn’t been on the same page all season. Only three times in 15 matches has SKC put two goals in the net, and only one of those three resulted in a win.

With both teams proving quite leaky at the back, I think there’s a strong play on both teams to score at -145. I’d be worried about New England if they’d only let Buksa go without having another option, but with Bou fit, the Revs’ attack should be able to penetrate the Sporting defense. The over also offers plenty of value, as four of the past five matches between the sides have seen at least three goals scored.

For a more aggressive way to play this, I like the Revs to win and both teams to score at +335. New England has been seeing too many wins become draws, but the Revs have played the better soccer this season and should have the attack needed to hit Sporting at least twice. Finally, I’d play New England to score in the first half at -105. With Sporting playing poor first-half defense in all of its losses, I expect the Revs to come out on the attack.

I don’t love how either team has played this season, but I think New England is finally getting itself back into form and should be able to overcome the loss of Buksa with Bou back on the pitch. I expect goals will come in this one, and I think the Revs have enough to earn a win.

I’ll back New England to carry the day by 2-1 at +825. Bet your soccer picks for FREE this week by taking advantage of a 100% REAL CASH bonus at Betnow Sportsbook! (Must use bonus code PREDICTEM).