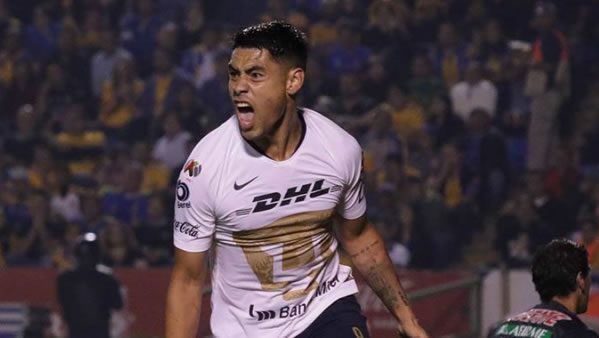 (Find the best deposit bonus >>> Grab a 100% bankroll booster from one of numerous sportsbooks!)

Seattle defeated Portland 2-1 on May 9 at Providence Park.

Seattle needs to get some momentum going in the worst way, but the Sounders might have miscalculated a bit going into this one. Seattle has won just one of six matches against MLS competition, and the Sounders opted to be the one MLS team to actually take the Leagues Cup against Liga MX seriously, using their top lineup on Tuesday night against Tigres.

Conversely, Portland has been surging at home. The Timbers got off to a slow start in part because of fixture congestion caused by the CONCACAF Champions League, but since elimination from that tournament, the Timbers have looked much sharper at home. Portland enters as winners in their past three out of four at Providence Park, and the one exception was a 1-1 draw with San Jose that saw the Timbers forced to play with ten men. Usually, the rested team tends to have the better of the play in the Cascadia Cup, and the Timbers are working with two extra days of rest compared to Seattle.

The injuries and the Gold Cup finally caught up to the Sounders in the second half of July, which makes their decision to play their best players in a meaningless exhibition all the more baffling. On the one hand, the Sounders did look good against the Mexican side and finally played as a cohesive unit, but on the other, Seattle forced its best players through what was a glorified friendly against a team that didn’t even put its best players on the pitch.

Against MLS competition, the Sounders have been limited to two ideas for the target: Raul Ruidiaz and Fredy Montero. Granted, that’s a pretty good pair to count on, especially in MLS, but the fact that the Sounders have been shut out twice and haven’t scored more than one goal in any of their past five MLS matches says that it’s not that effective of a strategy. Getting Nicolas Lodeiro back on the pitch should help things, but it might take time before he’s 100 percent.

If nothing else, Felipe Mora has got a major flair for the dramatic by leaving it late. The Chilean is hot right now, having scored in four of Portland’s past five matches, and he’s secured a few points for his side with some heroics near the end of each half. Against LAFC, Mora turned a draw into a win in the final minute of stoppage time, and his goal against San Jose at the end of the first half proved to be the marker that rescued a point for the Timbers.

In 2021, Portland has devolved into the classic home-pitch hero, as six of the Timbers’ seven victories have come in Oregon. Seattle and Minnesota are the only teams to beat the Timbers at home, but the Sounders’ win gets a bit of an asterisk because Portland had just played a grueling match in Mexico City three nights before while Seattle was fresh. The Timbers like to play tight matches at home, as four of their past five wins in Oregon were decided by one goal.

A shutout is pretty unlikely, given these teams’ tendencies to put goals home, so I’m looking at the over as the conservative play. Of Portland’s past five wins, four of them have seen at least three goals fly into the net, including a five-goal thriller against Real Salt Lake. Because of that and Seattle’s mistake, I think the best bet on the board is to take the Timbers and both teams to score at +310. The Sounders will likely play solid defense for most of the match, but they’ve shown an alarming tendency to give up goals in the dying embers of each half, which is exactly where the Timbers shine.

Because of that, I’d also take a shot on Portland to score in the final 15 minutes of the half at +200. It might not be Mora who actually finds the goal, but Seattle has given up a goal in the final five minutes of at least one half in three of its past five matches in MLS, so there’s a good chance this cashes.

Seattle isn’t looking its best in MLS play, and the Sounders didn’t help their cause by overworking themselves before playing their greatest rival. As such, I think this is a situation where the Sounders have become their own worst enemy, and the Timbers are set to take full advantage.

I’ll take the Timbers to claim a 2-1 win at +900. Note: Did you know that not all sportsbooks offer the same betting odds? Would you consider making a switch if you could risk $5 less per $100 you’re trying to win? It’s the smart thing to do! Make that your reality today by signing up at BetAnySports!