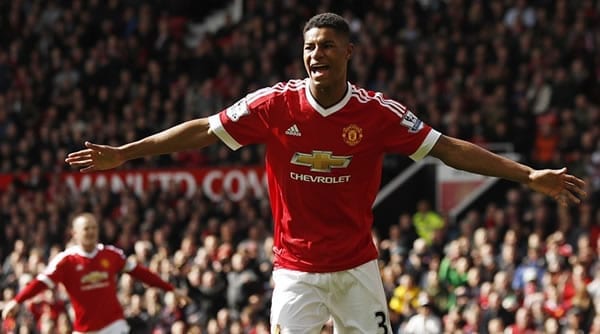 It’s a five-alarm fire at Villa Park, which is running out of time to avoid making a return to the Championship. Watford’s win over Norwich City was the last thing that Aston Villa needed, as it left the Lions four points back of 17th place with just five matches to go. Villa now faces an uphill fight to save itself, and it could really use a meeting with a mid-table side that has nothing to play for right now.

Unfortunately for the Villains, they’ve got the exact opposite right now in Manchester United. Not only are the Red Devils in outstanding form, having won or drawn their past nine Premier League matches, but they come in badly needing to keep it going. Chelsea won, and Leicester City drew earlier in the week, which means that United has to hit back in order to stay in the race for a guaranteed spot in the Premier League. Fifth place will probably be enough to qualify this year, but Manchester United doesn’t want to take a chance on archrival Manchester City winning its appeal and stealing its Champions League spot. The Red Devils want to leave nothing to chance, and that means a win here is a must.

Things are going so well at Old Trafford these days that even when United doesn’t play well, it still turns into a fairly straightforward victory. The defense was subpar against Bournemouth, but it didn’t matter because United found the net five times and looked impressive doing it. Mason Greenwood is quickly looking like England’s next big star, as he has now scored three goals in United’s past two matches and appeared to be a man among boys, even though he’s only 18 years old himself.

What makes Manchester United even more dangerous is that its biggest names haven’t even been the ones doing the most damage. Paul Pogba and Marcus Rashford haven’t been bad at all since the pause, but Bruno Fernandes and Anthony Martial have simply been on another level since the season resumed. United can create a scoring chance from just about anywhere, which they’ve shown by putting home 12 goals in four matches since the resumption.

Say this much for Aston Villa: they’re fighting with everything they have to avoid relegation. In five matches since the restart, they’ve allowed no more than two goals in any game. That’s a big plus for Villa, as it was the league’s worst at keeping balls out of the net prior to the pause. 62 goals in 33 matches is nothing to be proud of, but giving up six goals in five games is a real sign of progress for Dean Smith’s crew.

However, Villa also isn’t winning. Those five matches have produced two draws and three defeats, in large part because Villa has only scored two goals since the restart. Goals were always going to be hard to come by in Villa’s first season back in the Premier League, but the Lions have now been shut out five times in their past seven Premier League matches. To make matters worse, leading scorer Jack Grealish is severely out of form, failing to score in his previous ten games. There’s also a question of how motivated he’s going to be, as he might be joining Manchester United next season. Grealish has been linked with bigger clubs for years now, and with Villa probably headed back down to the Championship, this might be the beginning of the end for him in Birmingham.

Something has to give here, as United’s offense is hitting on all cylinders, and Villa’s defense has been much improved in recent weeks. I’m betting it’s Villa’s defense that gives out, as United simply have far too many scorers for the Lions to slow down. Because of that, I think the best option here is to bet United to win to nil. I don’t really want to pay juice to get United over 2.5 goals, but I don’t know if the Red Devils will decide to keep scoring after they manage to get a comfortable lead, so I really don’t want to take them to go over 3.5 goals. Backing them to blank Villa for the sixth time in eight matches feels right, and you’re getting slight plus money at +105.

If you want to get an early victory, I’d bet on Manchester United to score two goals in the first half, which pays out at +225. United has hit the mesh twice in the first half in three consecutive Premier League matches, and there’s little reason to think Villa can stop them from making it four. There’s also great value in taking Greenwood to score a goal at some point, as he’s +200 to do so. He’s really hitting his stride right now, and I doubt Villa will be able to keep him off the score sheet.

I know Villa is going to fight hard to keep its Premier League status. Still, the hard reality is that nobody— Manchester City included — is playing better soccer right now than Manchester United. The Red Devils look like they’re on a mission to get back to the Champions League, and they’re highly unlikely to let a side like Aston Villa stand in their way. Villa will battle and make United work for everything, but they just don’t have enough to keep pace. I’ll take United to claim a 3-0 win at +750. Bet your soccer picks for FREE by taking advantage of one of the best sportsbook bonuses on the web! Deposit $25 and get $50 extra added (You now have a total of $75) when you open a betting account at Intertops Sportsbook. Must use bonus code ROOKIE200 on the promotions page after you’ve deposited.