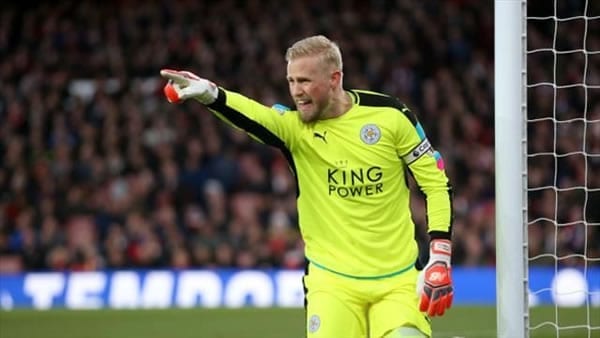 The equation couldn’t be more straightforward: win, and they’re in the Champions League. For Leicester City, a win is their only certain path to soccer’s richest tournament. They trail both Manchester United and Chelsea by one point and would need help from Wolverhampton Wanderers to make it if their match ends in a draw. With a loss, Leicester’s Champions League hopes would be completely sunk.

Manchester United, conversely, doesn’t have to get a win in order to make it. All the Red Devils have to do is get a draw, and they’ll qualify without help from Wolves. If they lose, however, they could find themselves on the outside looking in. Goal differential won’t come into play here, so this match will have the feel of a knockout-style tournament, as qualification is worth $16.8 million — minimum.

On the one hand, Manchester United has been one of the most potent offenses in the Premier League since the restart, having scored in every match since the season resumed. Not only that, but United hasn’t tasted defeat since losing to Burnley in January. But Leicester has been outstanding at the King Power Stadium, having shut out its past four visitors. One more shutout would be critical to the club’s fortunes.

United has looked far from its best in recent weeks, as it ended up with only a tie against West Ham United and Southampton. To be completely fair, Manchester United had the problem of having just played Chelsea in the FA Cup, and West Ham was fighting for its survival. Now United is the one who only needs a point to achieve its goal, and the Red Devils have the attack to make it happen. Even though Leicester has been stout at the back at home, the Foxes haven’t gone up against an offense that includes scorers like Mason Greenwood, Anthony Martial, and Marcus Rashford.

The problem, as always with Ole Gunnar Solskjaer’s side, is the defense. David De Gea is shaky in goal, and the Manchester United backline is not exactly stellar at keeping a clean sheet. In four of their eight matches since the restart, both teams have found the back of the net, including a draw with Southampton that saw the Saints pull off a point in stoppage time. United is the type of squad that has to outscore opponents, which isn’t a sustainable strategy for most teams.

DEPOSIT $25 AND GET AN EXTRA $50 ADDED TO YOUR BETTING ACCOUNT AT INTERTOPS!

The best thing about the Leicester City attack is also the problem with the Leicester City attack: Jamie Vardy. Vardy’s not the reason that the Foxes have scored one goal or less in six of their eight matches since the restart, but it’s the fact that Leicester is far too dependent on him that has kept the Foxes off the scoresheet. Opponents now focus everything on stopping Vardy, and when a team can successfully keep track of him, Leicester really doesn’t have anything resembling a Plan B.

The good news for the Foxes is that they’ve been strong at the back when they’ve played at home. Leicester has a world-class keeper in Kasper Schmeichel, but the Dane hasn’t exactly been getting help from his defense in the Foxes’ past three matches. Leicester has conceded seven goals in its previous three games, all of them coming on the road. No visitor has found the net at the King Power Stadium in Premier League competition since Manchester City in February, but the way Leicester’s defense has looked as of late, that might be coming against this attack.

Something has to give here, and I think that something is going to be the Leicester defense. I just can’t see the Foxes keeping a fifth straight clean sheet at home against this attack, not with so much on the line. Liverpool, Chelsea, Tottenham, and Manchester City have all found the net at the King Power Stadium, and I can’t see Manchester United failing to join that group here. Plus, Leicester just is not playing as well as it was at the start of the season.

Because of that, I think the best play on the board is United to win and over 2.5 goals at +225. Given United’s defensive lapses, I think there’s a high chance that both teams find the back of the net, but with how dependent Leicester is on Jamie Vardy, you might not be willing to take that risk. Still, +300 is a nice amount to return on a United win and both to score, and it’s a worthwhile gamble.

I’d also take a hard look at United to lead at halftime and win the match, which will pay at +250. United has scored in the first half in six of its past seven Premier League matches, and in each of those matches, the Red Devils have gone into halftime with the lead. If you want to be a bit more conservative, taking United to find the first goal of the match in the first half still pays a solid +135

I know Leicester needs this match to reach the Champions League, but given how the Foxes are finishing this season, I just cannot see it happening. Manchester United is too strong and should be able to control this match. I think Vardy gets the goal he needs to finish as the Premier League’s top scorer, but it won’t be enough to get the Foxes into the Champions League. I’m going to take United to emerge with a 2-1 win that secures third place. Bet your EPL picks for FREE this week by locking in a giant 100% real cash bonus at one of the web’s best sportsbooks: MyBookie!