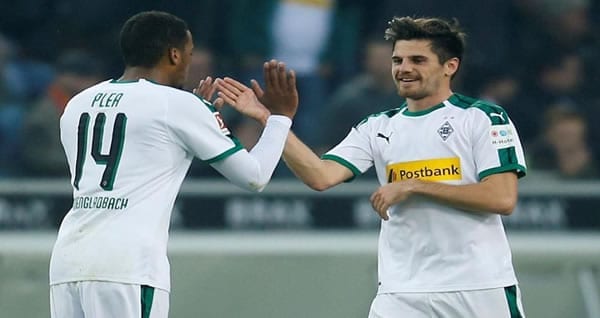 Who wants it more? A win for Wolfsburg would put the Wolves on the doorstep of Europa League qualification, as they’d just need a loss by rivals Hoffenheim and Freiburg or one more win to secure no worse than sixth place. For Monchengladbach, there’s no margin for error if they want to play in the Champions League. They’ve got to win their final three matches and hope Bayer Leverkusen fails to win at least once. The Foals were thrown a lifeline when Leverkusen drew with Schalke, but that result left them one point back with only three matches left to play. If Monchengladbach plans to catch the Worker’s Eleven — a side that Wolfsburg crushed 4-1 three weeks ago — it has to find its scoring touch.

There are two things you can say about Wolfsburg. First, they’re incredibly inconsistent. If the Wolves could put a run of form together, they’d probably be knocking on the door of a Champions League spot. They’ve managed to thrash Leverkusen and draw with RB Leipzig twice, getting good points against their rivals. They also somehow managed to allow three goals to Werder Bremen and followed the Leverkusen win by losing to Eintracht Frankfurt. In other words, this is a risky side to back to win.
Where you can trust Wolfsburg is at the backline. The Wolves have allowed more than two goals in a match just three times in 31 games this season, and have conceded eight times in six games since play resumed. The Wolves allow only over one goal a match, and that’s been the biggest reason why they’ve consistently held a spot in the top half of the table. If you want excitement, Wolfsburg isn’t the place to look unless Wout Weghorst has the ball. But if you want defensive results, Wolfsburg is usually a side that can be trusted.

Monchengladbach really deserved better from their matchup with Bayern Munich, and if its finishing were better (and a goal hadn’t been disallowed for being offside), it probably would have gotten better from that match. However, the only good goal the Foals managed to find came off a Bayern foot, as Benjamin Pavard poked one into his own net, leaving Monchengladbach on the wrong end of a 2-1 loss to the weakened champions-elect.
The good news for the Foals is that they’ll have Alassane Plea back in the lineup after a suspension, and they should have an easier time putting together an attack with Plea and Marcus Thuram both on the pitch. The bad news is that even with both on the pitch, Monchengladbach has been held to a goal or less on four occasions since the restart. Against a defense as good as Wolfsburg’s, that’s a troubling sign.

I think a draw is a likely outcome here, so I’m willing to pay the small juice of -125 on Wolfsburg on a double chance. If you want to get a bit riskier, you could try Wolfsburg on a draw no bet at +155, but I think in that situation, you’ll just be getting your money back. A draw helps Wolfsburg a lot more than it does Monchengladbach, and the Wolves have the defense to frustrate the Foals, especially with how much difficulty Monchengladbach has had with scoring as of late.
If you want to get really aggressive, I think there’s a lot of value to be had in a draw and both teams scoring at +310. Wolfsburg just played out a score draw against Freiburg, and I think both teams will be somewhat aggressive in going for the victory. But given the defense’s quality, I don’t expect a lot of goals, so going under 2.5 seems a wise call. Deposit $25 and get $50 free with the special first time bonus offer at Intertops! A great way to check out a new ROCK SOLID book and get some free bets! You can find this offer on their “Special Offers” located in the top left hand side of their site once you’ve clicked Sportsbook. The offer is located under the “Choose Your Bonus” ad near the top of the page. Intertops Sportsbook has been around since the 90’s! Great bookmaker!

Goals don’t come easily for Monchengladbach, nor do they come easily against Wolfsburg. I think there’s enough here for the Foals to get one goal, but that’s probably all they’re going to get out of this match. On the other side of the coin, Wolfsburg’s attack has found the net in 12 of its 15 matches away from home. Even though the Wolves aren’t a high scoring side, they tend to be pretty solid at finding the net at least once when they’re on the road.
For me, that points to a 1-1 correct score pick, which pays out at +675.