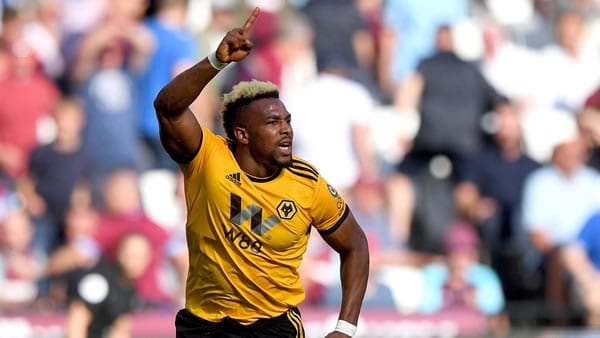 Odds presented by Intertops - Get a sweet 200% bonus when you sign up through us! Use bonus code ROOKIE200. The offer is for “Deposit $25 and get $50 extra added”

Wolves and Sheffield drew 1-1 at Molineux on December 1.

Sheffield got the result it needed last time out, and now this match has become a battle for Europa League positioning. Sheffield probably doesn’t have enough time to win a Champions League place, but a win would move them to just a point back of Wolves for a Europa League group stage place, which would be a heck of a season for a team that wasn’t even in the Premier League last year.

But to get there, they’ll have to beat a Wolves side that is very much in form and likely to come into this match in a foul mood after failing to find a goal against Arsenal. Wolverhampton has been very consistent since the restart, and they’ve consistently managed to get results from their matches, which is why they’re sitting in sixth place. However, with Manchester United facing a ridiculously favorable schedule over the rest of the season, Wolves’ margin for error is practically zero if it wants to land a Champions League spot. They’re now three points back of the Red Devils, and they’ve got to find a way to hit back here.

The 2-0 loss to Arsenal wasn’t reflective of what Wolves did in that match. Arsenal was the better side in the first half, but Wolves dominated for much of the second half and really should have had a match-changing equalizer when Adama Traore got an open look at the net but put too much power in his shot and sent it over the bar. That mistake allowed Arsenal to find a second goal and bleed the clock, leaving Wolves on the wrong end of an even match.

The good news is that the loss to the Gunners should have Wolves well prepared for Sheffield’s defense-first strategy. Wolves should be primed to bounce back with a solid performance, as it’s proven itself to be one of the most consistent teams in England this season. They’re a good defensive side with a proven scorer in Raul Jimenez, and they rarely surprise you — good or bad. As a gambler, that’s precisely what you hope for.

Have the Blades found their footing, or did they simply benefit from a change in opponents? Sheffield United looked lost in its first three games since the restart, drawing against Aston Villa (although to be fair, they should have won 1-0 if not for a missed goal) and getting dominated by Newcastle and Manchester United. But the Blades have stepped it up in their past two matches, handling Tottenham and getting a tough point at Burnley.

Where Sheffield has made its living is on defense. The Blades have allowed just 33 goals all season, third-fewest in the Premier League. They’ve also only scored 34, and four of those have come in the past two matches. This club is a side that doesn’t generate a lot of offense and tends not to throw much at the net. In three of their games since the pause, the Blades managed just one shot on target for the entire match. If they make life too easy for Wolves, they’re going to give up the critical goal.

You could take one side on a simple win bet, but I think you’d be leaving money on the table to do that. I cannot see this match featuring more than two goals, so I think we’re either going to get a draw, or one of these sides is going to win to nil. Because of that, I feel most comfortable backing Wolves to win with under 2.5 goals at +260. Wolves have been a much stronger side since the restart, and it has yet to give up a goal away from the Molineux since the reboot. With three shutouts to their name and fewer than three goals in all of them, I really like Wolves’ chances to get a low-scoring victory here.

If you’re looking for an early winner, I’d recommend playing a scoreless first half at +135. Wolves have failed to score in the first half in six consecutive matches, and Sheffield haven’t been much better, failing to score in the first half in four of their past five games (five of six if you count the Villa match, where Sheffield had a good goal disallowed in the 41st minute). I think there’s an excellent chance that these teams don’t put a goal home until after the break.

Sheffield has looked better recently, but the Blades have also played a bickering Tottenham and a middle-of-the-road Burnley. When they’ve played quality competition, such as Manchester United, they’ve been rather dull — literally and figuratively. Wolves, by contrast, has looked solid throughout the restart and has a lot to play for here. They’ve got a better attack than Sheffield, and I think that if there is a goal, they’re going to be the ones to find it.

I wish it were higher, as +500 isn’t great for a correct score bet, but you could do a lot worse. I’ll take Wolves to find a late winner that proves to be the only goal in a 1-0 win over Sheffield. Like free money? Check out this sweet offer (Only found on Predictem!) Deposit $100 to $300 and get a dollar for dollar matching 100% REAL CASH bonus at MyBookie! You must use this special link to sign up and typye in PREDICT100 into the bonus/promo code box!