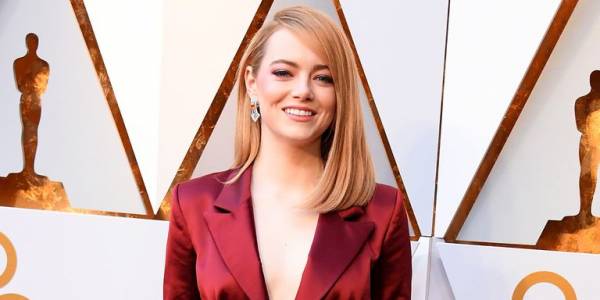 With the Academy Awards just days away, below is a rundown of each of the nominees up for the four main acting awards along with the candidates for tops in Best Picture. Sportsbook Odds listed below are provided by Bovada Sportsbooks. However, check the best sportsbooks at the time of placing your bet to make sure you are using a betting site with the best odds or a combination of best bonuses and odds. A bonus can drastically increase your ROI and thereby change your odds for a given bet.

Trends: The last ten times the SAG, Golden Globe and Critic’s Choice Best Actor awards all went to the same person, said actor has gone on to win the Oscar as well. Malek has already won all three of those awards.

TV show to consider: BoJack Horseman, Season one only of Mr. Robot.

Up Next: The voice of Chee-Chee in The Voyage of Dr. Dolittle.

Random: His first lead role was as Jack Kelly in the movie Newsies.

Other movies/shows to watch-Any of his Batman movies, American Psycho, The Prestige, 3:10 to Yuma.

Up Next: Ford vs. Ferrari, based on the true story behind Ford and Ferrari’s battle win the Le Mans in 1966.

Bradley Cooper, A Star is Born

Random: Missed his college graduation from Georgetown to film Wet Hot American Summer, which is not only a great movie but also a great TV show as well.

Other movies/TV shows to watch: Wedding Crashers, The Hangover (1st one only), War Dogs.Up Next-Atlantic Wall, a D-Day war story, and Bernstein, a biopic about Leonard Bernstein.

Random: Made his onscreen debut in the Amish thriller Witness.
Other movies/TV shows to watch: Carlito’s Way, Crimson Tide, any Lord of the Rings.

Up Next: The lead role in Unabomb as an FBI agent hunting for Ted Kaczynski.

Random: In three movies between 1986 and 1989 that were nominated for Best Picture, Mississippi Burning, Born on the Fourth of July and Platoon, with the latter the only one to go on to win the award.

Random Part 2: In a six month span between 1996 & 1997, Dafoe was part of the cast of a one movie that won the award for Best Picture (The English Patient) and another nominated for the Golden Raspberry (Speed 2), which is given each annually to worst film of the year.Other movies/TV shows to watch- Clear and Present Danger, Fantastic Mr. Fox, John Wick

Up Next: The Lighthouse, as a lighthouse keeper living in Maine during the early 1900s.

Random: Earned Oscar nominations for the first two movies she ever worked on, The World According to Garpand The Big Chill.

Up Next: A possible second season of the Netflix animated show 3 Below: Tales of Arcadia.

Random: Has already won 30 acting awards for her performance in The Favourite.

Other movie to watch: Hot Fuzz, the follow up to the hilarious zombie comedy Shaun of the Dead.

Up Next: The fourth season of TV series The Crown.

Lady Gaga, A Star is Born

Random- Her first acting job was an uncredited role on the Sopranos Girl at Swimming Pool #2 back in 2001.

Other TV/movies to consider- The Simpsons, Muppets Most Wanted.Up Next-More music, no movies on the horizon.

Melissa McCarthy, Can You Ever Forgive Me

Random: Is the favorite to the win the Razzie Award for Worst Actress for her roles in the Happytime Muders and Life of the Party.

Other movies to consider: Go, Identity Thief, The Heat, Spy.Up Next-The Kitchen, as the wife of a New York gangster in 1970s Hell Kitchen that has to taken over her husband’s role after he goes to prison.

Random: Roma is Aparicio’s first acting role.Up Next- Nothing on tap.

Trends:The winner of the Golden Globe for Best Supporting Actor has gone on to win the Oscar in ten of the last eleven years.

Random: The only time that the Globe winner didn’t win the Oscar in the past eleven years was Ali in 2017 for his performance in Moonlight.

Other movies to consider: Spider-Man: Into the Spider-Verse, along with the current season of True Detective.

Up Next: No movies on deck.

Richard E. Grant, Can You Ever Forgive Me

Sam Elliot, A Star is Born

Random: In 2015 was inducted into the International Mustache Hall of Fame.

Other movies to consider: Road House, Tombstone, The Big Lebowski, Thank You for Smoking.

Up Next: The Gettysburg Address, the story of Lincoln’s speech

Other movies to consider: Lincoln

Random: A 1994 Miller Ice beer commercial was the stepping stone to the beginning of his movie career.

Up Next: The Best of Enemies alongside Taraji P Henson in a civil rights drama that takes place in North Carolina 1971.

Other movies to consider: Seven Psychopaths, The Way Way Back.

Random: Made her on screen debut in the movie Boyz n the Hood.

Up Next: The TV show Watchmen and the movie All the Way with You.Other movies/TV to consider- Friday, Enemy of the State, Southland.

Random: Almost quit acting before her breakout rule in Junebug.

Other movies/TV shows to consider: Catch Me If You Can, Talladega Nights

Up Next: The Woman in the Window, about an agoraphobic New Yorker who spies on her neighbors.

Random: Made her on screen debut in Superbad, which is still hilarious twelve years later.

Up Next: Two sequels, Zombieland: Double Tapand The Croods 2

Random: Is married to Daniel Craig.Other movies to consider- Enemy at the Gates.

Up Next: No movies scheduled.

Random: Star of Mexican theater, film and television.Other movies to consider- I have not seen any movies or TV shows that De Tavira has been in previously.

Up Next: Sundance World Cinema nominee This is Not Berlin.

Trends: 63 out of 90 movies in Oscar history have won Best Picture after taking home the award for Best Director. Roma’s Alfonso Cuaron is a heavy favorite to win Best Director. The only thing preventing a Roma win could be the supposed backlash against the film for releasing thru Netflix and not thru the usual big screen process.

Trends: The early favorite to win Best Picture has seen their odds drop of late thanks to not only the family of the Ali’s character coming out against the movie, but also allegations of impropriety against those involved in making the film itself.

Trends: It may be third in odds to win Best Picture, but The Favourite is my pick to lead all movies in total Oscar wins with at least three heading their way. With both movies ahead of it in odds experiencing controversy, The Favourite does carry some value at +1500

Trends: Only twice in the past seventeen years has the movie that had the winner for Best Actor also win the award for Best Picture. Rami Malek is a strong favorite to win for his portrayal of Freddie Mercury.

A Star is Born

Trends: Only four movies have ever won Best Picture in which their directors were not nominated for Best Director. A Star is Born director Bradley Cooper did not receive a nomination in the category.

Trends: From 1928 to 2010, the movie nominated for Best Picture with the highest Rotten Tomatoes score went on to win the award only twice in that 83 year span. Over the past seven years the highest rated movie has taken home the trophy three times. BlacKkKlansman had the highest rating of any movie, just edging out Black Panther and Roma by a percentage point as both had a mark of 96%.

Trends: Became the first superhero movie ever to be nominated for Best Picture

Trends: No movie about American politics has ever won Best Picture, with Mr. Smith goes to Washington, All the President’s Men and Lincoln among those coming the closest.

For those involved in Oscar pools, below is a list of all the awards presented and a predicted winner for each: