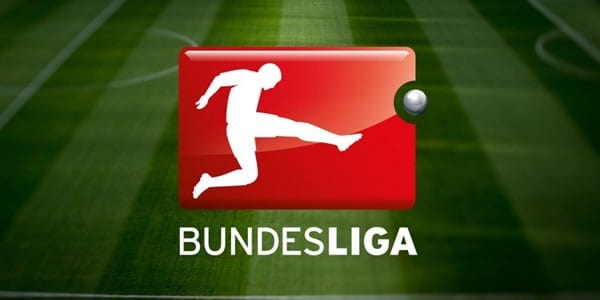 That’s because Germany’s government has approved the return of the Bundesliga, the German soccer league, which will resume action on May 16. German soccer might not be what American sports fans were hoping for, but it’s the first step, and it’s actually a significant first step for three reasons. First, the Bundesliga is very watchable. It’s widely accepted among soccer fans that the Bundesliga is one of the three best soccer leagues in the world, along with La Liga in Spain and the Premier League in England. Plus, the Bundesliga has been the most willing to take a chance on American players. Six recent members of the United States’ national team compete in the Bundesliga, including midfielder Weston McKinnie (Schalke 04) and defender John Brooks (Vfl Wolfsburg).

Second, not only is the Bundesliga a watchable product, but many American bettors will be able to watch it. Fox televises the Bundesliga on a regular basis, and now that the Bundesliga is the only game in town for a few weeks, expect them to show as many matches as possible. The Bundesliga is set to move to ESPN next season, and games are usually played Saturday morning because of the time difference, so this is an excellent opportunity to familiarize yourself with something that will be on before college football kickoffs in the fall, assuming we get a college football season.

Third it’s available to wager at most of the top sportsbooks, and we’re not flying blind here. Seventy-five percent of the season has been played, so we actually know a lot about all 18 Bundesliga sides. Because Germany wants to finish the season by June 30 so it can start next season on time in the fall, we’re going to have plenty of matches to bet in a small window. That means it’s essential to familiarize yourself with how to bet on soccer, and that’s what we’re here for. If you’re new to soccer betting, this guide should help you understand some of the most common bets so that you can make informed choices when you lay down your money. Here are a few things you need to know!

How Does Soccer Betting Work?

Unlike most American sports, there are ties in soccer. Unfortunately for bettors, ties are not pushes at the gambling window. When you make a soccer bet, you can bet on either team to win, or you can bet on the match ending in a draw. All three of these are straight win-loss bets. If you bet on Bayer Leverkusen and the match finishes 1-1, it’s a draw for them but a loss for you. However, there are ways around this, which leads me to our next question.

What is a Double Chance Bet?

Double chance is one of the most popular ways to bet a soccer match. With soccer, there are three possible outcomes: Team A wins, Team B wins, or the game ends in a draw. A double chance is precisely what its name implies: it gives you two out of three chances to win your bet. When you bet a double chance, you’ll pick one of the two teams, and you’ll win your bet as long as they don’t lose the match.

Of course, a double chance isn’t going to give you as good of a payout as a straight bet to win, but that’s the trade-off. If it’s expected to be a tight match, such as Bayern Munich against Borussia Dortmund, a double chance is an excellent way to maximize your opportunity to make money.

What is a Draw No Bet?

If you’re just terrified of a draw ruining your chances but don’t like the odds on a double chance, this is another option. A draw no bet gives you a push if the match ends in a draw, turning your wager into a more traditional bet. This is a good option when you’re fairly confident your team won’t lose, but the odds on a double chance aren’t good enough to justify hedging to that extent. The odds on this bet will always fall somewhere in between a straight win and a double chance. If they don’t, take one of the other bets instead.

What is a Win to Nil Bet?

The word “zero” practically doesn’t exist in soccer. Instead, when a team fails to score, it’s called “nil”, and the defense is said to have kept a “clean sheet”. A win to nil bet means that you’re betting on one team to not only win the game, but also to keep the other side from scoring.

That means those teams will be desperate, so those aren’t good win to nil candidates. Instead, you want to make a win to nil bet against a team that’s around 8th to 13th in the league, as those teams are safe from relegation and aren’t good enough to qualify for the European champions’ competitions. Those teams are most likely to go through the motions — and that means clean sheets.

You sure can. Spread betting works exactly the same way in soccer as it does in football and other sports. When you get a probable one-sided affair, such as Bayern Munich against Werder Bremen, a spread bet is usually the only way to get the big club at a reasonable price. Be warned, though, goals can be tough to come by, especially if a team is desperate to avoid relegation, and a two-goal spread is hard to cover.

BET YOUR SOCCER PICKS FOR FREE BY TAKING ADVANTAGE OF A 100% REAL CASH BONUS AT ONE OF THE WEB’S BEST SPORTSBOOOKS: MYBOOKIE

What is a Correct Score Bet?

Now we come to my favorite way to bet a soccer match. Correct score betting is precisely what its name implies: you’re betting on the final score at the end of the second half. You have to hit this bet exactly in order to win, and that means the payouts can be pretty sizable. Usually, you’re looking at +600 or more to nail this bet, which is why I like to take two or three possibilities and throw a couple of dollars on each one. If I’ve got $3 each on a match ending 1-0, 2-0 or 2-1, then I’m covered for three different ways for my side to win, and if one hits, I’ve essentially returned four to five times my initial bet. It’s easily the most nerve-wracking and the most exciting way to bet a soccer match.

My favorite is Both Teams to Score, which I love to bet when I think it’s going to be a wide-open match, and both teams need to win. It’s a simple, straightforward bet: as long as both sides find the net, you win your bet, no matter what the final score is. If you don’t know much about either team but want to get excited during the match, this can be an excellent way to make a wager because you’re simply rooting for goals.

You can also bet over/unders just like you can with other sports, or you can bet on a certain player to score at any point in the match. You can also bet on just the first half of a match if you’re so inclined. There are plenty of possibilities.

What Do I Need to Know About the Bundesliga?

First, it’s how the standings work. In soccer, you get three points for a win, one for a draw and zero for a loss. Your place in the standings is decided by your point total, and if there’s a tie, goal differential breaks the tie. That’s done to encourage teams to attack and score more goals.

Beyond that, the most basic thing to know is what positions matter the most for whether a team has something to play for. Because it’s one of the best leagues in the world, the top four teams in the Bundesliga qualify for next season’s UEFA (Europe) Champions League, considered the most prestigious championship in club soccer. This is a big deal because the Champions League means a ton of money and prestige for the teams that qualify, so if a team has a realistic shot at finishing in fourth place, they will go all out trying to get there. Winning the title is goal one, of course, but the difference between fourth and fifth is astronomical.

Teams 5 and 6 don’t get left out in the cold when it comes to European competitions. These teams qualify for the Europa League, which is a tournament for the next-best clubs that’s still reasonably prestigious. The winner of the Europa League automatically qualifies for the following year’s Champions League, so it’s still a fairly important tournament. The fifth-place team qualifies automatically, while the sixth-place team gets to compete in a qualifying tournament to see if they can qualify too. Depending on other results, the seventh-place team can sometimes also qualify.

Yes, I said three, not two, because the 16th-placed team can also be relegated along with the two worst teams. However, as a reward for not finishing in the bottom two, the 16th-placed team is given one final chance to save itself by playing two matches against the third-place team in the Second Bundesliga. If they win, they are not relegated and get to remain in the Bundesliga. If not, they go down too, and their opponents take their spot at the top level. It doesn’t get much rougher than that.

Which Teams Do I Need to Know?

The primary team that you need to know is Bayern Munich. The Bavarians (Soccer nicknames are very weird, just trust me on that) would be the New England Patriots of the Bundesliga, if the Patriots had no salary cap to worry about and could only buy whoever they wanted. Bayern Munich has won the last seven league titles, and as of the restart, sits four points ahead of Borussia Dortmund, their most likely challenger. Dortmund has had plenty of success and routinely qualifies for the Champions League, but it hasn’t been able to get past the Bayern Munich hurdle since 2012 when it won its most recent league crown.

Beyond the big two, other realistic challengers for the crown include RB Leipzig, Borussia Monchengladbach, and Bayer Leverkusen. All three are within eight points of Bayern Munich, and with nine matches left to play, there’s plenty of time for them to catch up. Right behind them are Schalke 04 and VfL Wolfsburg, who aren’t going to catch the top teams but will be trying to hold on to their Europa League spots. Both clubs have plenty to play for.

At the bottom of the table, Werder Bremen and SC Paderborn 07 are going to need a minor miracle to save themselves over the final nine games. Both teams sit in the drop zone, and they’ve got a combined eight wins between them in 49 matches. Unless they can find a way to pick up their form after the restart, they’re going to be looking at life in the Second Bundesliga next season. Find the absolute most Bundesliga wagering options at 5Dimes Sportsbook! They also offer the lowest odds which saves you a ton of money!