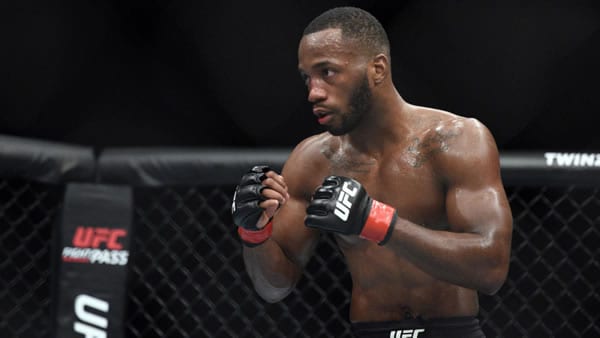 The UFC 262 main card is packed with meaningful fights, and heading the top of the bill are two big ones. Fan-favorite and longtime UFC standout Nate Diaz returns and faces a top contender in welterweight contender Leon Edwards. Unbeaten for over five years, Edwards looks to inch closer to a title shot. After another layoff, does Diaz have another big one in him? Also, on the card, lightweight contenders Tony Ferguson and Beneil Dariush tangle in a bout that could go a long way toward getting the winner a title shot against the winner of the UFC 262 main event. After a slide, can Ferguson bounce back? Or will Dariush finally put himself in a position for a big fight?

Nate Diaz takes on Leon Edwards in the co-main event at UFC 262. This fight will be contested at welterweight, where Edwards has been on a tremendous roll - unbeaten since 2015. He lost his first fight in the UFC, and since then, only current champion Kamaru Usman has been able to beat him. Diaz, the once-boyish figure, is now a ripe 35, and after being on ice for all of 2020, where is he exactly in terms of still being a relevant figure in the sport?

Edwards may not be all that thrilling and is a bit off the radar for more casual fans of the sport. But he, as dependable as they come, a consummate professional. And that means you can count on certain things—excellent preparation, a sound game-plan, and few mistakes inside the cage. With a slew of readily-forgettable decision wins, he hasn’t captured the fans’ imagination the way Diaz has. But this is a fight where it’s important not to confuse entertainment value with merit.

Diaz has the name. He also has the memories. A regular fan of the sport would need to go through dozens of Diaz highlights before thinking of something Leon Edwards did inside the cage. And let’s face it, Diaz has thrived in the spotlight in ways Edwards never has. But the damning evidence is a major downside. Since that big win over Conor McGregor, which was over five years ago, he has fought three times. He looked good in a decision win over Anthony Pettis in 2019, but later that year, wasn’t all-that-competitive in a TKO cut-loss to Jorge Masvidal.

At root, I think Edwards is all wrong for Diaz. I can’t rule out another performance from Diaz that defies reason on a lot of levels, but as the inactivity and age pile up, as the fighters around them get better and better, I see Diaz brothers highlights dwindling down at this stage of the game. You can’t moonlight in a sport where the talent is passing you by, and they’re committed athletes who want to fight and prove themselves while you’re dilly-dallying and letting your prime years wane without activity. Not that Diaz doesn’t still have it, but I think Edwards’ combination of skills, resolve, and durability will be too much for Diaz to overcome.

My Pick to Win: I’m betting on Leon Edwards at -400 betting odds. At this stage, thriving among the top 170-pounders in the world might be out of the inactive Diaz’ range. Edwards doesn’t make a lot of mistakes, and while his fights aren’t all-that-memorable, he knows how to manufacture a win, and I see him doing that in fairly routine fashion in UFC 262. Bet your pick LIVE in-progress at a sports betting site where your credit card WILL work for deposits and where you’ll receive a generous 50% signup bonus! —-> Bovada Sportsbook!

Lightweight contenders Tony Ferguson and Beneil Dariush clash on the UFC 262 main card. With the vacant lightweight title being contested in the main event, both men here have their sights on the big prize. For Dariush, six straight wins have put him in a good spot, and a win over a name like Ferguson would give him a big push. But after having not lost since 2012, Ferguson had a disastrous 2020, losing two in a row just as he was primed to take over the division with Khabib moving on. Does he have another run in him? Or will Dariush finish what 2020 started?

I think we’re starting to see the unfortunate downside of a career that just didn’t pan out with Ferguson. For him to have never fought for the lightweight title after going on one of the best runs in the division’s history is a travesty. But between the multiple bouts with Khabib falling through and the nearly-decade-long climb to a spot he never got, it may have taken something out of the California-based standout. Throw into the equation all the mileage he accrued, the two setbacks last year, and that he’s now 37, it’s hard to imagine this all giving way to a spurt. And how easy it for him to be making 155 at this point? He just seems more brittle and dried-out lately, a fighter who was iced out of the title picture for years who just ended up growing stale.

Let’s also point out that in losing to Justin Gaethje and Charles Oliveira, Ferguson lost to two of the better contenders in the division. I’m not sure we have enough to conclude that a fighter like Beneil Dariush is out of Tony’s range just yet. Dariush has been in the UFC for over seven years. He has scored some memorable submissions and even flattened a few guys along the way. Still, despite being in the same division as Ferguson, he has operated in a lower context.

Taking Ferguson at this point has its obvious drawbacks. His best work is definitely in the rearview of his career. I just don’t think Dariush has either the superhuman physicality, submission prowess, striking power, or overall X-factor to make him a slam-dunk against an MMA talent as robust as Ferguson, whose back is truly against the wall. I see that level of urgency giving way to a renewed energy, with Ferguson doing enough to end his slide. I’ll take the underdog whirl on Ferguson.

My Pick to Win: I’m betting on Tony Ferguson at +130 betting odds. He is in a must-win spot against a fighter who doesn’t quite represent the upper-reaches of the lightweight division. While Ferguson may be spoiled goods at this point, anything resembling a reasonable facsimile of the Ferguson we’re used to seeing could be too much for Dariush. Bet your UFC picks for FREE this week by taking advantage of a 100% REAL CASH bonus on your first deposit of $100 to $300 at MyBookie Sportsbook! Must use promo code PREDICT100 when registering for a new account!