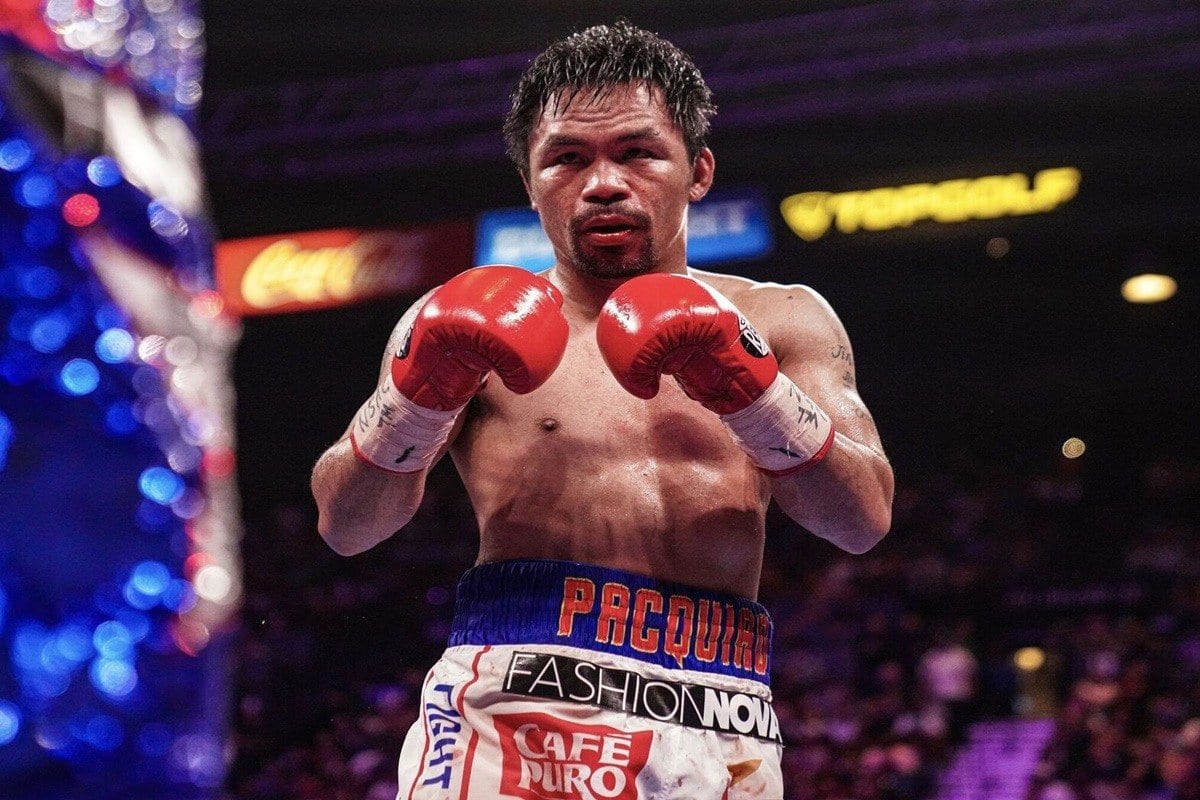 Errol Spence will take on boxing legend Manny Pacquiao in a welterweight unification bout on August 21 in Las Vegas. This fight will have a long-lasting historical impact for both fighters. For Pacquiao, it’s a chance to add another big name to his record, and beating a champion of Spence’s statue at this advanced age would be a hallmark victory. And for Spence, it’s the chance to start putting some big nuggets in the form of legends on his ledger. Who can come out ahead in this one?

The 31-year old Spence has won all his fights as a pro, coming off an illustrious amateur career. A bad car accident threatened his career and life. Therefore, his last fight, a fairly routine decision win over Danny Garcia, was important to make sure everything was in check. And since winning the belt with a stoppage of Kell Brook, he has beaten such standouts as Lamont Peterson, Mikey Garcia, Shawn Porter, and Danny Garcia. He’s an unbeaten champion who is highly skilled and capable. He represents a level that Pacquiao hasn’t seen in a while—a prime unbeaten champion who has great size.

At 42, Pacquiao is in unchartered waters when it comes to mileage and longevity. In his last fight in 2019, he showed he still has it with a clear decision win over Keith Thurman. But after a layoff and some injuries, perhaps Thurman was a level beneath this task. Still, for Pac-Man to be able to get it done at this stage is beyond remarkable. Off hand, can you name another fighter who was still viable a full 23 years after winning their first world title? He can still do a lot of the things that make him one of the best and illustrious fighters in history.

But he is 42. It’s been over two years since he last graced the ring. Chronologically, his age isn’t crazy at 42. But that is ancient for a welterweight. Again, one cannot name a 42-year old welterweight who won a fight this big because no one has ever come close to doing that. And being at the top of whatever division he is fighting in for almost a quarter-century means he has been fighting dangerous and punishing fighters for a long time. There is untold mileage on him. In a weird way, when dealing with a veteran like Pacquiao, where the sport is innate to him, maybe some time off wasn’t the worst thing. Yes, he is at a very advanced age for a 147-pounder, but at least he will be somewhat refreshed for this fight with the layoff.

It’s just that this represents a different level of depth for Pacquiao. For the better part of the last decade, Manny has been fighting good fighters, but guys who weren’t really the top dogs in their division, as well as big-name veterans who were also dealing with wear and mileage issues of their own. To succeed against a physical fighter like Spence and beat an ambitious and unbeaten champion would register as one of the greatest ever boxing wins scored by a member of the forty-plus set.

At the same time, you’re getting pretty good odds on Pacquiao. Let’s discuss talent for a moment. More specifically, let’s discuss Manny’s talent and how you’re hard-pressed to find another fighter who has shown more talent in his career. Talent doesn’t lie. It doesn’t disappear. In boxing, it may lessen with age. But in his last fight, Manny was still showing an awful lot of talent. When you’re getting close to 3-to-1 on a fighter as talented as Pacquiao, you can’t scoff at that.

I think there are some stylistic edges for the Filipino legend. Manny likes to dart around, coming in and out. He’s still cat-quick as he moves around. He’s quick, and he’s sudden, and when he launches his shots, they hurt. He hits hard. Spence likes to go to the body, not an easy proposition against a fighter who isn’t going to make himself available for prolonged work to the body. And when fighters go after Pacquiao, that pursuit can get them hurt, as Pacquiao has dropped countless fighters who try to find him a little too eagerly.

Wager on the winner, which round, or Y/N for a TKO at MyBookie!
We’re just starting to come out of this covid funk. Boxing fans want to see something special, even sentimental maybe. If Spence goes out there and batters the 42-year old Pacquiao, it’s just another case of young beating old, which makes for an unmemorable evening. But Manny winning would be historical. It would bring attention to the sport. It would be inspirational for people. And judges aren’t immune to that. You could almost see why Manny might get a little extra mojo on the scorecards, which could be key if this is, in fact, a close fight. Sentimentality can play a role.

Still, it might be hard for some to wrap their heads around the notion that an aging smaller fighter whose odometer has turned over could pull this off against a bigger, unbeaten, punishing puncher like Spence. That’s understandable. I just think some things offer hope for Pacquiao. One is his movement. He’s not going to lay in there and allow Spence to tee off on him. Another is speed. Pacquiao moves quicker, with his feet and his hands. With those hard straight and super-quick shots, Pac could have the more compelling shots, the punches that stand out the most.

I see this as a fight where almost the entire spectrum of possibilities is plausible. You could defend almost any stance. It’s just with all the underdogs you’ll take in boxing, you’re not going to find one more talented than Pacquiao. That alone deserves consideration. When you consider how hard Pacquiao is to pin down, how well he does against fighters who pursue him with gusto, and the fire he brings into the ring, suddenly it doesn’t seem that crazy. I’m going out on a limb and taking Pacquiao in this one.

I’m betting on Manny Pacquiao at +275 betting odds. It is understandable why some would be reluctant to take a fighter this old and who has been around so long. I just think the stylistic matchup could potentially favor Pacquiao, still a mega-talent who is getting at least pretty good betting value in this admittedly tough challenge. Bet the fight for FREE by taking advantage of a 100% REAL CASH bonus on your first deposit of $100 to $300 at MyBookie Sportsbook! (Must use promo code PREDICT100 to get the extra bonus loot credited to your wagering account.)