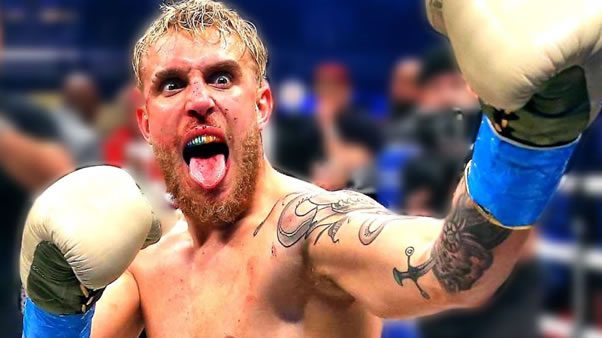 Internet sensation Jake Paul takes another step in his pro boxing career when he takes on former UFC Welterweight Champion Tyron Woodley on August 29 in Cleveland. This is the fourth fight for Paul, who has won his previous three fights by KO. Woodley is certainly a well-known name in fighting circles, but this will be his first pro boxing match. Can Paul continue doing what he’s been doing against a former UFC champ and a fighter who does have heavy hands in Woodley? Or will Woodley bring the curtain down on this show? Let’s break it down!

These aren’t easy to break down. At first, I was resistant to the idea that Paul could come out of nowhere and beat NBA slam-dunk champions and MMA fighters, even if they were wrestlers. A new perspective is needed in light of the fact that Paul can actually fight a little. An athletic guy, he’s been working really hard at this, and if you didn’t know any better, you’d figure he’s a half-decent boxing prospect at first glance. He can hit a little bit and has shown you’re going to need some serious hands to mess with this guy.

At the same time, context is important. It’s easy to look good in a pro boxing ring when you’re not fighting other professional fighters. In other words, you don’t say someone is good at a sport until they show they can shine against other people who are also good at that sport. In his first fight, he beat someone who didn’t belong in a ring. Beating Nate Robinson was eye-opening, but Robinson really looked horrible in there. And against Ben Askren, he was fighting a guy who doesn’t have good hands. So what has Paul really accomplished?

This fight represents a higher level of danger but also shows some of the cagey matchmakings that have allowed Paul to garner attention. One also has to factor in the reality that Paul is the ticket here. There’s no future for this whole Triller promotion if the opponents beat their meal tickets. And as we have seen countless times, betting against the guy the promotion so obviously wants to win can have its drawbacks.

It’s true that Woodley is a former champion. And while he was brought up as a wrestler, he has flashed extremely heavy hands at times in his UFC career. But he’s 39 now, 15 years older than Paul, and far-removed from his championship form, dropping his last four fights. It has been a precipitous fall for Woodley, and since making the third defense of his UFC Welterweight Title, he hasn’t tasted victory. So while Paul and his team are taking more of a chance than with their three prior opponents, it’s still a calculated risk with a fighter clearly on the downslide of his career.

Bet on the Jake Paul vs. Tyron Woodley fight (Win, TKO, Distance) Bovada!
It’s just that there is a palpable dip in Woodley over the years. To go from a champion who makes multiple defenses to a fighter who can barely be competitive portends a bad story for Woodley and his potential backers. Woodley simply grew stale at some point. Maybe he got old, the sport passed him by, or whatever. But one thing is clear—his ability to get positive results in the octagon has gone south in a big way. At no point in his last handful of fights has he given the vibe of a fighter who can get things back together.

The thing is that even in his prime, Woodley wasn’t all that smooth with his hands, at least not in any way that would make you mistake him as a boxer. He could wield super-hard single shots. He has turned off people’s lights before, to be sure. But in a boxing ring, where punching is the only means of offense, those kinds of single-shot blockbusters that Woodley used to good effect in MMA carry a lot less juice. It’s the work you do in between the big shots that counts. And in that area, Woodley may find himself outclassed, even by a guy in Paul who wasn’t even a boxer until that long ago.

Context is important, but so is momentum. Yes, Woodley has scaled heights Paul will never climb in the fight industry. And with all this talk about how good Paul is doing and how Woodley is slipping, it’s key to keep in mind who they’re fighting. Paul has looked good, but maybe Woodley would be looking that good too if he were fighting slugs, former basketball players, and an MMA fighter with no hands. But there is still something to be said for the dichotomy of their recent work. You have one guy in Paul who makes opponents go splat, while Woodley has to think back years to recall a successful fighting moment.

I think this is a not-all-that-subtle elevation in opponent for Paul in this fight. But considering the ease with which he has been winning, I’m thinking it’s either going to take a real boxer to beat him or at least an MMA fighter with good hands closer to his prime. I can see a potential Woodley backer being able to make a pretty salient case for victory in this fight. There is a path. After all, he’s a guy who dedicated his life to being a fighter. It’s not something he stumbled upon willy-nilly. I just don’t think he is what he used to be, and maybe it’s not even that close. And in a new sport, I see this as being a little out-of-range for Woodley at this point. I’ll take Jake Paul in this one.

I’m betting on Jake Paul at -125 betting odds. Woodley is dangerous with his background and heavy hands. The size, youth, energy, and more free-flowing hands of Paul, however, might be too much for the depreciated Woodley to deal with at this point. Bet your boxing predictions FREE this month by taking advantage of a 100% REAL CASH bonus on your first deposit of $100 to $300 at MyBookie Sportsbook! (Must use bonus code PREDICT100).