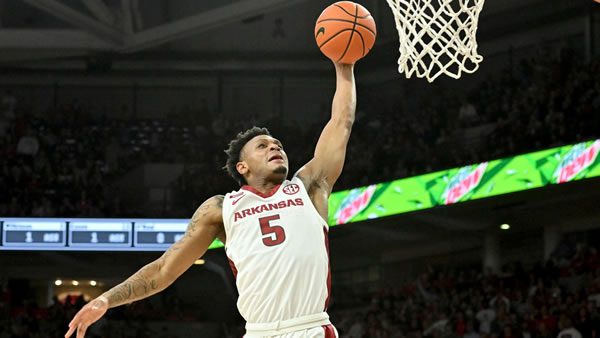 Arkansas
Arkansas has no reported injuries at this time

Arkansas comes into this matchup as the more efficient scoring team. In these games, the Razorbacks have a record of 21-4 on an average scoring margin of +17.0. Even though Tennessee trails Arkansas on the offensive end of the court, they enter this game holding the edge on defense. So far, the Volunteers are 21-5 with an edge in defensive efficiency. In these games, they hold an average scoring margin of +12.0.

Don’t expect this game to be heavily dictated by three-point shooting, as both the Razorbacks and Volunteers are near the bottom of the NCAA in percentage of points from beyond the arc. So far, Tennessee has been more efficient on these shots, connecting on 34.6% compared to 30.9% for Arkansas.

The home team usually dominates in this matchup. I don’t foresee anything changing Saturday! Lay the points with the Tennessee Volunteers! Bet your Razorbacks/Vols pick and ALL your bets today for FREE by taking advantage of a 100% REAL CASH bonus on your first deposit of $100 to $1000 at Betnow Sportsbook! It’s the best sportsbook bonus you’ll ever find on the web!