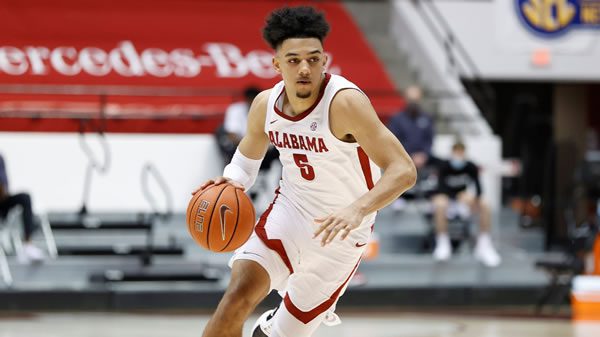 With half the state of Alabama in mourning after the Crimson Tide lost the football national championship to Alabama, the basketball version of the Iron Bowl takes center stage. While this has the potential to be a great matchup on the floor, there’s a genuine question as to how the Alabama fans will react to having a basketball game come less than 24 hours after they watched their football title dreams melt away. This phenomenon has happened before: 21 years ago, Duke traveled to Florida State right after the Seminoles had just lost the national title to Oklahoma (yes, for those of you in your 20s, Florida State used to be good at football), and Tallahassee was so quiet that Duke star Shane Battier said afterward he could hear himself think on the floor.

This game likely isn’t going to be that bad, in large part because it’s a rivalry game and because Alabama is now a genuine basketball power, as opposed to the basketball backwater that Florida State was back then. But it’s still something to consider, as the Tide will likely not have the boisterous home crowd that comes with a rivalry game to feed off. That could be a problem because Alabama comes in off its worst loss of the year, and Auburn has been hitting on all cylinders as of late. When the Tide is on, their ceiling is as high as anyone in the country, but on an off night, they’re very beatable, making this a tough pick to make.

With 11 straight wins and only one loss on the season (and it was in overtime), Auburn has its eyes set on winning the SEC title for just the fifth time in its history. The Tigers’ crown in 2018 was just the program’s second in the past 62 years, as the league has long been dominated by the likes of Kentucky and Florida. But Bruce Pearl has built the Tigers to the point where they’re a legitimate contender for titles almost every season now, as they’ve finished fourth or higher in three of their past four seasons.

What makes this Auburn team run is the inside-outside combination of Jabari Smith and Walker Kessler. Smith tends to drift outside for baskets, while Kessler leads the Tigers in rebounds and nearly averages 10 points a game because of his work inside. The Tigers also boast quick hands-on defense and take reasonable care of the basketball. The one problem Auburn has is Smith is really the only one they can count on from outside. Nobody else shoots above 36.8 percent from long range, so if Smith isn’t hitting, Auburn has problems.

More Picks: Get Joe’s Warriors vs. Grizzlies Betting predicitons for their 1/11/22 game >>>

Betting on Alabama basketball is just maddening because the Tide have the talent to beat anyone in the nation but also have the lack of defensive discipline needed to allow just about anyone to beat them. In December, this team went up to the Pacific Northwest and beat Gonzaga and did it playing at the Bulldogs’ preferred tempo. On the other side of the coin, this team allowed Missouri to shoot 38 percent from deep (the Tigers are one of the worst deep shooting teams in the nation and managed to lose by six in Columbia because they couldn’t defend.

That’s the problem with the Tide: they focus far too much on just outscoring their opposition. It means that they’re always exciting to watch, but they’re also heart-wrenching to bet. Lately, they’ve just been a bad bet, failing to cover in five of their past six contests overall. Jaden Shackleford is still a fine scorer, but he’s not accurate enough with his shot and doesn’t hit his free throws, a problem for a guy who plays 34 minutes a night.

Auburn will Cover If: The Tigers can force Alabama into mistakes with their defense and dictate the pace of the game. Auburn likes to play fast, too, just not quite as fast as Alabama. The Tigers need to keep the Tide from running all over the coliseum.

Alabama will Cover If: The Tide can hit their foul shots when they come. Alabama has left a fair amount of points at the charity stripe, and if they can sink their free throws, they can take advantage of Auburn’s aggression.

This game produces a lot of points no matter where it’s played. Both teams like to run the floor and can score the ball pretty well, so even though the total is high, I think it hits.

Auburn is just more consistent than Alabama, and I don’t want to give points with the less consistent team. Auburn might well win the game outright, but for this situation, I’ll take my free 3-pointer and back the Tigers.