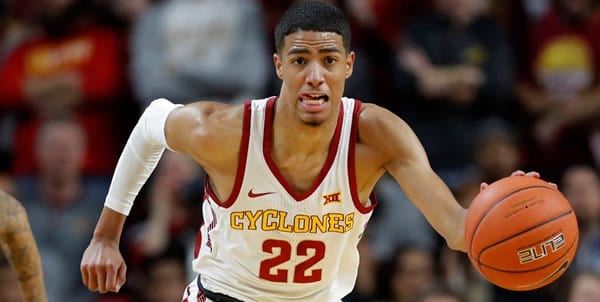 No matter how many games Baylor wins, the Bears aren’t going to get any real respect until they manage to win when it matters most and earns a spot in the Final Four. Baylor has simply stepped up its defense and continued its run through the Big 12, and the Bears have held almost every opponent that they’ve faced well under 65 points per game.

How do you stop this team? You have to find someone to match up with Jared Butler and force him into bad shots, and you have to keep Freddie Gillespie off the boards. That was the strategy that Baylor played when the Cyclones came to Waco, and while the strategy was sound, the execution was anything but. The Cyclones couldn’t play defense well enough to slow down the game and frustrate the Bears, and Baylor emerged with a 13-point win that was never in danger.

Iowa State has had two weeks to assess what went wrong in Waco, and the main thing to take away from that game is that the Cyclones have to hit shots much better than they did the first time. Iowa State has had a productive offense for most of the season, but the defense ran into problems against two of the three best defenses in the league in Texas Tech and Baylor. The Cyclones managed to combine to score a mere 107 points on their two-game Texas trip, just 18 points more than they got in their win over Oklahoma State alone when they returned to Hilton.

Really, that’s the thing that Iowa State has to do in order to get a result. The Cyclones have to play their style of basketball. Iowa State is one of the few teams in the Big 12 that actually plays like a team from the football version of the league, as the Cyclones are unquestionably offense first. Tyrese Haliburton and Rasir Bolton form a solid 1-2 punch in the backcourt, but there’s not much down low to help them out should the game turn into an inside duel. Iowa State’s big problem is that there is no one rebounder to help them put an end to possessions, which can lead to long stretches without the basketball.

Hilton Magic. The Cyclones have been known to pull out huge upsets out of nowhere in Ames, and even in a lost season like this, and the Iowa State fans are not going to let their season die no matter how hopeless the cause is. One thing you need to know about an Iowa winter is there’s not much to do in those months besides following the Cyclones or the Hawkeyes, meaning that the crowds are still going to be there no matter what the situation is (unless there’s an ice storm, of course, but Wednesday only projects snow and just an inch of it). Baylor has to be ready for a fired-up home squad that will play with nothing to lose because the Cyclones’ results really don’t matter at this point. Most likely, Iowa State will be playing in the first round of the Big 12 tournament as one of the bottom four teams, so their goal will be to play loose and get ready for March.

The Bears can dominate on the boards. Baylor has a much bigger and longer team than Iowa State, and the Bears essentially shoved the Cyclones aside in the first meeting by grabbing 17 offensive boards and keeping the ball away from Iowa State’s shooters. When a team that plays defense as well as Baylor does can bleed 90 seconds to two minutes off the clock per possession, it can wear on a team. Iowa State does not have the personnel to battle back inside, so if the Bears are ready to bang again, this is their game.

Iowa State will Cover if:

The Cyclones can get hot from deep. What’s the way to beat a team that rebounds the ball well? Hit your shots. There are no rebounds if you make all your shots, and Iowa State didn’t come close to doing that in the teams’ first meeting. Haliburton and Bolton shot a combined 5-for-22 for the game and were 4-for-13 from behind the arc. That’s not going to come close to good enough for Iowa State to get a result.

It’s hard to pick against Hilton Magic, but the Cyclones really aren’t in the position to pull off a win this time. Baylor is a lousy matchup for Iowa State because the Cyclones don’t have the ability to keep the Bears off the boards, and if the shots stop dropping for Iowa State, the Bears will take over the game. For Iowa State to cover, you’ve got to believe that the Cyclones can shoot around 50 to 55 percent for the game. Anything below 50 percent, and there will be too many defensive rebounds available for Baylor to grab.

I just can’t see it happening. Iowa State has already played one defense-first squad in Ames this year, as Kansas visited earlier in the season. The Jayhawks left with a 79-53 victory, marking a perfect 3-for-3 for the Cyclones failing to break 60 against the Big 12’s Big Four of Defense (Baylor, Kansas, Texas Tech and West Virginia).

Given that Iowa State is expected to score 68 per Vegas, I’d jump on the Cyclones under the total if you can find that bet. If not, the under is just fine as an option. As for the game, the magic isn’t there this season. Give me the Bears. Where do you bet your college basketball plays? If your bookie isn’t allowing you to bet at -105 discounted odds, you need to consider dumping him and leaving for greener pastures where you’ll receive savins ever single time you bet! Start saving big bucks today by betting cheaper at -105 odds at 5Dimes Sportsbook!