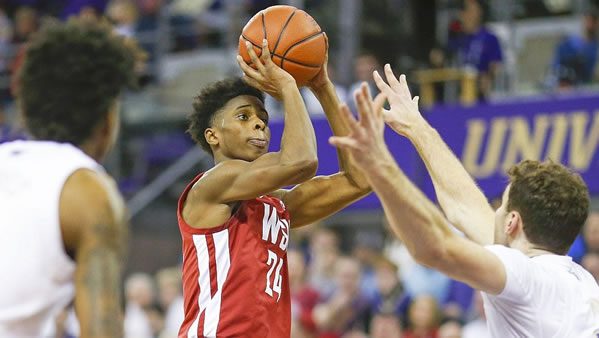 The California Golden Bears come into this matchup with an overall record of 12-19. On the season, the Golden Bears have struggled in Pac 12 action. Through 20 games, the Golden Bears are 10th in the conference with a record of 5-15. Not only is California struggling in the Pac 12, but they also have a below .500 record on the road or on neutral floors, sitting at 2-11. Against Washington State, the Golden Bears will look to turn things around, as they are on a 2 game losing streak.

The Washington State Cougars get set to host the Golden Bears with an overall record of 18-13. On the season, the Cougars have performed well in their 20 conference games, posting a record of 11-9. This mark is good for 5th in the Pac 12. Heading into this matchup, the Cougars are looking to stay hot, as they try to add on to their current 3 game win streak.

For the season, the California Golden Bears are averaging 63.2 points per game, good for a rank of 327th in the NCAA. When playing on the road, the Golden Bears ‘ scoring average drops to 59. The team’s defensive performance also takes a hit when playing away from home, giving up an additional 2.0 points per game. On the other side, the Washington State Cougars are the 118th ranked scoring offense, averaging 72.3 points per game while giving up 66.1 (73rd)

Washington State enters this matchup vs California, having played 16 games as the more efficient offense and defensive team. In these contests, they have posted a record of 12-4. Through 31 games, the Cougars are averaging 73.0 points per 70.0 possessions (NCAA Average), compared to 73.0 for the Cougars. In these situations, Washington State has an average scoring margin of 9.0 points. On the other side, the Golden Bears are 6-18 as the inferior team on both ends of the court. In these 5 instances, they hold an average scoring margin of -6.0.

For the year, the Golden Bears are well below the NCAA average in percentage of points from made three-point shots, sitting at just 26.3%. This is unlike the Cougars who have relied on made three-pointers for 38.1% of their scoring this year. In terms of efficiency, Washington State has been the more efficient team, connecting at a rate of 34.3%, compared to California at 31.3%.

More Picks: BC vs Wake 3/9/22 game banalysis plus best bet versus the spread >>>

A large percentage of games simply aren’t worth betting and this is one of them. The 8.5 line is right on and I’d be surprised if the final margin was very far off. Cal has shot only 37% from the field over their last five while WSU has somehow been winning games while allowing 48% from the field! My recommendation here is that you pick another game you like and throw the Washington St. money line into your parlay bet to increase your potential payout. Sorry, but this spread offers ZERO wagering value.