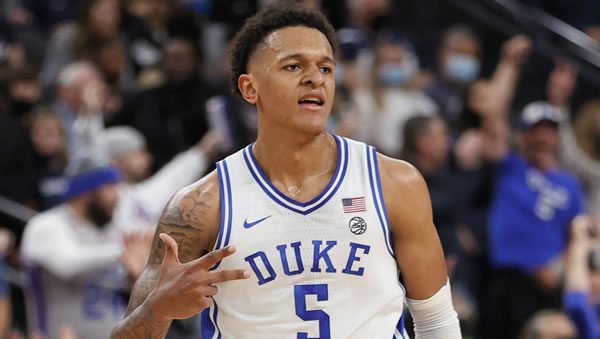 We know that this is the last Duke-Syracuse game to feature Mike Krzyzewski. Could it also be the last one to include Jim Boeheim? Boeheim has given no indication that he plans to hang up his whistle. Still, he will be 78 this November, and his sons are about to exhaust their collegiate eligibility, which could make this the ideal time to go out if he decides to do that.

Then again, Boeheim likely wants to coach his last game in the NCAA tournament, and this Syracuse team will not be doing that. The Orange have no shot at reaching the tournament without winning the ACC tournament, and they’ll honestly be lucky to even make the NIT with their current record.

That does, however, make them a very dangerous opponent for Duke because Syracuse has absolutely nothing to lose going into this game. The Orange already know that unless they win four games in four days, two weeks from now, their season is toast, meaning this game is basically their national championship game. Duke has struggled to match their opponents’ intensity throughout the season, which often leaves the Blue Devils hovering right around the number in the final minutes of action. The Blue Devils have mostly been a reliable bet this season, but can they keep that going against a fired-up home team?

The key for this Duke team will continue to be what it’s been all along: get the ball inside to Paolo Banchero and Mark Williams and let them do the work. Banchero has proven to be one of the most unguardable players in the country to this point, and pairing him with Williams gives Duke a size advantage that few teams in the nation are able to match. The Blue Devils have consistently been able to find open spaces in the defense and get one of them to go to the hole all year long. But against Syracuse, this might be a bit of a different challenge because the Orange remain famous for their 2-3 zone and will likely do all they can to keep the Blue Devils from dominating the interior. That leaves Duke with the question of how exactly it wants to attack this, as the Blue Devils can choose to either count on its talent advantage or try to let its guards open things up from the outside. With Duke coming off a 7-for-17 showing from the arc and three of the misses being Banchero’s (meaning the rest of the team shot 50% from deep against Virginia), the Blue Devils might try the traditional way to deal with a zone, which means letting AJ Griffin shoot.

It’s pretty tough for a three-man team to get much done in major college basketball, and a three-man team is pretty much exactly what the Orange have got. Against Notre Dame, the Orange got 58 of their 69 points from Jimmy Boeheim, Buddy Boeheim, and Cole Swider, who rested a combined three minutes in the entire game. They also took 45 of the Orange’s combined 57 shots, so it’s not as if Syracuse is unaware of what it is. The Orange know that if any of those three doesn’t perform well, their chances of winning the game basically vanish.

And that was what happened last time out, as Syracuse shot just 26 percent from behind the arc and got 3-for-14 shooting from deep from the brothers Boeheim. The two are normally good 3-point shooters — no mean feat, considering the terrible shooting environment that they get to call home — but if either one starts missing, it’s usually a long day for Syracuse.

Duke will Cover If: The Blue Devils can solve the zone and attack the ball inside. Duke has the more talented and the deeper team, it’s just a matter of wearing down Syracuse and waiting for the soft spots to appear.

Syracuse will Cover If: The Orange can get hot early and keep the crowd in the game. The Syracuse fans genuinely come out for this game, even with the Orange struggling, and if Syracuse can give fans a reason to cheer, the job gets tougher for Duke.

Strangely enough, Duke’s defense is actually traveling well when it goes on the road. The Blue Devils have held six straight opponents to 67 or less when playing outside Cameron, so backing Syracuse to go under its team total of 72.5 makes a lot of sense here.

Duke won handily when the teams met in Cameron, and there’s not a ton of evidence that things will be different this time. The Blue Devils need this game to keep their seed up and make their road in the tournament easier, and the Orange don’t have that motivation. As such, I’m backing Duke.