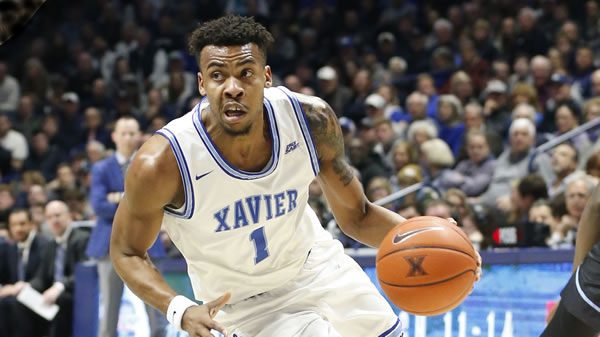 This game is about as big an opportunity as it gets for Connecticut, which has a great shot to boost its resume with a road win over a fellow at-large hopeful. Both the Huskies and the Musketeers project to be around the No. 6 line at the moment, and the teams will play twice in the next eight days as they attempt to sprint their way to the finish because of the COVID cancellations.

However, theres a sense that while these teams are currently in the same spot, they might be heading in different directions. Connecticut sits third in the Big East at the moment and has most of its toughest remaining games at home, with this being a noticeable exception. Xavier still has to go to Connecticut and Providence and is coming off losses to DePaul and Seton Hall, which has put some stress on what was a rock-solid candidacy. The Musketeers still have a good chance to make the field, but theyve got to pick it up on offense to do it: theyve broken 71 points in just one of their past seven contests.

The turnovers were almost a real problem against Marquette, but when you create second and third chances for yourselves, youre allowed a few free mistakes. The Huskies made life harder on themselves than necessary, but they got the job done and got a win that they badly needed.

There are a few concerns here, because UConn has a tight stretch of games to play and is far from deep, using only seven players for more than five minutes against the Golden Eagles. The Huskies also didnt take great care of the basketball against Marquette, and that could be a real issue against a Xavier squad that forces seven turnovers a game. If Connecticut cant get the ball to Adama Sanogo, its going to be tough for the Huskies to take control of the game.

The scariest part of this matchup for Xavier is how poor the rebounding was at Seton Hall. The Musketeers did almost everything right and should have won the game, but for two important flaws: rebounding and 3-point shooting. The Musketeers couldnt get any deep shots outside of Jack Nunge, who was 3-for-5 while the rest of the team shot 1-for-9. They almost got away with that, but the rebounding was nowhere near getting the job done, giving up 17 offensive rebounds to the Pirates in a two-point loss.

And that is terrifying, because the thing that Connecticut does better than anyone else in the Big East is rebound the basketball. Ironically, the thing Xavier will have to do to win this game is the thing it couldnt do in New Jersey: hit its 3-point attempts. Connecticut is rather pedestrian at defending the triple, so if the Musketeers start hitting, this game is theirs.

Tennessee will Cover If: The Huskies can establish themselves in the paint early and dominate on the glass. Xavier hasnt been an awful rebounding team this season, but the Musketeers could not compete against the Pirates. Connecticut is even better on the glass, and the Huskies need to establish their dominance from the word go.

Xavier will Cover If: The Musketeers can hit their shots from deep. There are no rebounds if you make all of your shots, and Xavier pretty much has to do that to compete with Connecticuts size. Getting some easy baskets off turnovers would also make a big difference in the Musketeers favor.

With how Connecticut limits teams to one shot and how Xavier isnt scoring, the Musketeers team total seems a little high. Unless Xavier gets hot from the 3-point arc, its hard to see the Musketeers getting to 71 in this game.

This spread seems to ignore the fact that Connecticut can dominate a game in the paint and Xavier really doesnt have much of an answer for it. The Musketeers have been getting by against some lesser teams, but theyve lost two in a row and dont seem ready for a Connecticut squad that has figured out its identity.

Ill take the Huskies to win outright. Bet your Huskies/Musketeers pick and all your Super Bowl prop bets for FREE by taking advantage of a 50% real cash bonus on your first deposit of $100 to $500 at Bovada Sportsbook! They offer rebates on ALL your wagers; win, lose or draw and pay FAST! Credit cards work there, although I personally would use Bitcoin to deposit because their BTC withdrawals are usually processed in less than an hour! Click here to sign up now!