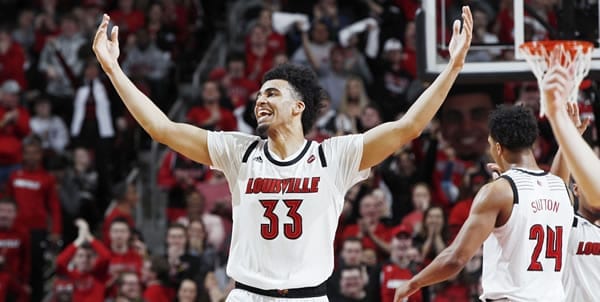 Funny enough, Florida State is the much faster of the two teams, despite the Seminoles having the reputation of being a defense-first squad. In fact, Florida State is still very much a defense-first squad, as the Seminoles only allow opponents to shoot 39.8 percent from the floor, which is how they’ve picked up some critical wins. One such game was Purdue, a game Florida State won despite shooting six percent from deep and getting pounded on the glass. It’s a theory that several ACC coaches have pushed in recent years: as long as you play defense, any game is winnable.

But when the defense has deserted Florida State, it’s really gone south in a hurry. When the Seminoles came to Indiana to play the Hoosiers, Indiana shot 55.6 percent and was in control from start to finish. Florida State has to get guards Devin Vassell and M.J. Walker to step up and give Trent Forrest a few real options when he’s running the Seminoles’ offense. Florida State opponents do not usually put up a lot of points, but when they have, the results have not been pretty.

It’s tough to get a great read on the Cardinals from their most recent game. On the one hand, they played Kentucky down to the final possession of regulation in their annual rivalry game, a contest that is notorious for being a tough one to call. On the other, the Wildcats scored the final eight points of overtime to pull away from the Cardinals and create the final margin.

The truth is that there is probably more positive than negative for Louisville in its loss to Kentucky, and the main part of that is the fact that Jordan Nwora was ineffective, and yet the game still came down to the wire. Nwora only managed eight points when he averages 20, and if you were looking at that before the game had started, the prediction probably would have been an easy Kentucky win, not a game pushed into overtime.

The reason the contest was close was that Steven Enoch and Dwayne Sutton stepped up in the interior and took advantage of their opportunities. That’s critical for the Cardinals because otherwise, other defenses would be focusing entirely on Nwora. Seeing his teammates step up is huge for Louisville.

Shot selection. There’s no secret that both of these teams are very much defense-first entities, and neither one gives up much in the way of getting a look at the hoop. Good shots against either side are a rare prospect, which makes the shot selection even more important than it usually would be. Louisville shoots the ball only slightly better than Florida State, so there’s no real difference between the teams there. This game is going to come down to basketball IQ and who the better-coached squad is. That’s another thing that makes this game tough to pick because these are two first-rate coaches in this contest.

The Seminoles can force mistakes. Florida State averages nearly ten steals per game, and in this matchup, that can be an extra ten possessions, a huge advantage given the way these teams play. Louisville has to take care of the basketball, something that it has done fairly well, for the most part, this season.

The Cardinals can force the Seminoles to settle for less-than-ideal shooting situations. Florida State is really another version of Louisville, just one that’s more dependent on steals than defending the shot than the Cardinals are. That’s not a knock at Florida State, which ranks just outside the top 60 in field goal percentage defense. Still, it speaks to just how strong Louisville is on its own field goal percentage defense, as the Cardinals rank sixth in the nation, which would be first in the ACC if they didn’t have to share a conference with Virginia and Tony Bennett. Florida State has to be patient.

These teams tend to play some pretty close games. Over the past three seasons, they’ve met four times, and every game has been decided by no more than five points, with one going to overtime. Florida State has gradually built its reputation as a true power in the ACC. In contrast, Louisville has had it from Day 1, given that it came into the league as a recent national champion. This is a good conference game between two good teams, and this is likely to be another tight game.

As for which way to go, I have to side with history here. History says that this game is going to come down to the final possession, and it features two of the best-coached teams in the ACC. That tells me that the point spread is a smidge too high.

I think Louisville is the better team and should get the win. But that’s going to come closer than the spread expects. Give me Florida State for the cover in defeat.