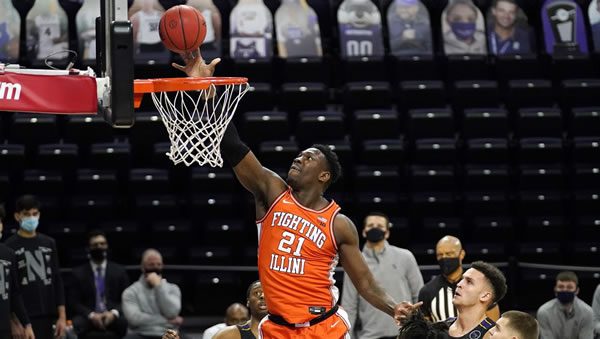 The Houston Cougars come into this matchup with an overall record of 30-5. On the season, the Cougars have performed well in their 14 non-conference games, posting a record of 12-2. In addition to their strong non-conference record, Houston has played well on neutral courts, going 7-1. Heading into this matchup, the Cougars are looking to stay hot, as they try to add to their current four game win streak.

Houston comes into this matchup as the more efficient scoring team. In these games, the Cougars have a record of 30-5 on an average scoring margin of 17.0. Even though Illinois trails Houston on the offensive end of the court, they enter this game holding the edge on defense. So far, the Fighting Illini are 22-6 with an edge in defensive efficiency. In these games, they hold an average scoring margin of 9.0.

Illinois is one of my least favorite teams to bet on as they’re wildly unpredictable. I can’t get past the huge difference in strength of schedule though. The Fighting Illini played WAY better teams this season and that matters! I’m betting on Illinois and taking those juicy 4.5 points!