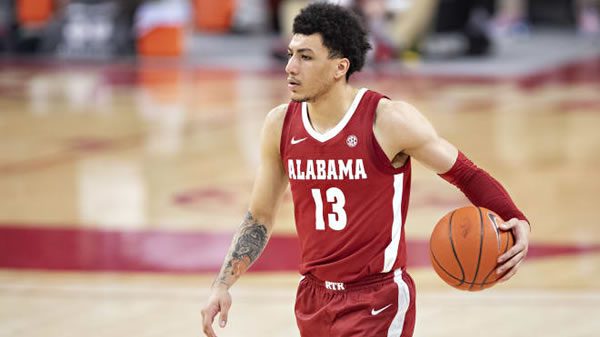 Alabama football has been incredibly easy to predict for the past decade or so. Alabama basketball this season? Good luck. The Crimson Tide rival Villanova for their total lack of consistency, as they’ve been talented enough to take down the likes of Gonzaga and Baylor, yet found a way to lose to Georgia and Missouri. Yes, the team that went to Seattle and gave Gonzaga one of just two losses this season is also the team that handed Georgia its only win in the SEC.

Kentucky hasn’t been quite that multiphrenic, although the Wildcats are still prone to the occasional head-scratcher themselves. Kentucky put it all together in routing Kansas last week in Lawrence, but the Wildcats are 0-4 ATS in their past four SEC contests. This game is huge for both teams because both have to be thinking about their resumes for March. Both are definitely in the field, but Kentucky badly wants to get up to that No. 2 line and join Purdue in Indianapolis, just a three-hour drive or less for most of its fan base. Alabama needs to get some wins on the profile to avoid dropping to the 8-9 or 7-10 game — a matchup that could be a real problem given the Tide’s inconsistent play.

The big test for Kentucky is how well they’re going to be able to run with Alabama. Kentucky plays moderately fast but not overwhelmingly fast, in large part because the Wildcats have a huge edge when they can get the ball to Oscar Tshiebwe. Plus, the Wildcats’ guards aren’t all that great on most nights, so Tshiebwe is going to be Plan A whenever possible.

Kentucky usually gets away with its guards not being able to shoot all that well because of Tshiebwe’s presence inside, which means the Wildcats usually get multiple cracks at the basket. When they can find Kellan Grady, things usually go well for them, as Grady hits close to 45 percent of his deep shots. Kentucky does move the ball well and does have good shooters from inside 20 feet; the problem is that the Wildcats are too 3-pointer happy because they have Tshiebwe to clean things up down low. That can make Kentucky totals tough to predict because the Wildcats will settle for the less-than-ideal shot from time to time and take their chances with getting the rebound.

What is Alabama when it can’t shoot the deep ball? The inconsistent mess that we’ve seen this season. Nate Oats’ team still puts up a lot of points because it moves the ball so quickly and creates tons of possessions, but it does so on both sides of the court. When there’s just that many shots taken, the law of averages says a lot is going to find the bottom of the net.

The biggest problem for Alabama is that the Tide just can’t seem to accept that they aren’t that good at shooting the ball this year. The Crimson Tide actually shoot better inside the perimeter this season, but their 3-point percentage has fallen from 35% to 31%. That drop makes a difference, and the difference has taken Alabama from elite on a nightly basis to somewhere between elite and ordinary, depending on the night.

Kentucky will Cover If: The Wildcats can let Tshiebwe go to work down low. The Tide really doesn’t have anyone who can match up with Tshiebwe in the paint, so if Kentucky is able to get the ball to him and let him take control of the contest, it’s hard to see how Alabama can come out with a victory.

Alabama will Cover If: The Crimson Tide can overwhelm the young Kentucky guards and force them to make bad decisions with the ball. The best way to stop Tshiebwe from the Tide’s perspective is never to let him touch the ball down low, and the Wildcats’ youth has a tendency to show up at inopportune times. The Tide’s guards are veterans; they need to force mistakes.

This is a high total, but with how Kentucky has been scoring the ball and how fast Alabama likes to play, I can’t see the number coming in Under. I think it’s worth the risk here.

This one is a do not bet game to me, as I do not trust Alabama in either direction. I’m going to take the Over and get out for this game. However, I need to make a recommendation of some kind, so I’m going to lean in Alabama’s direction. The win in Lawrence was the only sign that Kentucky knows how to play on the road; otherwise, this feels very much like the kind of game the Wildcats will have problems with. Reluctantly, I’ll take Alabama.