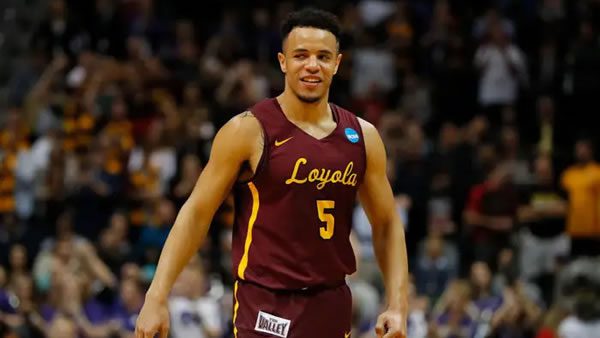 The Loyola Chicago Ramblers come into this matchup with an overall record of 25-7. On the season, the Ramblers have performed well in their 11 non-conference games, posting a record of 9-2. In addition to their strong non-conference record, Loyola Chicago found success at neutral sites going 5-2. Heading into this matchup, the Ramblers are looking to stay hot as they try to add on to their current 3 game win streak.

The Ohio State Buckeyes get set to host the Ramblers with an overall record of 19-11. On the season, the Buckeyes have performed well in their 9 non-conference games, posting a record of 7-2. However, the team went just 1-2 at neutral sites. Against Loyola Chicago, the Buckeyes will look to turn things around, as they are on a 2 game losing streak.

For the season, the Loyola Chicago Ramblers are averaging 73.4 points per game, good for a rank of 82nd in the NCAA. Defensively, the team is giving up just 62 points per contest (18th). On the other side, the Ohio State Buckeyes are the 66th ranked scoring offense, averaging 73.8 points per game while allowing 68.5.

Loyola Chicago take on the Buckeyes holding the advantage in defensive efficiency, giving up 64.0 points per 70.0 possessions (NCAA Average) compared to Ohio State at 71.0. When playing as the superior defensive unit, the Ramblers have a record of 24-6. Even though Ohio State trails Loyola Chicago on the defensive end of the court, they enter this game holding the edge on offense. So far, the Buckeyes are 18-9 with an edge in offensive efficiency. In these games, they hold an average scoring margin of 6.0.

The Ramblers come into this game with 36.3% of their overall scoring coming from made three-point shots. This figure places them above the NCAA average. So far, Ohio State has been a more balanced scoring team, with 32.9% of their points coming from beyond the three-point line. In terms of efficiency, Loyola Chicago has been the more efficient team, connecting at a rate of 38.0%, compared to Ohio State at 37.3%.

While LIU is the public’s darling, Ohio State should come away with the “W” here as they’re strength of schedule blows away the Rambler’s by a full 10-points! I’m betting on the bigger/more experienced school to move onto the next round!