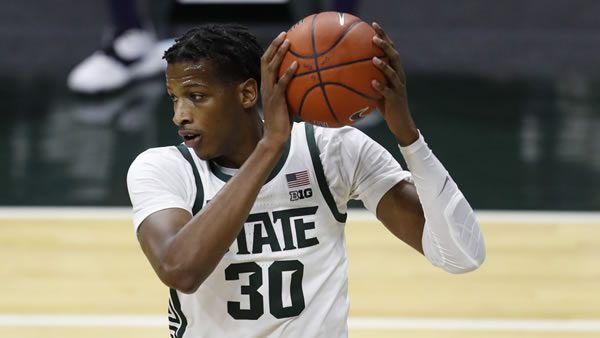 Michigan State Michigan St has no reported injuries at this time.

Duke Duke has no reported injuries at this time.

For the season, the Michigan State Spartans are averaging 72.1 points per game, good for a rank of 116th in the NCAA. On the defensive end of the floor, the team is giving up 68.6 points per contest. On the other side, the Duke Blue Devils are the 6th ranked scoring offense, averaging 80.1 points per game, while allowing 67.0

Duke enters this matchup vs Michigan State, having played 34 games as the more efficient offense and defensive team. In these contests, they have posted a record of 28-6. Through 35 games, the Blue Devils are averaging 80.0 points per 70.0 possessions (NCAA Average), compared to 73.0 for the Blue Devils. In these situations, Duke has an average scoring margin of 13.0 points. On the other side, the Spartans are 2-4 as the inferior team on both ends of the court. In these 6 instances, they hold an average scoring margin of -5.0.

For the year, the Spartans are well below the NCAA average in percentage of points from made three-point shots, sitting at just 29.8%. On the other side, the Blue Devils have been a very balanced scoring unit, with 30.7% of their scoring coming from downtown.

The Michigan State Spartans got hot at the perfect time and I believe they can win this game straight up. They’re playing better defense and had a better strength of schedule this season. Bet MSU with confidence and consider putting 10% of your bet on the money line!