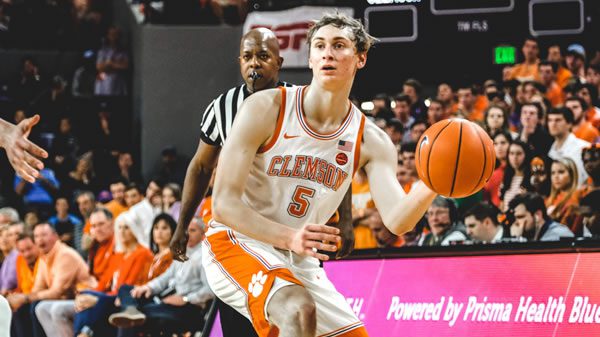 The Clemson Tigers get set to host the Wolfpack with an overall record of 16-15. On the season, the Tigers have struggled in ACC action. Through 20 games, the Tigers are 10nd in the conference with a record of 8-12. However, they have managed to put together an above .500 record when playing at home. Through 16 home contests, Clemson has a record of 11-5. Heading into this matchup, the Tigers are looking to stay hot, as they try to add on to their current 4 game win streak.

Clemson enters this matchup vs North Carolina State, having played 20 games as the more efficient offense and defensive team. In these contests, they have posted a record of 12-8. Through 31 games, the Tigers are averaging 74.0 points per 70.0 possessions (NCAA Average), compared to 74.0 for the Tigers. In these situations, Clemson has an average scoring margin of 7.0 points. On the other side, the Wolfpack are 1-4 as the inferior team on both ends of the court. In these 2 instances, they hold an average scoring margin of -6.0.

NC State only shot 40% over their last five games while giving up over 50% on defense. I absolutely love the Tigers to cover this game easily!